"What is this word 'Chhota Modi'? The BJP takes strong offence to the kind of language being used by describing someone like that. It is derogatory, scandalous and demeaning," he said. 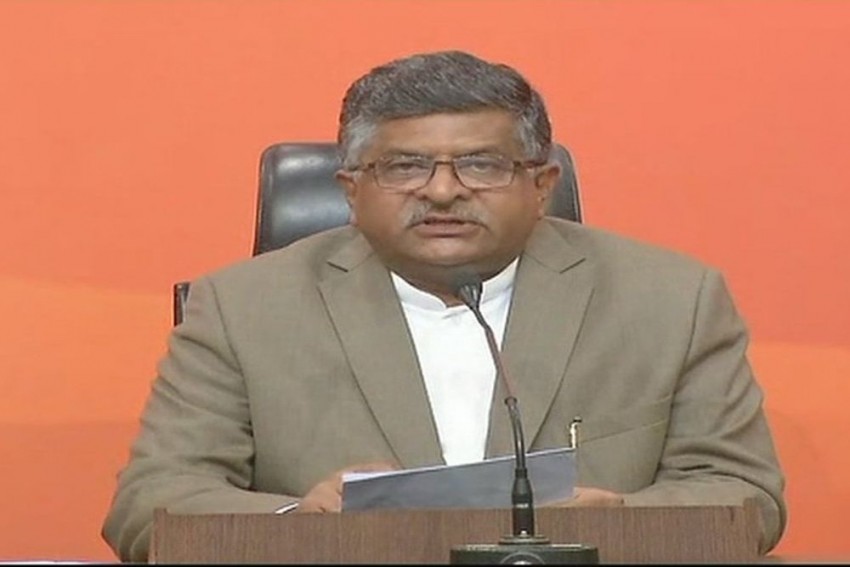 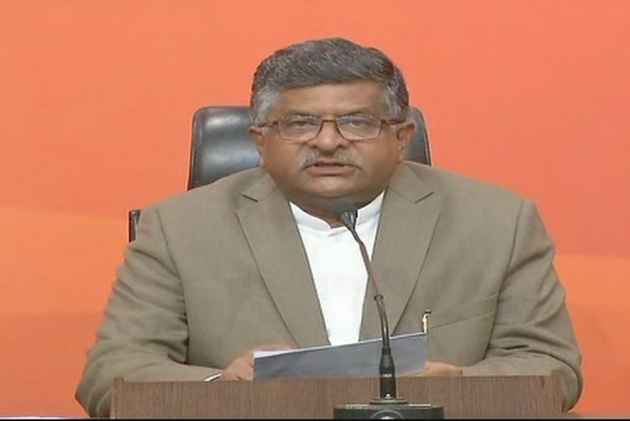 Law minister Ravi Shankar Prasad said on Thursday that the government has revoked the passport of Nirav Modi, the billionaire jeweller and diamond merchant accused of defrauding Punjab National Bank (PNB) of $1.77 billion.

Shankar Prasad told a press conference assets worth Rs 1300 crore have been seized and a look-out-notice against Modi has been issued, ANI reported.

"I wish to make it very clear and this I can also convey on the behalf of the government that no shall be spared in the banking system who has sought to derail ordinary banking system to help Nirav Modi. This is regardless of stature and status of concerned official," Prasad said.

He also lashed out at the Congress for using the word 'Chhota Modi' for Nirav.

"What is this word 'Chhota Modi'? The BJP takes strong offence to the kind of language being used by describing someone like that. It is derogatory, scandalous and demeaning," he said.

The Congress on Thursday lambasted Prime Minister Narendra Modi on Nirav Modi's fraud case asserting that the "government couldn't do anything" despite the tip-off in 2016 of the loot.

Addressing the jeweller as 'Chhota Modi' in a press conference, Surjewala said that Nirav was part of a delegation travelling with the prime minister despite "the complaint against him."

He further asked the Prime Minister Modi to take actions, adding that "otherwise Chote Modi will run away".

"On 26 July 2016, Prime Minister was handed with all papers regarding Nirav Modi and one of his relative. It was said that complaint had 42 FIRs. The Prime Minister Office acknowledged the complaint, they also sent registrar of companies to take some action. But in the end the government couldn't do anything. Modiji, take action, otherwise Chote Modi will run away," he added.

He asked how can Niravi Modi and managing director of Gitanjali Gems, Mehul Choksi dupe the entire banking system "under the nose" of Prime Minister Modi.

The Congress leader asked why the prime minister was quiet, adding that, "loot and run away" is the new motto of Prime Minister's government.

"The biggest bank loot scam has been exposed in the last 24 hours. Around 30 banks have lost money due to this scam," he said.

Prasad, however, said: Nirav Modi did not meet PM Modi at Davos. Nirav Modi had arrived in Davos on his own and was present at CII group photo event."

Earlier on Wednesday, the Punjab National Bank had confirmed fraudulent activities at its branches in Mumbai, worth transactions $1771.69 million for the benefit of some account holders.

Managing director of PNB Mehta said that the scam was started in 2011 and was detected in the third week of January this year, after which the PNB officials reported it to the concerned agencies.

Mehta further said that the government of India is monitoring the situation and the bank is getting full support in nabbing the culprits.

PNB has also suspended 10 of its officials in connection with the case.

Modi had allegedly cheated the bank to the tune of Rs. 280.7 crore.