To commemorate the protests and that were a huge part of our lives in 2021, here we have four poetries from 'Witness - The Red River Book of Poetry of Dissent (2021)' 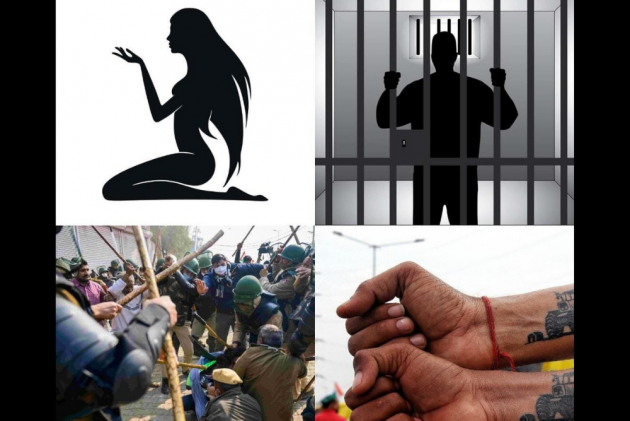 Though every year is in some ways a year of protests, 2021 will hold a special place in the hearts of many for the manner in which the protest led by farmers in India, against all odds, forced New Delhi to agree to its demands. One could even go so far as to say that this agrarian social struggle, given how it managed to achieve its objective of getting the three farm laws repealed, has been the most successful protest movement in the country over the past seven years.

As we look back at this year, during which protest was such a big part of our lives, we commemorate the idea of dissent through these four poems, from Witness - The Red River Book of Poetry of Dissent (2021).

According to Nabina Das, poet and editor of this volume , ‘Poets in this anthology lament the times fiercely, as Witness, as a ‘shaheed', in this fight against the brute forces. Because dissent is collective and works by gathering even the meekest voices, it is worthwhile to remember what the feminist poet Nirmal Prabha Bordoloi of Assam wrote: …keep a bit of the sky in your bosom. This is the change this book aims for.’

translated from the Tamil by Vivek Narayanan, Padma Narayanan, and the author 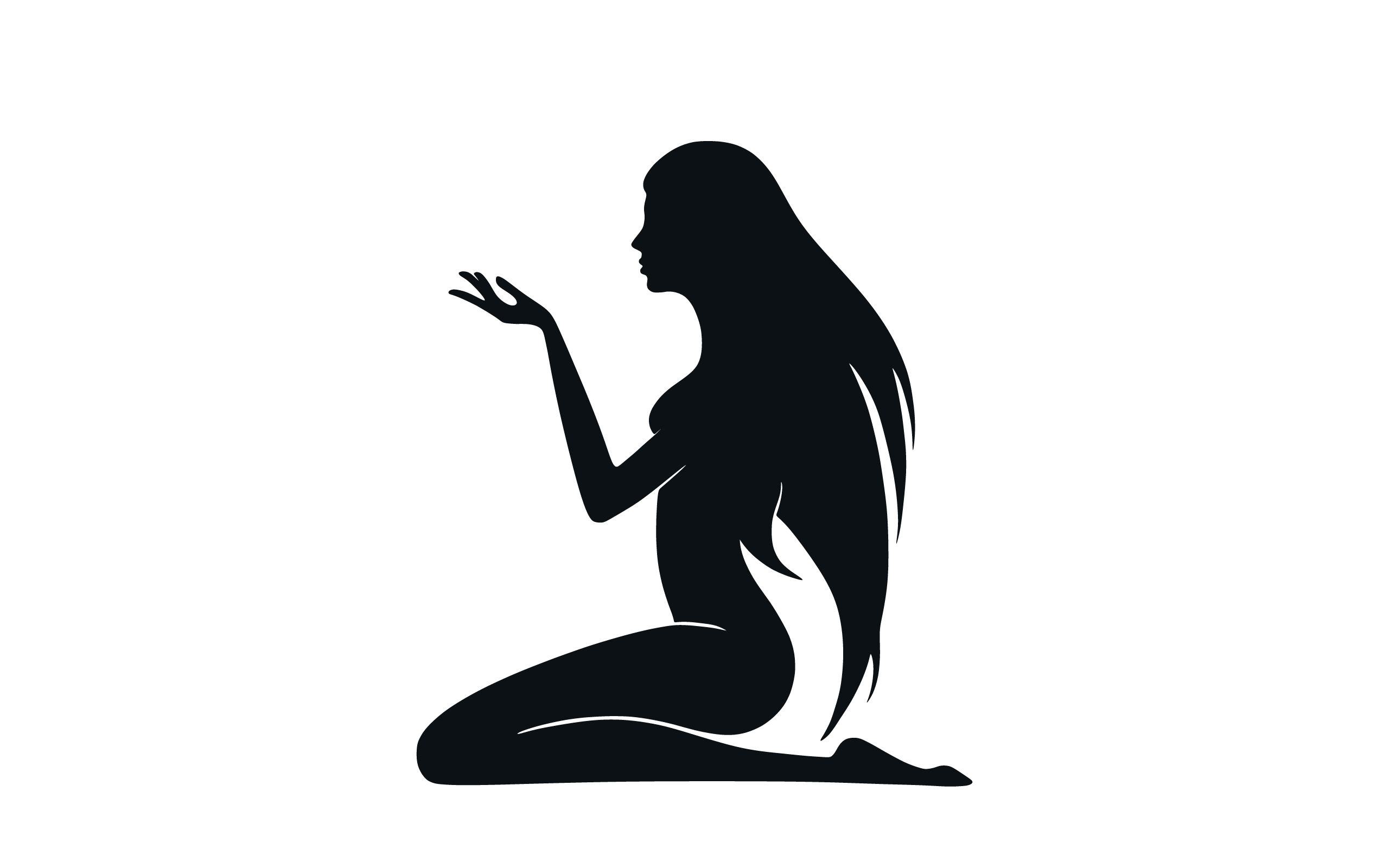 nakedness is the glittering weapon

When wet with blood’s sweat

it attains the perfection of its training

As trees reach their nakedness they

The Chinese soldiers used to say

your sword from the sheath

It isn’t easy to live with nakedness

When it grows and grows

it will torment you

But don’t ever draw

searching for the chance to use it

Even if it should rust and turn a sieve

Keep it with you

Make it your own

from Modern Poetry in Translation (UK), Issue 1/2017, ‘Songs of the Shattered Throat'

Kutti Revathi is eminent in bringing out the passionate poetical effervescence of a woman’s psycho-physic pursuits. The body of a woman and its politics, largely unspoken of in the public Tamil scenario, has been her pivotal focus. One of her major contributions to Tamil literature is Panikkudam, a Tamil literary quarterly for women writing, the first Tamil feminist magazine. Her works include fifteen collections of poetry, a novel and collections of short stories. She directed her debut feature film, Siragu in 2019.

Vivek Narayanan’s books of poems include Life and Times of Mr. S and the forthcoming AFTER: A Writing Through Valmiki’s Ramayana (HarperCollins India / New York Review of Books, 2022). 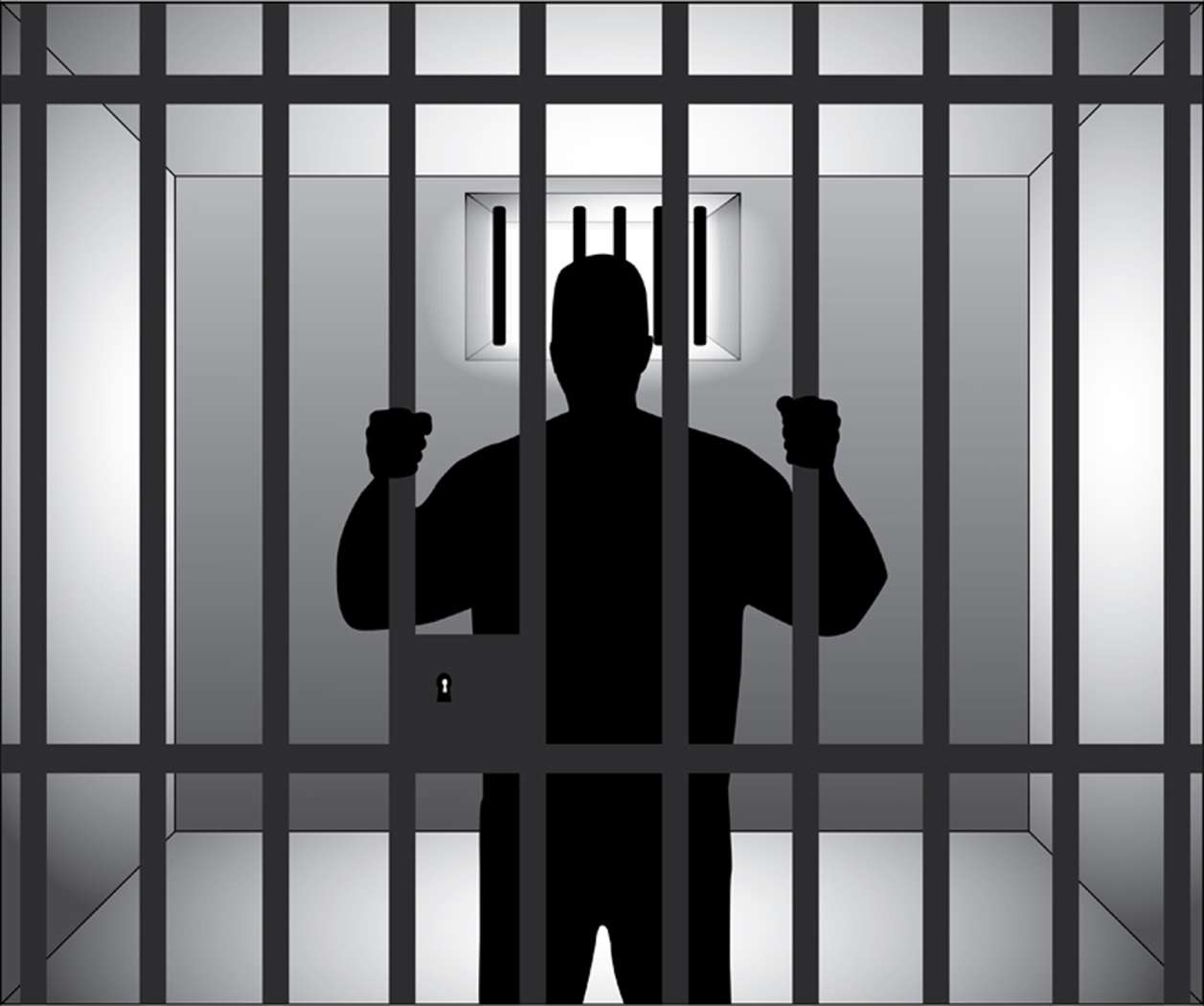 Mulaqat is a time

when women visit men in prison

and no one visits the women in prison.

Where you are locked up,

a cell is the building block of all organisms.

Poets are redundant. Poetry does not matter or it is all that matters.

They say, once you've been to a real prison

the metaphorical one is such a joke.

My brother has been to one, peddling, not for any exalted cause.

I do not know how he felt about it,

we do not talk.

I have seen it only in movies of a certain time,

the hero comes out after serving a life sentence of minutes.

He had to take law into his hand.

Always there is a waiting woman

outside the prison-blue arc that says Central Jail.

Detention is a halfway home

between the interrogation room and the prison

dying in installments, hoping in parts.

Do not be mistaken, an interrogation is not a question

that extracts truth from torture

as a Freudian slip of tongue.

It is rumored that

the young partake the prison

as a rite of passage.

sniffing out the prophetic poets of doom and hope

Indifference is a virtue

Soibam Haripriya’s work has appeared in the bi-monthly journal of Sahitya Akademi, Indian Literature. Recent anthologies where her poems are featured include A Map Called Home (2018), Centrepiece (2017) and 40 under 40: An Anthology of Post-Globalisation Poetry (2016). Her poems have been included in Muse India and Poetry at Sangam. She is presently a postdoctoral fellow at department of Conflict and Development Studies, Ghent University. She was a fellow at Indian Institute of Advanced Studies (IIAS), Shimla. 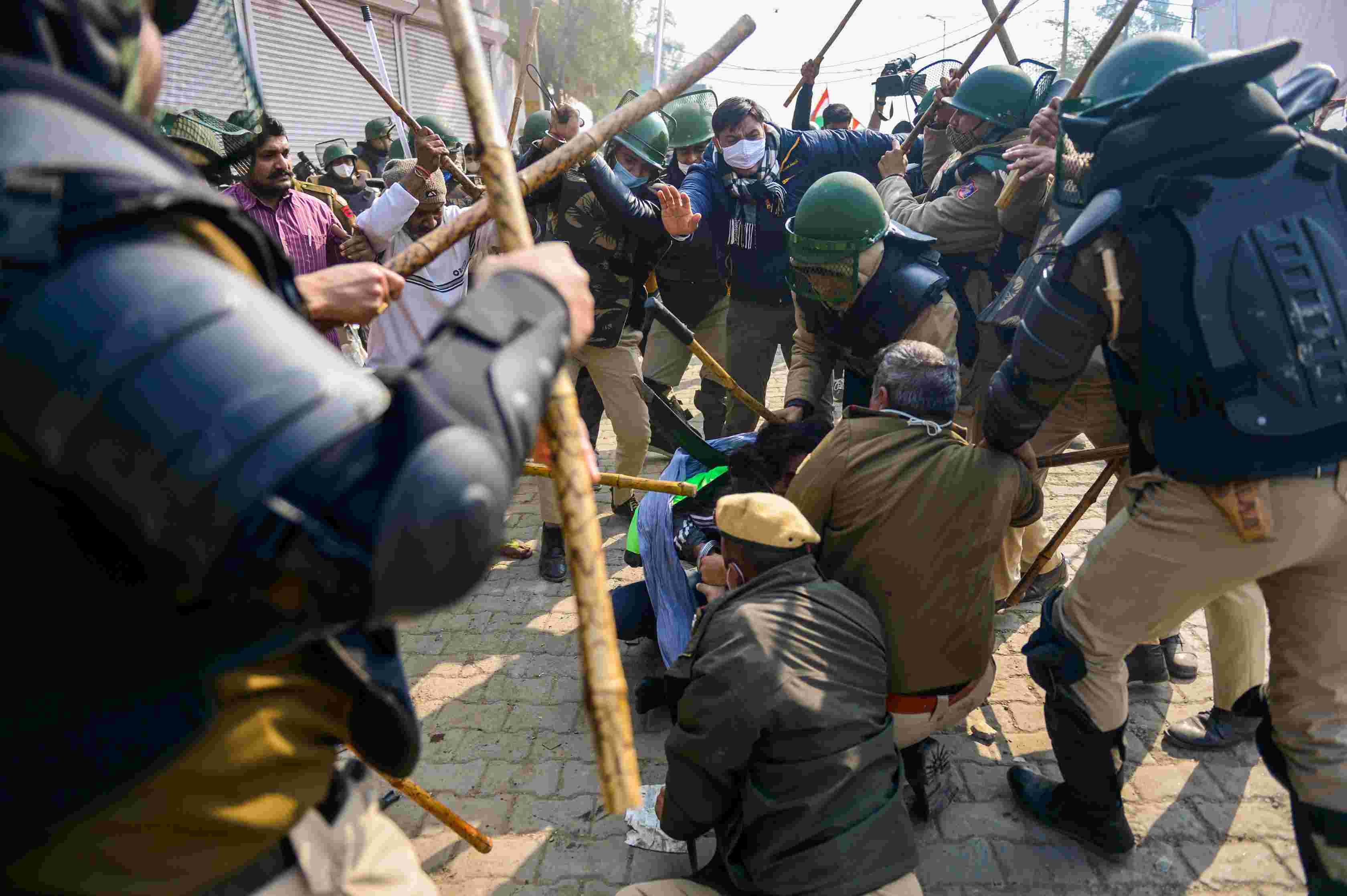 One day a bludgeoned man will become a martyr

A martyr for his people and his people will swarm around his corpse, feeding on his blood

His blood will fill their bellies and drive their thirst

And the murdered Khasi will murder Bengalis

The murdered Bengalis will murder Assamese

The murdered Assamese will murder Muslims

The murdered Muslims will murder Hindus

The murdered Hindus will murder Pakistanis

And Fear will raise its head

And touch every single ear and heart

And those hearts will pound violently

Their beat driven by Self-Righteousness

And Fear will strangle Love

Love will collapse under the weight

And be laid down alongside

It is like a fire that burns everyone in its path

It is like a whisper that contorts from ear to ear

Shaping Men's resolve and their weapons and

Men will hold their arms out, waiting for its brand

For only Men can hate, not the animals that kill innocently

Nor the insects nor the snakes

It moves only within our blood

And one morning the fires

leapt out of the earth

and from then on I only knew Fire.

I saw many learn the language and speak its tongue. I saw it spread across the land and engulf every hill and valley.

From that day, thugs roamed the land, demanding an identity from all they met.

One day they came up to me and asked where I got my nose from, then noted my address.

From that day, the children were led away and the parks closed down

and the blood ran through the streets

without fuss, like children's blood, then hardened into memories, glistening black.

Many picked them up on their way to work.

From that day, I heard only speeches and no songs, and each night was pitch black and the playgrounds were filled with embers and broken bottles. I knew that Joy was gone. And in its place, the gangrene bloomed.

Avner Pariat,  is a poet and writer based in Shillong. He writes in Khasi and English and has been published in a number of publications, including Economic and Political Weekly and Scroll. He was awarded an India Foundation for the Arts (IFA) grant and was a Literature Across Frontiers (LAF) artist-in-residence in 2017. He is currently working on an exclusively Khasi poetry collection to be released soon. His latest collaborative collection Open Me, My Shadow with Welsh poet Rhys Trimble is out from Poetrywala.

On the Other Hand 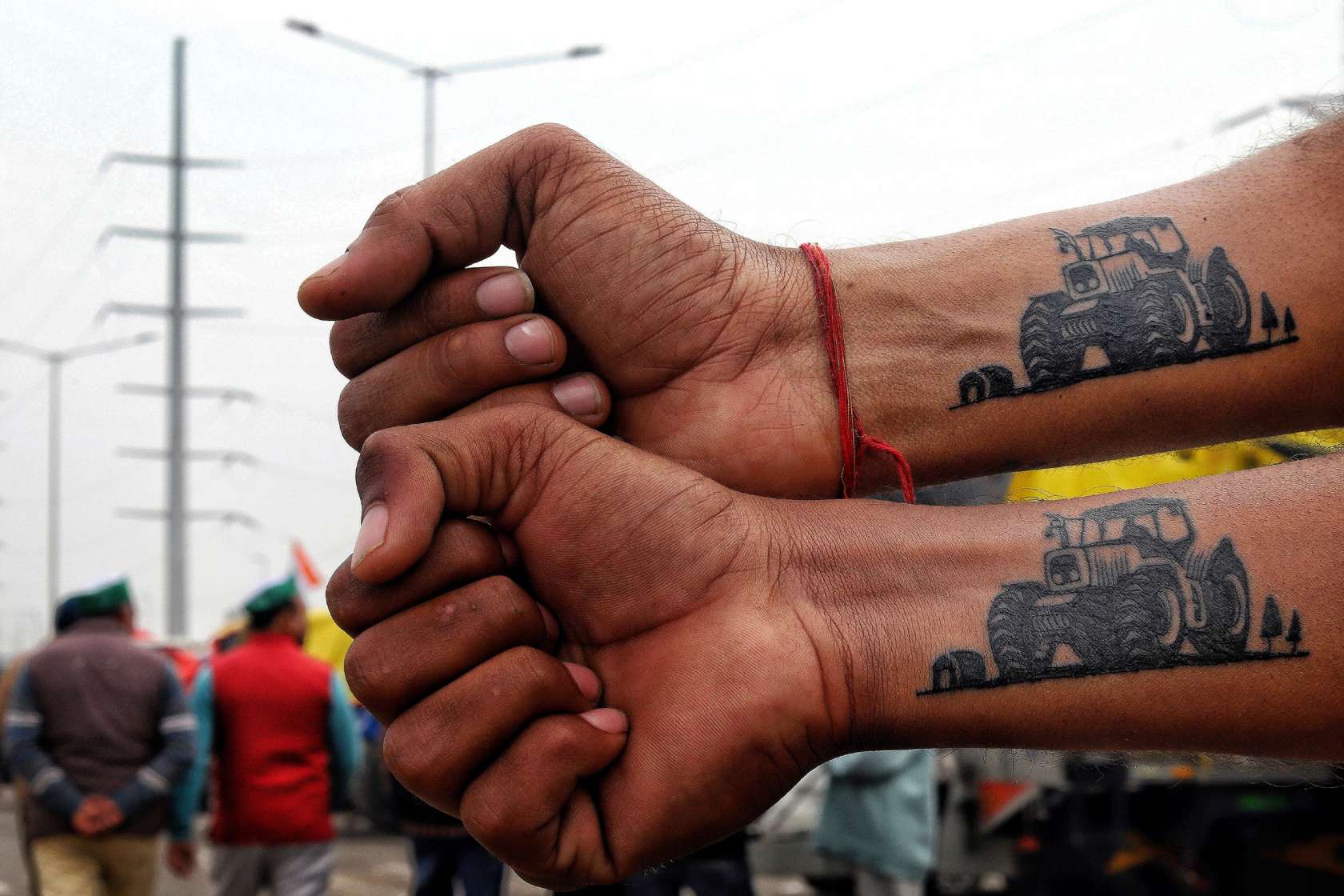 You could have used your right hand.

Painful, even, but you could have.

You did, you tried for a while.

But the left felt so natural, came so easy,

Worked so perfectly you couldn't go back.

You could have used your right hand

At work, in public places, returned

Only at home, in private.

But you forgot as you grew bolder,

And the world didn't stop.

You forgot to be wise.

Now you are called left-handed.

They asked so many questions

That you started looking for answers.

How many left-handed people are there?

Were there always so many?

How many were geniuses?

Is it the devil's mark?

Or is it perfectly normal?

Did it come from elsewhere?

Can it be cured?

What does left mean?

No, that's a much later idea.

Goddesses stand on the left,

And Hari to the left of Hara,

The wheel turns right or left

Depending where you stand.

Now you know too much, far too much,

Your closest friends are left-handed,

Though, to tell the truth,

Some left-handed people you can't stand.

How much longer can this go on?

In pre-dawn silence, I sometimes wonder,

Had no one noticed,

Any more than they do black eyes or brown,

Would I have been someone else?

Would I have written better verse?

Had a better life, or worse?

Ruth Vanita, professor at University of Montana, taught English at Delhi University for 20 years. She is the author of many books, including A Play of Light: Selected Poems. Her first novel, Memory of Light, appeared from Penguin in 2020. She has written many books on same-sex sexuality, most recently Love’s Rite: Same-Sex Marriage in India (updated edition Penguin 2021).