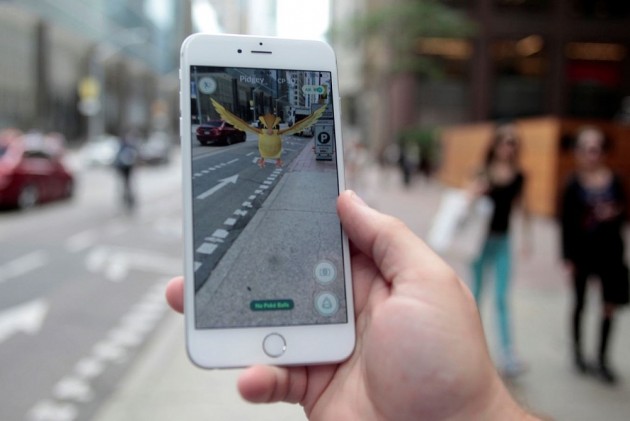 If you were wondering what new level the Pokemon Go craze would touch, the wait is over. It has landed itself in university curriculum. Salford University is allowing students to play the mobile phone game as a part of their degree course.

The university has said the game will make its business information technology course more "accessible". Lecturer David Kreps said, "We want new students to feel that our subject is accessible and easy to grasp. Pokemon Go fits perfectly with that. It uses various information systems that are accessed over the internet, a digital camera and a GPS location sensor.

"While we will be asking students to play Pokemon Go, it will get a little more complicated."

But the introduction has provoked severe criticism. Chris McGovern, of the Campaign for Real Education said it was 'farcical' and that it encouraged students to rack up huge debts on courses that opened up few job prospects.

It's a way of making education fun, students will surely want to say.

Prime Minister Theresa May has sounded the Brexit bugle by announcing that Article 50 of the Lisbon Treaty — the formal two-year mechanism for quitting the Brussels club — will be triggered by March and she will lead Britain out of the EU by April 2019. Not surprisingly, the pound fell.

Known as a half-hearted Remain supporter, May also revealed plans to enshrine all Brussels rules into domestic law, which she claimed would help smoothen the transition and unnecessary red tape can be abolished by parliament later.

While euro-sceptics in her party want Article 50 to be triggered earlier, her announcements have not gone down well with her party and pro-Remain MPs are threatening to derail the process. There have been demands from Tory rebels to hold an early election but new polling figures show she could quadruple her majority in the House of Commons, if she did so. But May is adamant there will be no early elections. So the months to come are bound to be tumultuous.

While the film Pink is getting rave reviews everywhere, here freshers at Oxford and Cambridge universities are being made to attend a controversial "consent class" where they are being told not to rape. Each first year student has to attend this compulsory class on sexual consent and rape during Freshers' Week.

In fact, rugby players at Oxford University will also have to attend anti-misogyny workshops later in the year to stamp out 'lad culture' among players.

Orla White, who graduated in 2016 and is Vice President for Women at Oxford University, said the classes will break "taboos and encourage discussions which didn't happen in sex education at school."

The classes which are held in some universities are around 90 minutes long and use worksheets with questions and scenarios to get students to discuss their views.

May be Indian senior schools and colleges should introduce such classes too.

While authors are vying to win the £50,000 Booker Prize next month, a London bookshop has found a unique literary award of its own, and surely many book lovers from across the globe would vie for it.

Last week, Mayfair's Heywood Hill bookshop launched the Library of a Lifetime to mark its 80th anniversary, wherein the winner will get "one newly published and hand-picked hardback per month, for life, delivered anywhere in the world."

To win this highly innovative award, readers have to nominate the book that has meant the most to them, and the winner will be named in a random draw. The title will need to have been published in English, or translated into English, after 1936, the year Heywood Hill was founded. The Mayfair shop, which sells a mix of new, old and antiquarian titles, was founded by George Heywood Hill, with the help of the woman who later became his wife, Anne Gathorne-Hardy.

Karin Scherer, of Heywood, said that "for the winner it will be an intellectual adventure of a lifetime... Every reader in the world will want to know about this life-changing prize. Whoever wins the first prize will never have to buy a book again. Instead they can look forward to a lifelong relationship with our bookshop and our booksellers."

Guess who are the people who have already put their nominations in? They actually include known authors including Kazuo Ishiguro, Donna Leon and William Boyd, with Ishiguro going for Dostoevsky's The Devils, calling "every character bonkers", Leon for Vikram Seth's A Suitable Boy because "it's wonderfully funny" and Boyd for Nabokov's Pale Fire, which he said was "unique, mind-boggling, hilarious".

The award got its inspiration from the bookshop's, A Year in Books subscription service, which offers users a reading consultation with the shop's booksellers to determine their interests, and then a new book each month. Scherer said, "Every person is different. Before we start, we will sit down with the prize winner and find out their reading preferences, and any likes and dislikes."

There is also a second prize and that is a one-year subscription to A Year in Books, and third prize is a hardback book every other month for a year. The competition closes on 31 October, after which Heywood Hill will use the entries to pull together a list of books covering the last 80 years of English-language fiction and nonfiction.

Look at them strut!

The way we walk says a lot about our personality. That is exactly what a research by University of Portsmouth has concluded. Using motion capture technology, researchers found that movements reveal certain personality traits, such as aggression, agreeableness and extroversion.

An exaggerated movement of both the upper and lower body or a 'swagger' indicates aggression, while an agreeable or extroverted person exhibits increased pelvic movements or 'hip sway'. Creative or conscientious people have less overall movement in a walk, that is, little swagger and little sway.

For instance, the researchers were surprised to find evidence of personality traits not typically related to social skills in the form of 'openness to experience' or creativity and conscientiousness. Liam Satchell, heading the research found, "Less overall movement in a walk (so little swagger and little sway in a walk) could predict how creative someone is and how well organised they are."

The study assessed the personalities of 29 participants using a standard personality test called the 'big five'. Participants completed a questionnaire that measured their levels of aggression and motion capture technology recorded how they walked on a treadmill at their natural speed. The researchers then analysed thorax and pelvis movements, as well as speed of gait.

This research is being seen as a first of its kind, which provides empirical evidence that links aggression with the way people walk.