Journalist Aasif Sultan works with the Kashmir Narrator. His family claims he is under illegal detention. 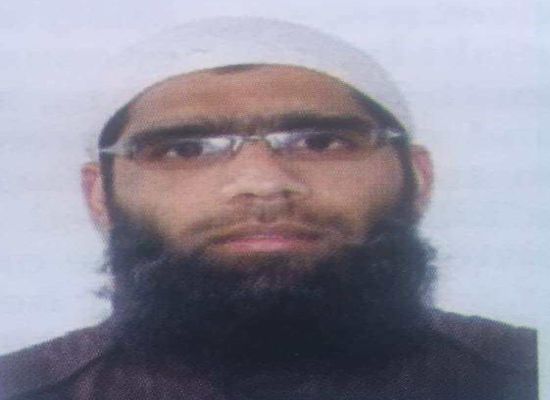 The Jammu and Kashmir Police have arrested a journalist working with a Srinagar-based magazine.

Journalist Aasif Sultan, who works with the Kashmir Narrator, was picked up from his home in Batamaloo on Monday night allegedly for questioning. His family claims he is under illegal detention for past six days and the police has not released him since then.

Showkat A Motta, the editor of the magazine, rejected the police's claim that they would keep him in detention for a day and release him in the evening.

Tariq Ali Mir, Sultan's colleague, posted took to Facebook and said the police questioned Aasif for his cover story in the previous issue of the magazine on slain militant commander Burhan Wani and his ideology. Tariq added that the police also took away Sultan's laptop, cell phones and other documents during the raid. He said the Kashmir Narrator has taken up the issue with international media watchdogs such as the IFJ and the CPJ.

“We demand his immediate release from illegal custody and action against police officials in charge of the station and SP of South Srinagar for keeping a journalist under illegal detention for a week,” a joint press statement of the journalist bodies said.

“We have learnt that Sultan is being questioned for his report on Wani, published in a recent issue of Kashmir Narrator, along with other stories and has been asked to report his sources to police”,  the journalist bodies said.

When contacted by Outlook, Chakravarthy said the journalist was called for questioning for past six days. He said the police would call him in the morning and release him in the evening.

He also said the police found evidence of Sultan being involved in unlawful activities. He was presented before the court and later sent to police custody. Chakravarthy, however, refused to reveal details about the “unlawful activities”.

“It is no secret that police and intelligence agencies have been trying their best to police the media in Kashmir, and harassing the media organisations and journalists has been a routine, but we want to make it clear that the journalist fraternity will fight such efforts tooth and nail,” the joint statement said.

“We are seeking release of Sultan at an earliest and ask the government and police chief to explain the laws and rules under which he has been kept in lockup for the past six days.”