The notice was issued to the Chief Secretary and Maharashtra Director General of Police Datta Padsalgikar. 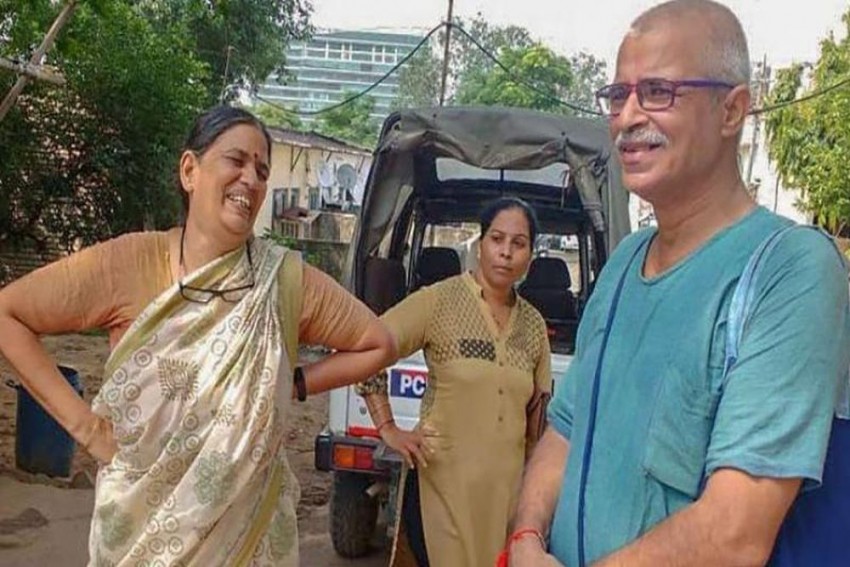 the NHRC said that the arrests were made violating the procedure and thus a report has been sought by the body in the matter within four weeks.
File Photo- PTI
Outlook Web Bureau August 29, 2018 00:00 IST Police Did Not Follow Procedure While Arresting Five Rights Activists: NHRC 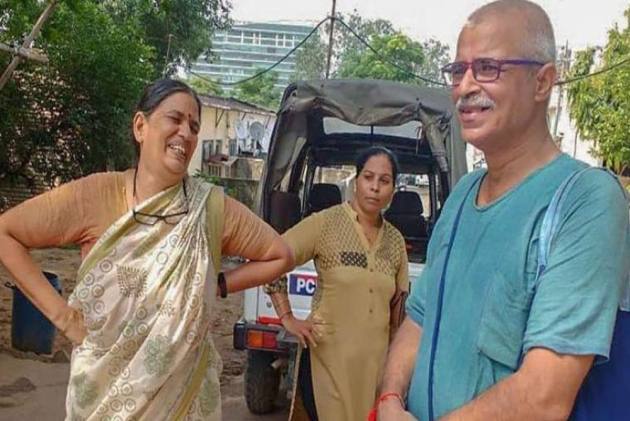 The National Human Rights Commission (NHRC) on Wednesday slammed the Maharashtra government for not following the standard procedure while arresting the five rights activists in connection with in Koregaon-Bhima violence case.

The body has served a notice to the state government demanding a reply after the Pune police raided houses and arrested activists on Tuesday.

It pointed out that the arrests were made violating the procedure and thus a report has been sought by the body in the matter within four weeks.

Taking suo motu cognisance of media reports, the NHRC said "it appears, the standard operating procedure in connection with these arrests has not been properly followed by the police authorities, which may amount to the violation of their human rights."

The notice was issued to the Chief Secretary and Maharashtra Director General of Police Datta Padsalgikar.

To prove its point, the Commission referred to the reports in which the Delhi High Court stayed the transit remand for civil liberties activist Gautam Navlakha, observing that police have not been able to satisfactorily explain the offence he had been arrested for.

Citing another instance, the commission reiterated reports on lawyer-activist Sudha Bharadwaj's case for a transit remand was pending before the Chief Judicial Magistrate of Faridabad.

"The activist has told the court that she had nothing to do with the incident for which she has been arrested. According to her, the FIR did not even name her and she is being harassed and arrested only because of her ideology," the NHRC said in a statement.

"In the case of activist Gautam Navlakha, reportedly, the court has questioned how Pune police managed to get a transit remand from a Delhi court without any witness. The court has also directed translation of the police documents into English which are in vernacular language," it added.

It also pointed out that earlier it had received a complaint from a Geneva-based NGO pertaining to the illegal arrests of five rights activists in June, some of whom were also raided in April.

Following those arrests, the NHRC had issued a similar notice to the state government on June 29, but the latter did not submit any report.

As in June, these arrests were made in connection with the ongoing investigations into the January 1 caste riots in Koregaon-Bhima in the Pune district and a subsequent complaint lodged in the matter.

Besides, police raided another eight activists across the country, including Kranti L.C., Fr. Stan Swami, and Anand Teltumbde, in the major operation as part of the ongoing probe into the involvement of Maoist supporters into the Koregaon-Bhima riots.

Officials described Tuesday's operations as a 'follow-up' to similar action taken in April-June when the Pune police swooped on over half a dozen Dalit activists and those involved with the Kabir Kala Manch, which organised an Elgar Conference in Pune on December 31, 2017.

The next day, on January 1, caste riots erupted in Koregaon-Bhima which left one person dead, culminating in a Maharashtra shutdown on January 3 called by the Bharipa Bahujan Mahasangh, headed by Prakash Ambedkar, grandson of B.R. Ambedkar.

National Registry Of Crimes Against Women To Be Launched In September