The matter came to light after two complaints of snatching were received in North Delhi’s Civil Lines police station, they said. 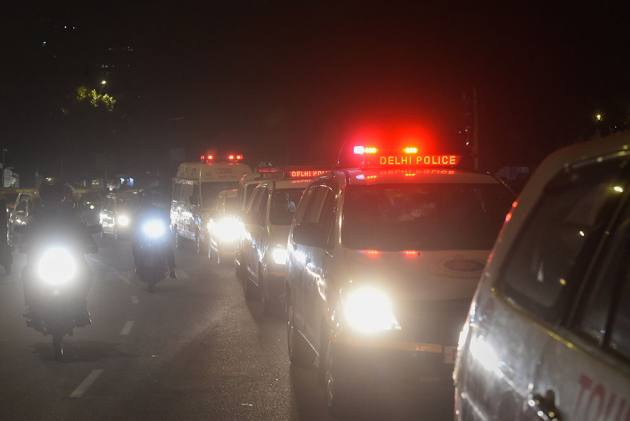 A 'lucky' green jacket of a 27-year-old snatcher has put him behind the bars for allegedly stealing and later selling stolen mobile phones to passengers near railway stations and bus terminals on the pretext of a false story, police said on Tuesday.

Accused Faraz, a resident of Kucha Rehman, Ballimaran, who was previously involved in seven cases of snatching, hurt and Arms Act registered at different Police stations of the district, they said. He was released from jail in August, 2021.The accused considered his favourite green jacket 'lucky' as it had saved him from being caught many times but it took him behind the bar this time, police said.

The matter came to light after two complaints of snatching were received in North Delhi’s Civil Lines police station, they said. According to police, the first complaint lodged by an ambulance driver, alleged that on January 2, at about 7:45 am, when he was walking towards Bhairo Baba Mandir, and reached a petrol pump in the Civil Lines area, he got a call from his friend. Suddenly, the accused came on a two-wheeler and snatched his mobile phone before fleeing the spot.

After two days, police said they received another complaint from a labour in Sadar Bazar who alleged that on January 4, at about 9:20 AM, when he was crossing the road in front of a hospital, suddenly the same accused came on a two-wheeler, without helmet, snatched his mobile phone and fled away towards ISBT side.

Deputy Commissioner of Police (North) Sagar Singh Kalsi said with the help of  technical investigation and scanning CCTVs the police got a lead at Jama Masjid area. On the basis of CCTV footages, the police team came to the conclusion that the same person is involved in both the snatching cases, who wears a green colour jacket and both the incidents took place in the morning hours

"During interrogation, Faraz confessed about committing both the snatchings in the Civil Lines area  and also disclosed about committing many snatchings in the North and Central district areas. "He used to sell the mobile phones to passers-by and passengers near the railway stations and ISBT areas by narrating a false story of being in trouble," Kalsi said. Police said eight high end mobile phones along with a two-wheeler used in commission of snatching was seized from his possession.