US Capitol Police Gets Ready For Rally Supporting January 6 Rioters, Includes US National Guard For Security 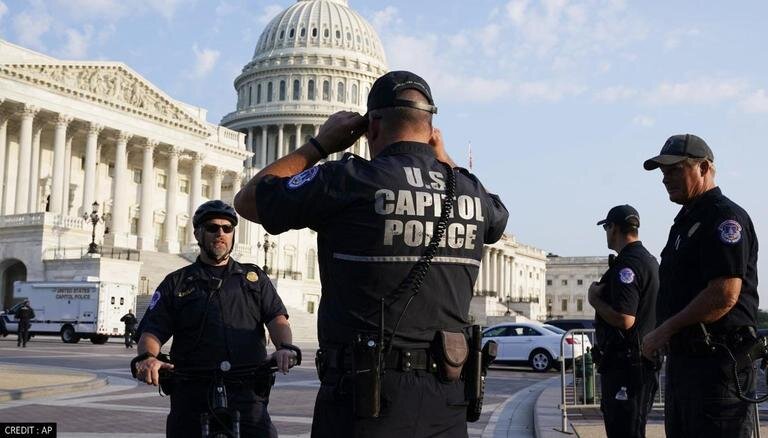 The fence around the Capitol is back up. The DC police department is at the ready, and US Capitol Police have requested assistance from nearby law enforcement agencies including the US National Guard.

Persistent attempts to rewrite the narrative of the violence and panic of the day, and the increasing volatility behind the lie that the 2020 election was stolen have made it impossible to predict what may happen this weekend. After all, law enforcement was only expecting a free speech protest the day Trump supporters stormed the Capitol in an effort to disrupt the certification of Joe Biden's victory.

Capitol Police Chief Tom Manger said at a news conference Friday it was difficult to say whether threats of violence for the Saturday event are credible, but “chatter” online and elsewhere has been similar to intelligence that was missed in January.

A permit for the protest allows 700 people. Manger said he believes the most likely possibility for for violence Saturday will involve clashes between the protesters and counter-protesters who are expected to show up. Police are also preparing for the possibility that some demonstrators may arrive with weapons.

“We're not going to tolerate violence, and we will not tolerate criminal behavior of any kind," Manger said.

The American public and members of Congress have an expectation that we protect the Capitol. And I am confident that the plan we have in place will meet that expectation.”

The rally, organized by former Trump campaign staffer Matt Braynard, is aimed at supporting people who have been detained after the Jan. 6 insurrection — about 63 people held behind bars out of the more than 600 charged in the deadly riot. It's the latest attempt to downplay and deny the January violence.

“Hopefully the overreaction of law enforcement is actually the thing that can keep this from getting out of hand,” Kinzinger said in an interview Thursday. He predicted that people will criticize the effort if the protest is small and nonviolent, “but that's what needs to happen because January 6th obviously was an underreaction and it escalated.”

Intelligence collected ahead of Saturday's rally has suggested that extremist groups such as the Proud Boys and Oath Keepers will turn up. But some prominent members of the groups have sworn they aren't going and have told others not to attend. Far-right online chatter has been generally tame, and Republican lawmakers are downplaying the event.

Defense Secretary Lloyd Austin approved a request for about 100 members of the DC national Guard to be stationed at a city armory near the Capitol, to be called if needed as backup for other law enforcement agencies. They will primarily protect the Capitol building and congressional offices. They'll be without firearms, but will be equipped with batons and protective vests for self-defense.

Meanwhile, a Homeland Security intelligence report warned of social media posts that discussed possibly storming the Capitol the night before the rally.