The additional SP said, "We have taken action under the relevant sections of the Narcotic Drugs and Psychotropic Substances Act. Now, these accused or their family members cannot sell, rent or gift these properties to anyone." 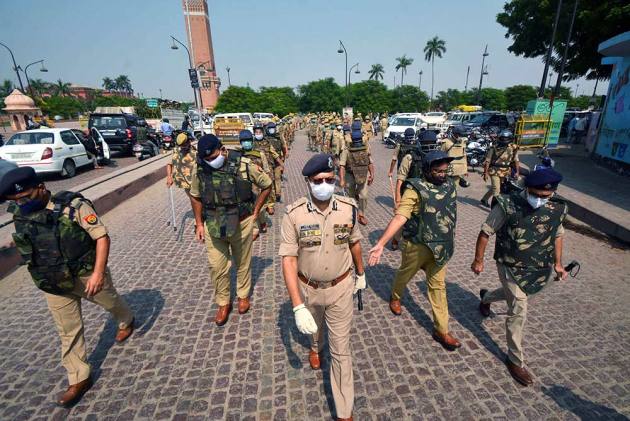 The assets of Shaheed Khan a.k.a. Chhote, a village head, identified as the leader of a gang operating from Bareilly district for the past several years has been seized by the police. The assets are valued at Rs 50 crore. Additional Superintendent of Police (Rural) Rajkumar Agarwal termed this as 'the biggest action against any drug mafia in the state so far.'

The police have also sought permission to attach assets worth Rs 16.5 crore of his nephew, Taimur Khan a.k.a. Bhola, who allegedly runs another gang of drug suppliers in Bareilly. According to police, Shaheed Khan, 52, is currently lodged in the district jail while most of his family members are either behind bars or have gone underground. Taimur Khan, 35, is lodged in Delhi's Tihar jail.

The additional SP said, "We have taken action under the relevant sections of the Narcotic Drugs and Psychotropic Substances Act. Now, these accused or their family members cannot sell, rent or gift these properties to anyone."

BJP Wants To Know Who Is To Blame For Bypoll Loss In Himachal Pradesh, Cadres Or Leaders

Shaheed's assets include a shopping complex, agricultural land, a marriage hall, luxurious cars and multiple houses, he added. The police officer informed that Shaheed and his nephew, Saif, were arrested on August 18 at the Padhera village under the Fatehganj police limits. Twenty kilograms of heroin, valued at Rs 20 crore in the Indian market and three times more in the international market, was seized from them.

"We found out that Shaheed has a vast network. He gets opium and other narcotic substances from Jharkhand and processes them into top quality smack, which is in high demand in Uttar Pradesh, Punjab, Haryana and Delhi. The police had identified various assets acquired by Shaheed over the past six years, using the money earned from smuggling drugs," he said.

He further said, "We froze the assets and reported them to the Smugglers and Foreign Exchange Manipulators (Forfeit of property) Act tribunal for forfeiting the assets. Shaheed filed an appeal against the move and was asked to provide details about the source of income for the assets he and his family had bought."

Shaheed and his family could only provide the sources for property worth Rs 1 crore. "The SAFEMA tribunal thereafter ordered seizure of the remaining property worth over Rs 50 crore," the additional SP said.