The Thorat Committee appointed by Mr Kapil Sibal for reviewing the 'controversial' cartoons in school textbooks has recommended blanket removal of many cartoons, but there was one dissenting note to the report 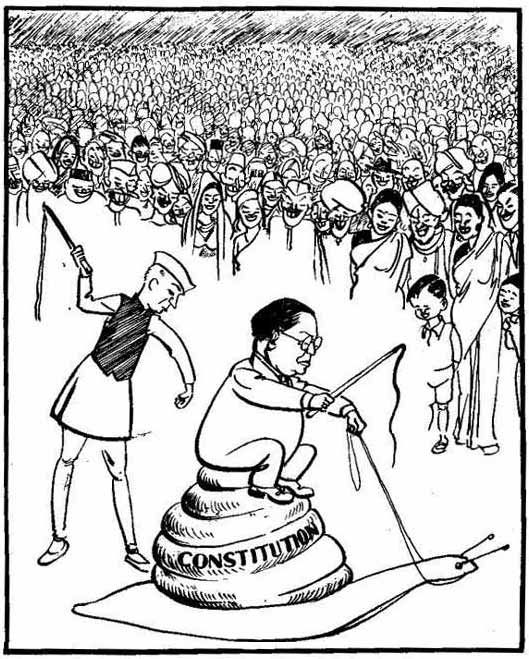 It is hardly possible, in my considered opinion, to identify ’educationally inappropriate material’ in the textbooks under review, without taking into account the pedagogic intent and the pedagogical methods of these books.

Firstly, in the light of the National Curriculum Framework 2005, the former Director of the NCERT, Prof. Krishna Kumar, notes in the foreword to each of these textbooks, ‘Treating the textbook as the sole basis of examination is one of the key reasons why other resources and sites of learning are ignored. Inculcating creativity and initiative is possible if we perceive and treat children as participants in learning, not as receivers of a fixed body of knowledge.’

In other words, the pedagogical intent of these textbooks is to treat learning as a series of creative and critical acts in interpretation, mediated both by the classroom and the wider world. For instance, in Democratic Politics—I (Textbook in Political Science for Class IX), the Advisors to these textbooks write, ‘…You may encounter many contentious themes during this tour. Our attempt here is not to hand over a definite opinion to the students but to enable them to think on their own.’ 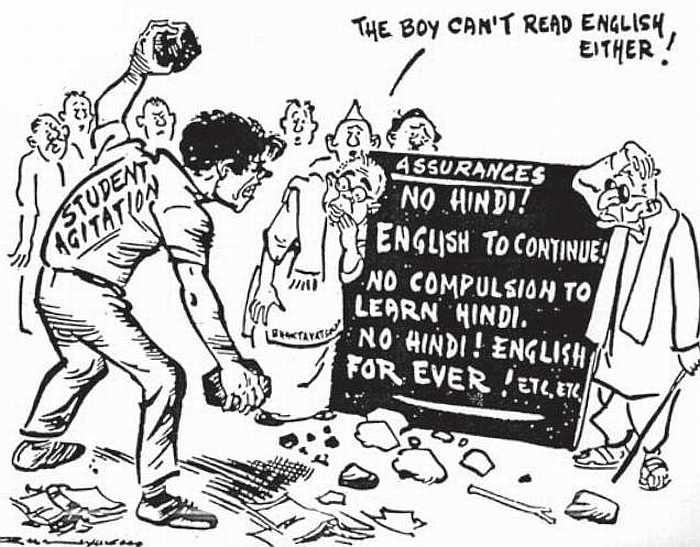 Again, the visual material in the books—postal stamps, photographs, advertisements, cartoons etc. — are selected and arranged in such a manner that these textbooks do not ‘hand over a definite opinion to the students but to enable them to think on their own.’ Referring to this particular role of the visuals in the textbooks. Democratic Politics—I: Textbook in Political Science for Class IX, for instance, notes, ‘Munni and Unni are two characters specially designed for the book by cartoonist Irfan Khan. The two of them keep appearing every now and then to ask all kinds of questions: impish, irrelevant, irreverent or even impossible. The questions are sparked off by the points made in the text. But in most cases you will not find the answer in the textbook itself… They give the space to take a detour and get into a side discussion that is often richer than the main one…’

In other words, the visual materials in the textbooks do not merely illustrate the text, but engage with it in a critical dialogue, opening up spaces for the learners to enquire, question, and interpret. Given this pedagogical method, the text and the visuals in these books cannot work independent of each other. In a manner of speaking, only in the mutuality of the text and the visuals, these textbooks realize their pedagogical intent. Doing them apart will be pedagogically deleterious.

Finally, the National Curriculum Framework 2005 also places emphasis on ‘values enshrined in the Constitutions of India’ as one of the foundational principles of school-level pedagogy. The textbooks consciously and splendidly capture these values.

Let me offer two instances from Democratic Politics- I: Textbook in Political Science for Class IX. k offers the learners following set of reasons justifying democracy as a political system:

‘Democratic government is a better government because it is a more accountable form of government.’; ‘…democracy improves the quality of decision making.’;

‘Democracy provides a method to deal with diff-erences and conflicts.’; ‘Democracy enhances the dignity of citizens.’; ‘…democracy is better than other forms of government because it allows us to correct its own mistakes.’

All these statements are highlighted in the book by employing bold typefaces.

What is more, one of the exercises given to the learners, asks the learners to do the following:

‘Form different groups in your class and collect different types of information (newsclippings, articles, photographs, cartoons, etc.) about struggle for democracy in any country that is currently not democratic.’

Yet, it is common knowledge that politics on ground strays away often from ‘values enshrined in the Constitutions of India’. In the spirit of upholding these values, the books invite the learners—often by means of political cartoons—to reflect seriously on these real-life deviations in politics.

Against this backdrop of the pedagogical intent and method of these textbooks—which are indeed imaginative exercises in critical pedagogy—I read all the textbooks with care, and from my own location as a teacher, as a parent, and as someone who has a steadfast commitment to certain kind of transformative politics. While reading these textbooks, I did take into account the suggestions by subject experts and the concerns expressed by political parties, educational
and other NGOs, and public intellectuals. After the rewarding exercise of reading them, I do not find—let me confess, contrary to my expectation — anything educationally inappropriate in them; and they should be used as they are.

This, however, does not mean, these textbooks are forever. Like everything else — be it life, society or political icons — these books will court redundancy over time. In my judgment, that time is not yet. After all, what is often being perceived as ‘politically incorrect’ need not be educationally inappropriate’ .