Many hope that this election will bring the much-needed political stability to the Himalayan nation. 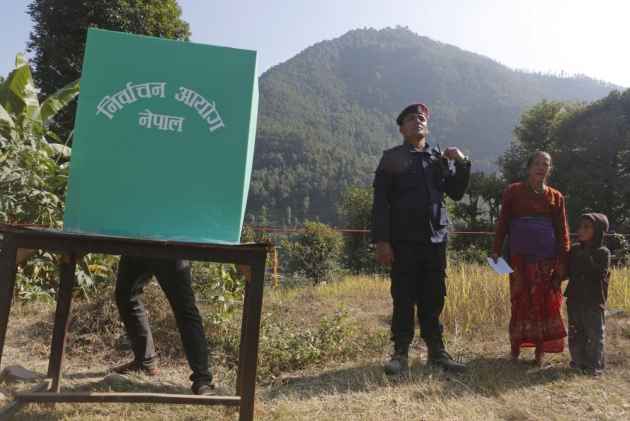 Nepal today opened polling in 45 districts for the last phase of the historic provincial and parliamentary elections in hope that it will bring the much-needed political stability to the Himalayan nation.

More than 12.2 million voters are eligible to exercise their voting rights in the second phase of the polls.

The voting is taking place for 128 constituencies of Parliament's House of Representatives and 256 seats of Provincial Assemblies in 45 districts.

In total 4,482 candidates, including Prime Minister Sher Bahadur Deuba, will be trying their fate in the final phase.

As many as 15,344 polling centres have been set out for the polling that started early today amid tight security and will continue till 5 pm.

The first phase of the polls in the land-locked country was successfully held in 32 districts on November 26.

Around 200,000 security personnel, including the Army, have been deployed for the polls in an attempt to step up security in the wake of explosions at various parts of the country ahead of the elections.

This is for the first time that elections for Parliament and Provincial Assemblies are being conducted under the new Constitution promulgated in September 2015.

The elections will elect 128 Members of Parliament and 256 Members of the Provincial Assemblies.

The House of Representatives consists of 275 members. Of them, 165 are elected directly under the First-Past-the-Post system while the remaining 110 come through Proportional Representation system.

The elections are being seen as the final step in Nepal's transition to a federal democracy following a decade-long civil war till 2006 that claimed more than 16,000 lives.

While many hope Nepal's first state elections will hasten regional development, others fear they will spark a fresh wave of violence.

In 2015, when Nepal adopted a new Constitution that split it into seven states, dozens of people were killed in ethnic clashes over territory and rights.

Following the adoption of the new Constitution in 2015, the ethnic Madhesi group, mostly of Indian-origin, protested for months, saying they were not getting enough territory in one of the states and were also facing discrimination.

The polls are a major step toward implementing the new Constitution.