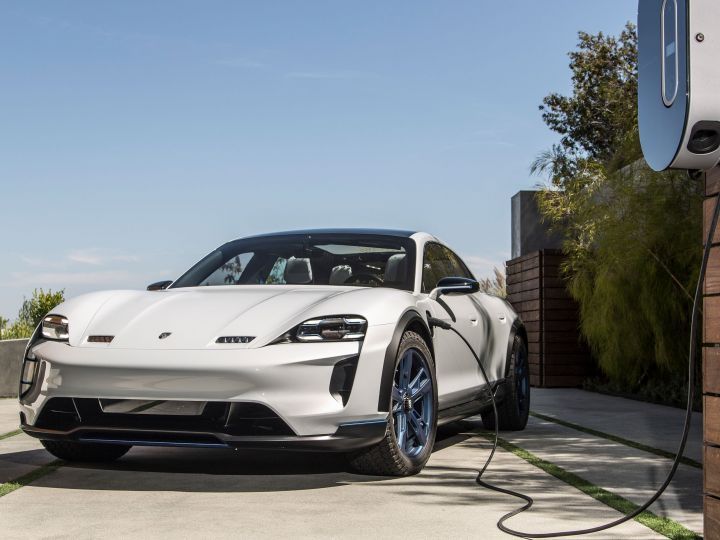 If you’re finicky about wanting a car that’s electric but not timid, spacious but not humongous and rugged but not an SUV, then Porsche might have just the thing for you. The Stuttgart-based manufacturer has confirmed that the Mission E Cross Turismo, an all-electric Cross Utility Vehicle (as Porsche calls it) based on the upcoming Porsche Taycan electric sports car. First showcased as a concept at the 2018 Geneva Motor Show, the key focus of the Mission E Cross Turismo is its flexible interiors. With a spacious boot and plenty of hooks and straps, the Cross Turismo is capable of accommodating a whole bunch of sporting equipment, including the Porsche e-bike, while seating four occupants. Furthermore, the backrests of the seats can be folded down to increase boot space. 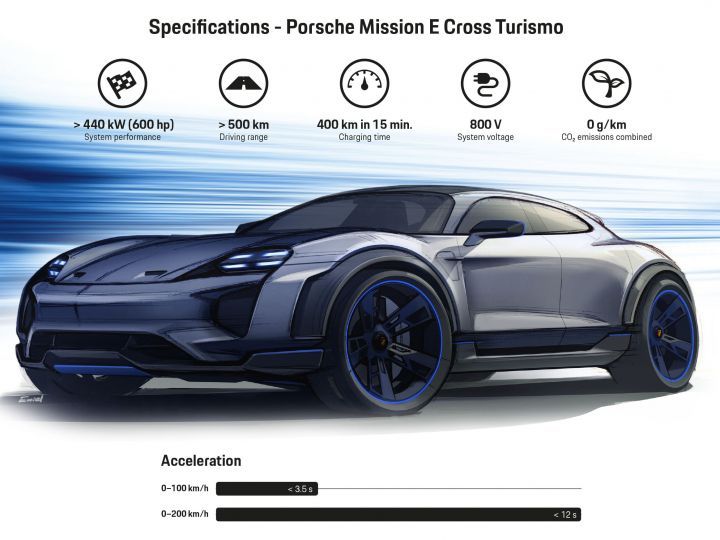 But since it’s a Porsche, performance cannot take a back seat. As a result, powering the Mission E Cross Turismo are two permanent magnet synchronous motors which send a combined power output of 600PS to all four wheels, enough to launch the car from 0-100kmph in just 3.5 seconds and 200kmph comes up in just 12 seconds. Handling characteristics are taken care of by active torque vectoring, adaptive air suspension and four-wheel steering. But that's not all, the 800V lithium-ion battery pack, which sits low in the body, gives the Cross Turismo a range of over 500km on a single charge! Additionally, Porsche claims that the Mission E Cross Turismo will support wireless charging and can cover 400km with just a 15 minute quick charge. 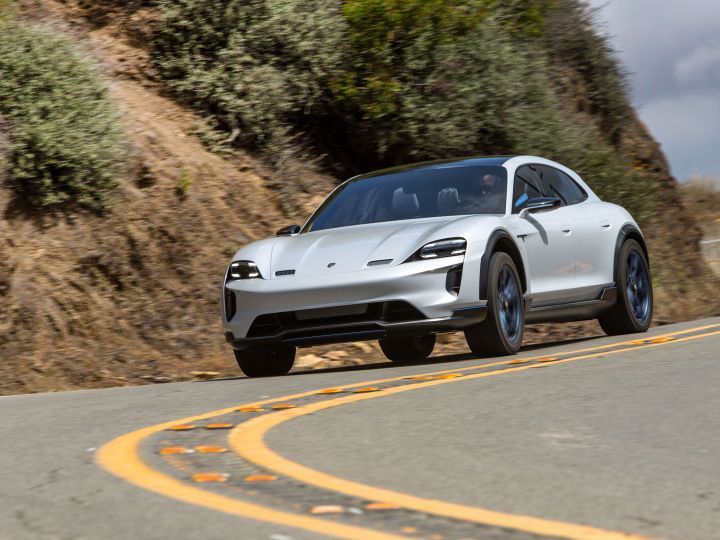 The Mission E Cross Turismo looks unmistakably Porsche from the outside with a clean and curvy bodywork and the iconic 4-LED headlamps. Even from the inside, the design study looked quintessentially Porsche. It gets three digital circular dials in the instrument cluster, two horizontally aligned displays on the dashboard for infotainment, a heads-up display which uses eye-tracking technology that can magnify the instrument display on which the driver is looking at while keeping the others in the background. It also gets plenty of touch controls as well as ambient lighting.

Porsche also mentions that the introduction of the Taycan generated 1,200 jobs. With the Mission E Cross Turismo, the company has created 300 additional jobs at its headquarters in Zuffenhausen. Expect it to be revealed in its production state with a new name sometime in 2020.