Mamta Singh, an ANM/midwife with the sub-centre Pure Pandey of Deeh block in Raebareli district of Uttar Pradesh, is amongst those committed health workers who came forward to extend health and nutrition services to the vulnerable. 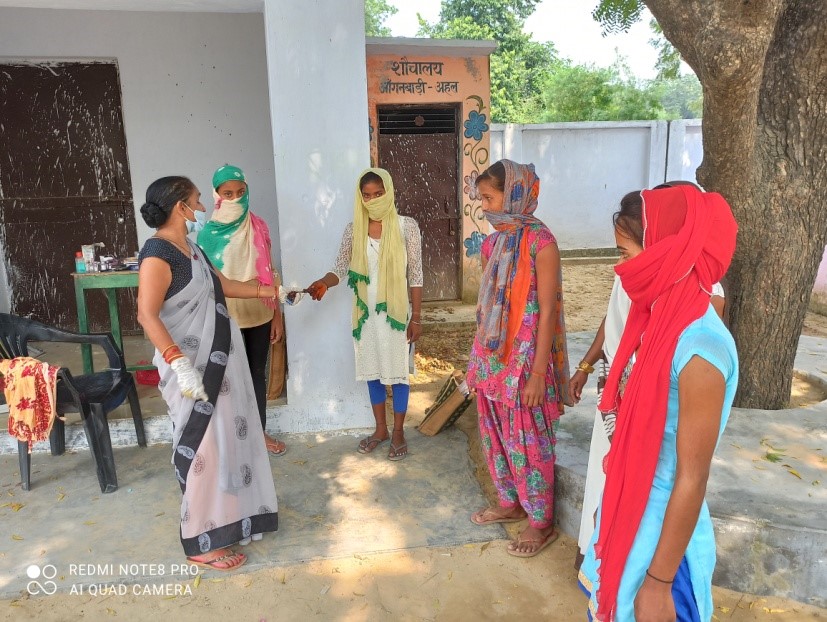 When the COVID-19 pandemic spread across the globe in 2020, it changed the way we live our everyday lives. Towns and cities went into lockdown, social distancing became the new norm and schools, colleges like other public institutions shut down, due to safety and health concerns. In Uttar Pradesh too, schools and other educational institutions closed in March 2020, and as a result, many essential commodities delivered through schools such as iron and folic acid tablets (IFA), sanitary napkins and mid-day meals became out of reach for students, especially those from underprivileged communities who rely heavily on government schemes and interventions.

Once the immediate fear of the pandemic receded a little and citizens became better informed to manage life with COVID related precautions, a strategy to deliver IFA tablets to school-going children through health workers began to take shape. After a formal letter from the Mission Director- National Health Mission (MD-NHM), the Raibareli district too stepped up its efforts to make it happen at the ground level. Development partners including Nutrition International came forward to support the government in their endeavor to deliver health and nutrition interventions across the state. Nutrition International along with support of the district’s health workers supported in the implementation of WIFS (Weekly Iron and Folic Acid Supplementation) for out-of-school and school-going girls in the villages. 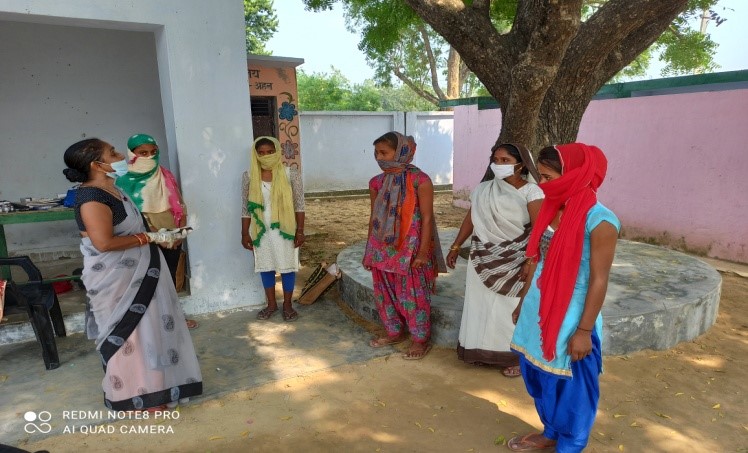 A committed ANM at work

Mamta Singh, an ANM/midwife with the sub-centre Pure Pandey of Deeh block in Raebareli district of Uttar Pradesh, is amongst those committed health workers who came forward to extend health and nutrition services to the vulnerable. She works in Ahal village which is home to minority communities and has a sizable adolescent population. As schools closed down due to lockdown the young girls of the village were unable to receive their IFA supplementation. Mamta took upon herself the onus of ensuring that the village’s girls receive their tablets, no matter what.

Combating the fear of infection

It took consistent effort, time and a lot of conviction to mobilize these girls under trying circumstances. Through a rapid survey conducted with the help of the ASHA and AWW workers there, Mamta identified 178 girls in her sub center. Despite the government’s directives of IFA distribution to adolescents during the Village Health, Sanitation and Nutrition Days (VHSNDs), only 27 girls turned up. Looking at this sparse participation, Mamta and the ASHA, Pushpa Devi, visited a few families to understand the reason for the girls’ absence.

Upon interaction, she realized that the scare of the virus spread, risk of exposure and subsequent health concerns had pushed the parents into taking this decision of not letting their children out of the safety of their homes. The frontline workers trio - the ANM, ASHA, AWW - mulled over this stumbling block and decided to visit the house of every adolescent girl in the village to counsel the parents on the need for them to send their girls to visit the VHSNDs, where supplementation would be carried out under strict safety measures taking all COVID related precautions.

Mamta roped in the Gram Pradhan too to support their initiative. She briefed the Pradhan on the importance of IFA supplementation for these adolescent girls and the urgent need to continue this initiative in the village. Fully convinced with Mamta’s noble drive, he held a village level meeting and shared the MD NHM’s letter that directed the distribution of IFA tablets to adolescents through VHSNDs. Along with ward members, he visited a few households and spoke to the parents about the pitfalls of missing out on IFA supplementation, especially for adolescent girls. The outcome was positive and the families agreed to send their daughters to the VHSND.

Making up for lost time, Mamta was able to provide IFA supplementation to all adolescent girls of Ahal village in about a month’s time. She managed to reach 167 school going girls during the VHSND session and provide them IFA tablets to prevent anaemia.

She understands the perils of anaemia, especially for girls, and doesn’t want to leave any stone unturned to ensure the good health of her village’s girls.

Nutrition International is a global nutrition organization headquartered in Ottawa, Canada. For nearly 30 years, we have focused on delivering low-cost, high-impact, nutrition interventions to people in need. Working alongside governments as an expert ally, we combine deep technical expertise with a flexible approach, increasing impact without increasing complexity or cost. In more than 60 countries, primarily in Asia and Africa, Nutrition International nourishes people to nourish life.