Bride Bids Farewell With Husband On Helicopter After Marriage In Rajasthan

The bride Reena and her husband Sandeep Lamba left in the helicopter from Ajitpura village near Chidawa town in Jhunjhunu. 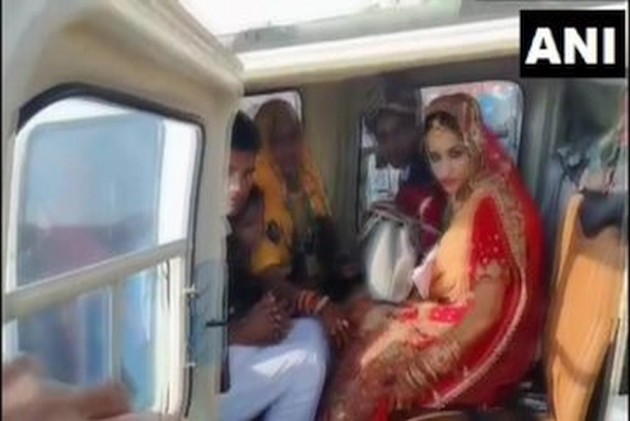 A bride's grand departure after her marriage was on a helicopter arranged by her father in Rajasthan's Jhunjhunu district on Wednesday.

The bride Reena and her husband Sandeep Lamba left in the helicopter from Ajitpura village near Chidawa town in Jhunjhunu. They were headed for Sultana where Sandeep has his home.

A huge crowd including school children had gathered from early morning to see the helicopter.

The bride's father Mahendra Singh Solakh said that when he decided to get his daughter married a year ago, he had made up his mind that he wanted Reena to leave her home in style, in a helicopter. He shared this wish with his family when the wedding was two months away.

Reena is studying at Jhunjhunu Morraka College in BA first year. While her husband Sandeep is working as a railway station master in Nashik.