Getting Fit For The Force: Heaviest Police Official In Andaman & Nicobar Police Reduces 13.5 Kg In A Month

At a whopping 140 Kilograms he turned out to have the maximum weight amongst the 4,304 police officials. His BMI was 49.60 putting him into Obesity Class III category. 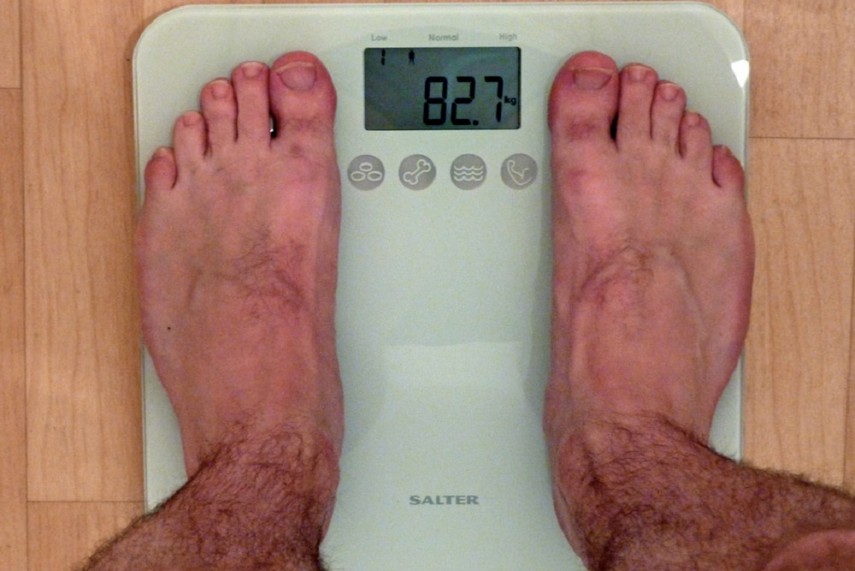 Francis is 39 years old and joined the Andaman & Nicobar Police (A&NP) in 2006. When recently there was a health check-up of every police official in the Union Territory, it came out that he had the dubious distinction of being the heaviest Policeman in the entire Police Force. He of course had no idea till then.

At a whopping 140 Kilograms he turned out to have the maximum weight amongst the 4,304 police officials. Not only that, being of short stature of 168 centimeters, his Body Mass Index BMI was maximum in A&NP. His BMI was huge 49.60 putting him into Obesity Class III category. There were just two police officials in this category, and Francis happened to be one of them.

As overweight and obesity is associated with the possibility of chronic diseases and cancer, a detailed medical examination of him and other police officials in the category of Obesity Class II and above was carried out. His medical reports showed high blood pressure and increased fasting sugar with the possibility of his becoming diabetic very soon. Though the prevalent Covid restrictions put limitations on extensive health awareness and improvement, A&NP decided to have these two most obese officials for personal counselling and improvement.

Both the officials were given personal consultations about their well-being. As generally happens with policemen, though they were aware that they were overweight they had no idea of their obesity having health implications. Neither of them had ever undergone a comprehensive health check. They mentioned that they wanted to reduce their weight but had no idea as to how to do it. Earlier, there were people who had counselled them to exercise and diet but nothing had worked for them.

In the month of June this year both of them underwent a comprehensive health check-up which showed high blood pressure and prediabetes. They were told that unless they reduced their weight, they would have serious health issues. They had heard that one of their senior colleagues who was also overweight and had diabetes and blood pressure had recently died of a stroke.

At the very first counselling session both of them were receptive to the idea of attaining good health, and were told about the concept of healthy weight through modification in diet. They were told that it is excessive carbohydrate intake which causes weight gain and change in diet could help them in reducing weight. In the first two counselling sessions they were told to tell their entire food intake and food habits.

As it turned out they had been consuming excessive carbohydrate in the form of wheat and rice. They were told that if they reduce the intake of carbohydrates, mainly wheat, rice and potato, totally stop or substantially reduce sugar intake and increase consumption of healthy fat in the form of ghee, butter and abundant coconut oil and other products in the islands, their weight will come down. They were also told that they should reduce salt intake and shift from vegetable oil to increased saturated fat intake. In the islands fish is abundant and so is egg. They could also eat meat to their satisfaction.

It goes to their credit that they understood the concept well. They were told to maintain a food diary of all that they ate in the course of the day. They were called for counselling every Saturday. On these visits their weight was taken and their food diaries checked. If they had any questions regarding the new food regime, their queries were answered. They were also asked whether they experienced any difficulty, particularly hunger or discomfort. They said they had no difficulties. Both the police officials have followed the new food regime religiously and willingly.

They are excited about the improvement in their fitness. Though both of them have improved remarkably, it goes to the credit of Francis who happened to be the heaviest in the police force that in just one month he has reduced 13.5 KG and had come down to 126.5 kilograms when this article was being written. In his visit to the Police headquarters in mid-July, when his weight showed reduction of 13.5 kg within a month, he seemed extremely happy. He is so excited that he wants to reduce further and very fast. He was told that there is no need to hurry and his reduction is already remarkable. He should maintain a pace of reduction that is comfortable and does not cause him discomfort.

I was really happy for Francis that he could reduce 13.5 KG in a month and he seemed determined to reduce further. As regards discomfort or hardship he said he had none. He is now totally comfortable with the new food regime and was really happy to totally give up sugar and reduce carbohydrates. We will continue with the weekly counselling and monthly detailed health check-ups. I am sure his blood pressure will come down as will his fasting sugar. Soon we will have none of the police officials in the category of obesity Class III. Francis will soon become an example of improved health to everyone in the Andaman & Nicobar Police. Who knows, he can become an example for all police officials anywhere in the country.

(The author is an IPS Officer of 1987 batch, is presently DGP, Andaman and Nicobar Islands)

Nutrition Can Be A Gamechanger In Addressing TB

Undernutrition Can Exacerbate Severity Of Malaria