Laws exist to protect women from sexual harassment at the workplace. However, no laws make the process of migration to the workplace safer for women leading to physical and sexual violence 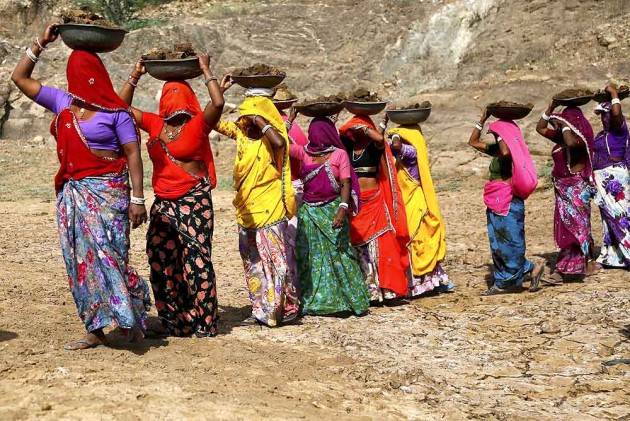 The OSHWC Code (Occupational Safety, Health and Working Conditions) on a cursory reading, appears to be gender-neutral. The definition of “workers” mentions “persons”, sans gender. However, even though the language doesn’t show a gender bias, the lack of special consideration for women workers, especially migrant women workers shows that the Code lacks gender inclusivity and equity.

While the Ministry of Labour and Employment told the Parliamentary Standing Committee on Labour that they would “protect the interests of women workers in every industry/establishment and provide safety for them”, the OSHWC Code in its current form fails to do so. Systemic sexual violence and exploitation of women - especially in the informal sector (such as brick kilns, construction, factories) - is rampant and under-reported. But the Code does not recognise this backdrop of a strong, existing work-place culture of misogyny and sexism. In fact, it leaves out a large number of women migrant workers who are engaged in the informal sector - e.g. domestic workers, daily wage labourers, etc.

It’s also important to note that while laws exist to protect women from sexual harassment at the workplace, no laws make the process of migration to the workplace safer for women. Women, who migrate for work by themselves or with families, have often reported facing physical and sexual violence during migration. This absence, in a legislation claiming to affirm migrant workers’ rights, is glaring.

A great gap is that women’s protections against criminal activities and intent at the work-site are neither stated explicitly nor guaranteed. The Code also needs to be amended to link with existing provisions and laws in our Constitution and the Indian Penal Code which ensure affirmative action for women workers. This can guarantee protections for them against discrimination on the basis of gender, class, and caste. Additionally, agents, employers, contractors and government authorities must ensure zero tolerance for such instances at the worksite and during migration for women workers, and should be held accountable.

While there is a chapter on women workers’ rights, it falls woefully short in addressing the systemic issues women face at the workplace. In fact, the Code prohibits women from working a job if the appropriate government considers that work “too dangerous”, but does not define “too dangerous”. This is extremely discriminatory and prejudicial, and equivalent to prohibiting mobility and migration of women due to their vulnerability to physical and sexual violence, instead of addressing the factors that make them vulnerable. It also raises the question – why, if a work is “too dangerous”, are men expected to perform it, while women are asked to stay away from it? It would be far more inclusive and effective for the Code to direct appropriate authorities to provide resources and equipment to make workplaces less dangerous, instead of keeping women workers away from work.

Further, special provisions prescribed for women in the Code are valid only for workplaces that employ at least 10 workers. In effect, a workplace with 9 employees would be exempt from giving these special provisions to women workers. Therefore, the Code needs to lower this threshold for all provisions that offer protection to the most vulnerable workers. The Code must also ensure protective measures are applicable to all workplaces, including the period of migration for workers to reach the work-site.

Further, looking at the Code in light of recent debates around period leaves for women, it’s quite evident that if there are no explicit provisions for making work-places and working conditions more inclusive for women, nothing will change for women workers.

The Code needs to be far more forthcoming in recognising that women have the right to work in a safe and inclusive environment, while allotting them all protections. It is absolutely crucial for the Code to specifically prohibit any form of physical or sexual violence against women workers.

Sections that make women’s work conditional need to be done away with in the Code. State governments also need to draft Rules that actively encourage women to work across shifts and industries, while guaranteeing their person adequate protections.

*Mishty Varma is a Communications, Policy and Public Affairs Professional, a creative writer, and an ex-journalist. and Pompi Banerjee is a psychologist, researcher and human rights activist, and a member of Sanjog