WEEKEND READ: DARE EAT THAT-A Guide To Bizarre Foods From Around The World

She has haggled over ant eggs in Bangkok and can tell you exactly where to find the best emu eggs in India. Divya Anand has lived in three countries and eight cities, has eaten on land, sea and even underwater. In her debut book, the MBA from UC Berkeley, has chronicled her gastronomic journey around the world, along with husband, Vivek, to find some of the most bizarre foods. Those who are looking to nourish their imagination an ove for food this weekend, here goes an extract... 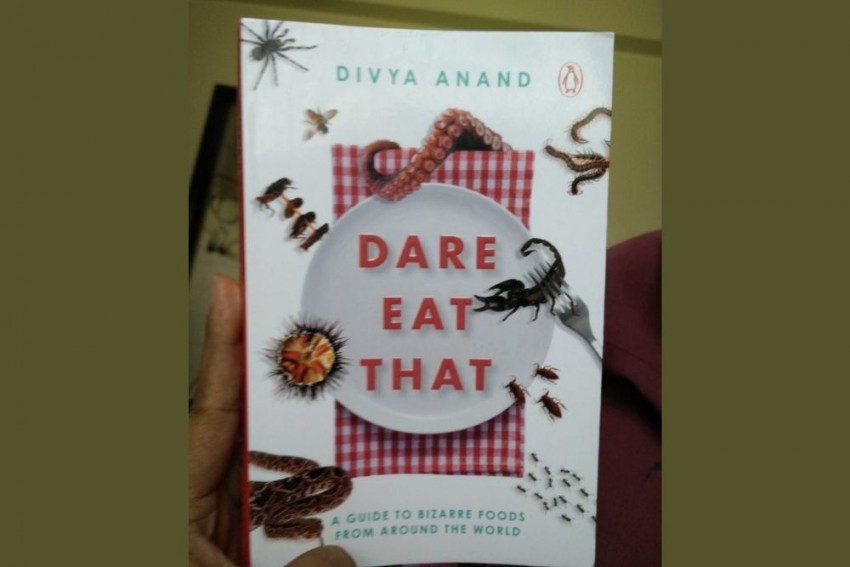 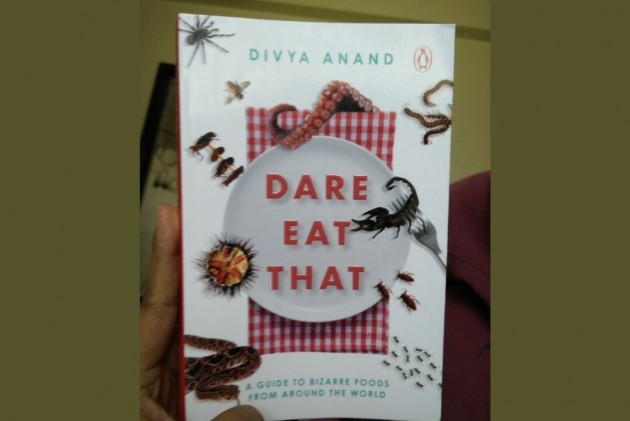 Mosque Road is one of the busiest shopping roads in Bangalore and becomes busier during Ramadan. Even otherwise, Mosque road is a foodie paradise due to the sheer number of restaurants. During Ramadan, this is coupled by the fact, that every establishment has street-side carts and stalls with a range of dishes to break the fast with. This is when the roads at its festive best with street lights twinkling and carts serving up the famous patthar ka goshth, non-veg samosas, seekh and shami kebabs, tikkas, prawns, haleem, shahi toast, kheema paya, korma, biriyani, and other mouth-watering delicacies. It was mandatory that we took time out to visit Mosque Road at iftaar. Vivek spent two years in Lucknow and till date his comfort food is mutton thanks to Tunday’s kebabs. He was very sure that the patthar ka goshth at Mosque Road would melt in his mouth. 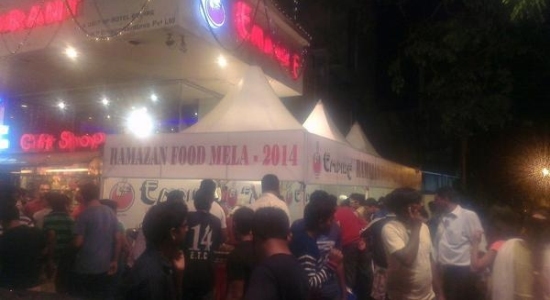 So we set out to Mosque Road. It was chock-a-block with people and the stalls on both sides of the road were full. Huge crowds jostled in a haphazard manner outside every stall. I wondered how the servers managed to keep track of the orders and money collection.

We walked to the end of the road because I had heard from friends who had visited earlier, that a stall there was serving the best patthar ka goshth. Before we found the stall, Vivek was distracted by another one. This stall occupied the space infront of restaurants and had displayed a wide variety of meats, samosas, paya, and more on trays. The crowd in front was busy shouting out different orders. The cashiers frantically took the other, collected the money and then produced hot plates of food. We waded to the front of the crowd. Vivek was so tempted by the display that he announced he wanted to order one of every item. I pointed out that the road was chock-a-block with food. Good sense prevailed and he ordered a lamb paya, idiyappam, and a nutrition samosa. Vivek was very happy with his loot and finished it greedily.

‘This paya needed just a little more chilli,’ was his verdict. Otherwise, it’s cooked to perfection and tastes like a bite of heaven!’

The patthar ka goshth was in the adjacent stall. Patthar ka goshth is a hyderabadi specialty, which was prepared for the royals of the Nizam court. It is traditionally made by marinating lamb pieces in curd, papaya paste, elaichi, garam masala and grilled on a hot stone. This stall had set up a slab right outside the door of the restaurant where the marinated mutton was being grilled right infront of us. The slab was six inches thick, with a raging fire burning below it. The air was thick with smoke and one should smell the masalas. It was impossible to pass by and not want to buy a plate. The whole set-up looked extremely authentic and Vivek decided it was time to get in touch with his inner Nizam and try it out. 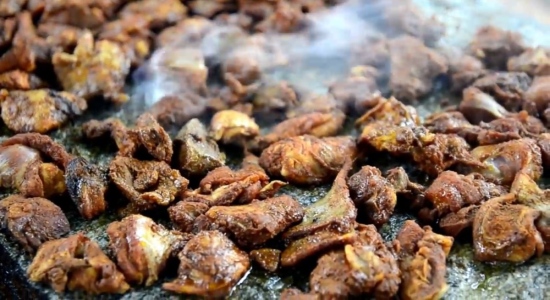 He took his first bite and closed his eye with joy.

‘This is so well cooked, it’s melting in my mouth,’ he said. ‘This is the best dish on the entire lane! I wish I had eaten this first, I wasted my space on all that other stuff.’

I asked him if he wanted to try out the Ramadan special haleem next but he was already full and wanted to save space to scope out the rest of the road, lest he missed something important.

‘Let’s check the stalls on the other side before I order haleem,’ he said. He confidently walked towards a stall at the corner, right next to the traffic light, as if he was drawn towards it. I spotted a stall selling phirni, a rice pudding dessert and went to buy it.

‘Oh My God! Look, there’s camel!’ I heard Vivek call out from somewhere to my left.

I turned, expecting to see a camel all decked up to take people on camel rides. Just as I was wondering how they were offering camel rides in the middle of the road, I saw that he was standing in front of a small stall. The stall had a slab on which they were grilling some meat.

‘How much for a plate of camel?’ asked Vivek gleefully, as I approached holding my plate of Phirni.

That was the camel-the meat grilling on the slab.

The server turned some of the meat over and plated it for Vivek. Vivek was grinning from ear to ear as he clutched his precious plate and walked away from the stall and the bustling crowds to eat it.

The camel meat was tender and flavourful as it had been well-marinated and slow cooked. Like most large animals, the meat was tough, but not as tough as that of a zebra or a horse. It tasted a loot like mutton. The slow cooking on the slab ensured that it was soft. Some parts were fatty and had slippery texture of fat. It’s healthier than other meats, as it’s high in protein and low in saturated fat. Vivek enjoyed this dish because he prefers well-marinated Indian spices on meat.

He finished the camel and pronounced himself full.

Even so, on the way home he said. ‘The camel was so much fun, I think I want to go back for more.’

The last time I remembered about someone being this enthusiastic about a camel, it was about a camel ride in the park! 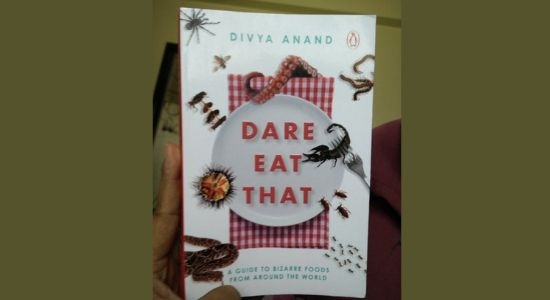 Nutrition Tips And Diet To Stay Healthy In Monsoon