As per the Global Nutrition Report published recently, India has 46.6 million children who are stunted, followed by Nigeria (13.9 million) and Pakistan (10.7 million). 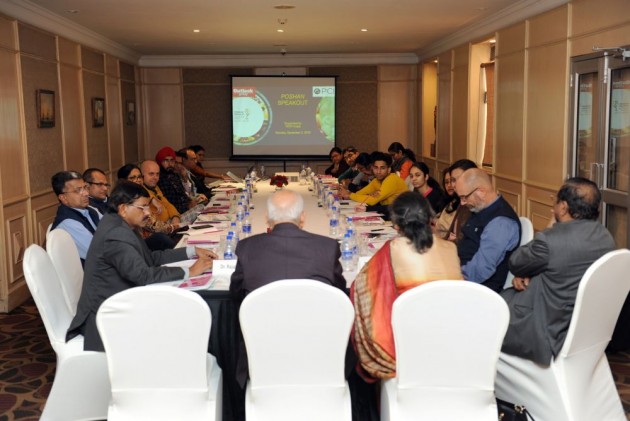 The need for proper nutrition must get more prominence and should be part of the country’s existing discourse if the scourge of malnutrition is to be tackled effectively, a cross-section of experts, bureaucrats and members of the civil society opined on Monday.

Participating in a discussion titled “Poshan SpeakOut”, organised by Outlook and international NGO Project Concern International (PCI) in New Delhi, Dr Ramesh Chandra Panda, retired IAS and a member of the national executive of government’s Poshan Abhiyaan lamented that “we are the world’s sixth largest democracy in terms of GDP, but we also have world’s one-third of total stunted children. This problem isn’t discussed much in the media.”

The discussion highlighted the challenges that India faces in terms of malnutrition and cited a recent global nutrition report according to which India accounted for almost a third of the world’s stunted children. The Global Nutrition Report published last Thursday listed India with 46.6 million children who are stunted, followed by Nigeria (13.9 million) and Pakistan (10.7 million). Stunting, or low height for age, is caused by long-term insufficient nutrient-intake and frequent infections.

'Orange fleshed sweet potato can save children from malnutrition'

The report also says India accounted for 25.5 million children who are wasted, followed by Nigeria (3.4 million) and Indonesia (3.3 million).

Expressing alarm over the abysmal state of nutrition in the country, the speakers stressed the need for a concerted drive to turn ‘kuposhan’ (malnutrition) into ‘suposhan’ (proper nutrition).

Moderated by Basant Kumar Kar, PCI’s country director, the discussions focussed on what has been achieved and what remains to be addressed in terms of making nutrition available countrywide. “What happens to the marginalised is what matters the utmost,” Kar said. “Nutrition is a way of life. If polio can be eradicated from the country, then why not malnutrition,” he said.

Other speakers highlighted the need for creating better awareness about the importance of nutrition. “We have big programmes that the government is running to support the cause, but how many people are aware of it,” asked Dr. Bhupendra Tripathy, Country Lead - Routine Immunization & Neglected Tropical Diseases at Bill & Melinda Gates Foundation. He said there were many misconceptions and myths that were stalling the campaign for proper nutrition.

Calling for better communication with all stakeholders for carrying forward the cause of nutrition, Bhuvneshwari Balasubramaniam of Indian Nutrition Initiative lauded the Poshan SpeakOut initiative. “The discussions would help reach a larger audience,” she said.

Others who spoke on the occasion included Rajesh Kumar, joint secretary, Ministry of Women and Child Development, Arjan De Wagt of UNICEF and Chandrakant Panda, regional coordinator for South Asian region of the International Council for Control of Iodine Deficiency Disorders.

Talking about the initiative taken by the Government to keep track on the number of children affected by malnutrition, Kumar spoke about the ICDS-CAS (Common Application Software), the details of which were shared through a presentation and videos. The software is helping the ground-level workers, i.e, the Anganwadi workers and lady supervisors in order to not only store data and keep a record of the nutritional details of the children, but also lets the workers know when an intervention is needed.

"Since, it has a national dashboard, that can be accessed by a worker at any level, and requires a photo of the anganwadi to be uploaded everyday, it is easier to track the progress, and find out how many anganwadis are actually working and how many are closed," he added. “The software was recently launched in Rajasthan and has been quite a success,” he said. The software aims to use its smartphone-based service in order to reduce the level of stunting, malnutrition, anaemia and low-birth weight of children, with a focus on adolescent girls and pregnant women.