Mizoram on Thursday reported 1,054 new COVID-19 cases on Thursday and 299 of them were from Aizawl district. 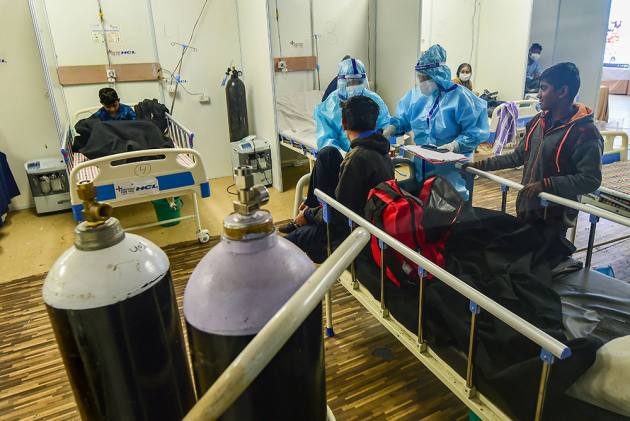 After the Christmas and New Year festivities, rural Mizoram is witnessing a surge in Covid-19 cases now, while urban areas, especially Aizawl district, had registered the majority of daily infections in the past two years, a health department official said on Thursday.

It appears that a section of the infected people went to their villages during the festivals from towns where they stay leading to this situation, State nodal officer of Integrated Disease Surveillance Programme (IDSP) Dr Pachuau Lalmalsawma said. "While Aizawl district used to contribute about 70-80 percent of daily COVID-19 cases earlier, it has now reduced to only 28 per cent. A large portion of COVID-19 cases is reported from other districts, especially from rural areas since the festivities," Lalmalsawma told PTI.

Mizoram on Thursday reported 1,054 new COVID-19 cases on Thursday and 299 of them were from Aizawl district. On Wednesday, the state had registered 880 fresh infections, including 225 in Aizawl district. Lalmalsawma, who is also the official spokesperson on COVID-19, said that congregational and mass singing ('zaikhawm') and community feasts were held mostly in villages during Christmas and New Year, which are believed to be the main reason for the rising infections. He said that many people, who dwell in towns, returned to their villages during the Christmas and New Year and such residents could be the possible carriers.

The state government had said that local churches would decide whether or not to hold worship service, congregational singing and community feasts during festivities. While most churches in rural areas held those programmes, only a few ones in towns did the same. During a consultative meeting on Wednesday, health officials had pointed out that many symptomatic patients refused to get their samples tested, and they could have spread the virus to others.

No case of the Omicron variant of COVID-19 has been detected in the state till now. However, the results of 95 samples sent for genome sequencing are awaited, Lalmalsawma said. He said that there is a high possibility of the Omicron variant being spread in the state as, on an average, about 38 domestic and foreign returnees are tested positive for COVID-19 every day at the state's lone airport at Lengpui in Aizawl at recent times.