He was one of a breed of journalists that time is rapidly winnowing. 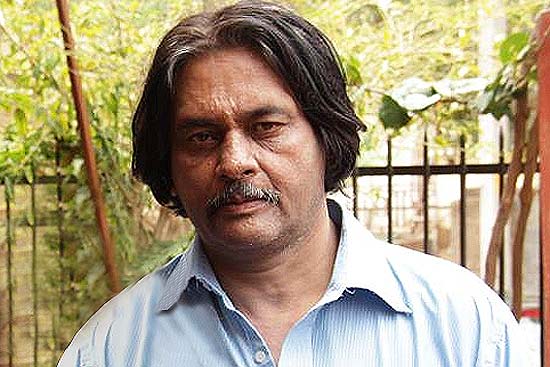 He wasn't, though, the kind of journalist that many journalists of this generation would like to — or, the way I look at it, could — emulate. He was one of a breed that time — and the excesses of physique and psyche that are the markers of particular eras — are rapidly winnowing.

But not being able to emulate doesn't mean being unwilling to respect. And this is why Pradyot's cremation in Delhi was attended by representative journalists of all ages and most political persuasions (except the Right, which he routinely and dismissively offended all his working life).

What marked Pradyot out from most other journalists — even of his generation — was his broad (eclectic, indiscriminate, chaotic, whatever) erudition. It is important for those of that generation, all of us older than a half-century, to be 'informed'. It is a word that we wouldn't willingly endorse if our lives depended upon it, preferring instead the more evolved 'knowledgeable'. But the world having become a vast collective of discrete interests, 'informed' is better than 'peabrain' or 'Engesfokushirn' — narrow-focus mind.

And this is why, 'informed' to the gills, Pradyot took his place among the best of us. Erratically-productive as he was, his moods regulated by that universal disinhibitor, alcohol, one could always depend upon him to crank out critically-appreciable pieces on everything from statal human rights violations to Bollywood films to book reviews on topics so arcane that one wondered about the nature of the bug that had bitten the publishers.

His ' Riots - A Festering Sore on Indian Democracy', written in April 2015 along with NK Bhoopesh and Anurag Tripathi, is an outstanding aggregation piece on the "multitude of massacres in the name of religion". His memoriam last year of one of India's greatest filmmakers, ' The Romantic Outsider', was a recording of an obsession. (This was published immediately upon my joining Tehelka, very briefly, as its editor. What struck me when I read it — it had been cleared for printing before I joined — was that the generational obsession with precision and detail was as alive and well in him as it was in me: For instance, he had taken especial pains to insist that the filmmaker's identifier be used — Padukone — so that it became clear at the very outset that 'Guru Dutt', the working name that Vasanth Kumar Shivashankar Padukone took for himself, was by birth neither Bengali nor Punjabi nor Haryanvi nor Assamese. As a good journalist, he knew that the insertion or removal of a single word in an article can clear the air.)

There was a precise reason why Pradyot had that piece published on 9 July 2014. He had actually penned it in a nostalgic rush on 9 July 2007 as the opening piece in his blog which, he wrote, "marks an anniversary; I joined the Asian Age this day in 1994". In the interim eight years, nothing more earthshaking about Guru Dutt had been realised, nothing in Pradyot's obsession had either wilted or blossomed, and so it went in verbatim.

But therein lies the rub: Like most journalists of our generation, he was a cranked-over Luddite who couldn't comprehend, for instance, why a smartphone is a journalistic value-addition. His blog has a corpus of one: just this post on Guru Dutt. He never returned to it. Just as he never did get a grip on Twitter, which he joined in December 2012, long before I did — and I'm a geek to my bones. The number of tweets he posted: zero.

The man's life was lived offline, and in the world of print. That is a generational thing, too: Most of us have had a longstanding running distrust of those that another departed friend, from BBC Hindi, had called "paradroppers": the TV news channels. I knew from our talks that for Pradyot journalism existed on the beat. The only way to report on people was to be familiar, if not intimate with, their lives.

Even when he was pretty much in charge of bringing out the Asian Age, founded by that angeli lapsi, MJ Akbar — where Pradyot worked for 10 years — the beat was his baseline. I have no idea how fat his Rolodex of contacts was, but I imagine it must've been thick enough to anchor a ship: he could turn out a perfectly respectable piece overnight, speaking to impeccable contacts over the phone, sometimes haunting the entrances to their homes if he found them slippery. He still went by the attribution imperative, the very basis of journalism, which is given short shrift these days — we, the dying previous generation, are squeamish that way about "a source said"; and if those 'sources' are in the plural — "sources revealed" — the flag goes up.

This consuetude about naming isn't exactly conducive to the introducing of squirmy factoids into our stories. Along with the fixation with human rights (which includes women's rights), verifiable reportage, the elevation of fact over opinion, and cross-checking facts to an inch of their lives, a generally obstinate insistence upon attribution isn't exactly a promising road to walk to make money. Pradyot didn't die with his pockets turned out, but he wasn't rolling in it, either.

Pradyot's problem — as it is that of many of us — was of viewing dogma as pernicious and none of a journalist's business. While the socio-political venomousness of the times made it necessary for many of us journalists to cultivate a Centre-Left vantage, few of us invite the honorific 'comrade'.

I would not say of Pradyot what Bernard-Henri Lévy said of Didier François when he was kidnapped in Syria in 2013: "For he is as fine a comrade and colleague as he is a journalist."

I would replace 'comrade' with 'friend'. For the rest, it is spot-on.