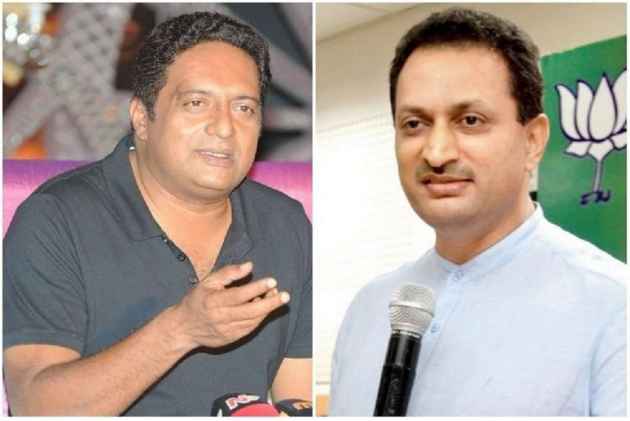 Union Minister Anantkumar Hegde today denied having made any anti-Dalit remark and criticised the Congress for "deliberately trying to sully" his image on the issue.

"It has been misinterpreted. I haven't made any such remark against Dalits. The Congress is deliberately trying to damage my image by alluding the remark to Dalits," the Minister of State for Skill Development Entrepreneurship said over phone from New Delhi.

Hegde had stirred a hornet's nest while addressing a function at Ballari yesterday when he reportedly said, "We are stubborn people. When dogs bark on the road, we don't care."

Hegde clarified that the remark was made against the "so-called intellectuals" who were critical of his political stand on various issues.

Dalit protesters had blocked Hegde's car and raised slogans yesterday against his remarks last month on changing the Constitution and secularism.

He had also reportedly said "we are here to change the Constitution and we'll change it.

The minister had to tender an apology in the Lok Sabha after a nudge by the Speaker, but he said his speech at a function in Karnataka was 'distorted'.

Actor Prakash Raj, who is a big critic of saffron leaders, including Prime Minister Narendra Modi and BJP National President Amit Shah, flayed Hegde for his remark on Dalits.

He also demanded that senior BJP leaders ask Hedge to resign from his post.

"Enough is enough.... Serial offender. Minister Ananthkumar Hegde at it again..He calls Dalits DOGs..For protesting against his controversial constitution remark. Supreme leaders of #bjp will you ask him to step down.Or do you endorse his abuse #justasking," he tweeted.