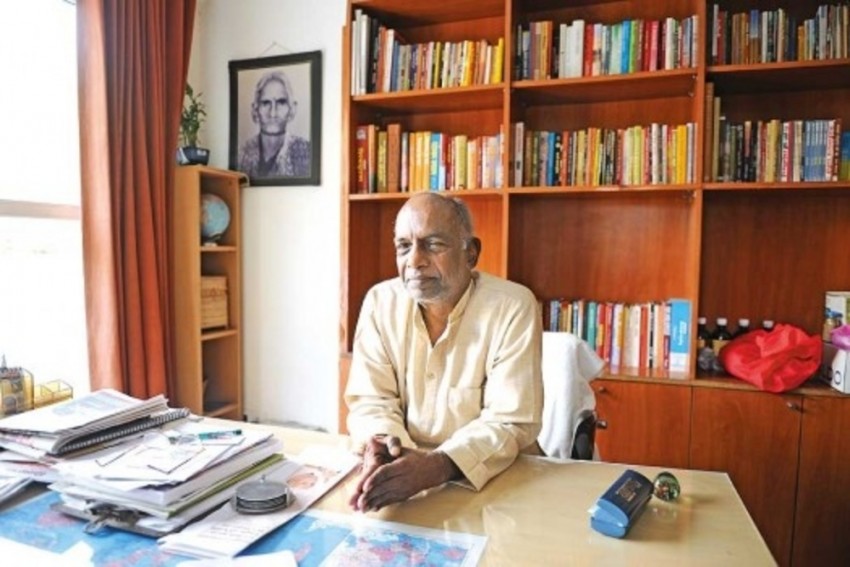 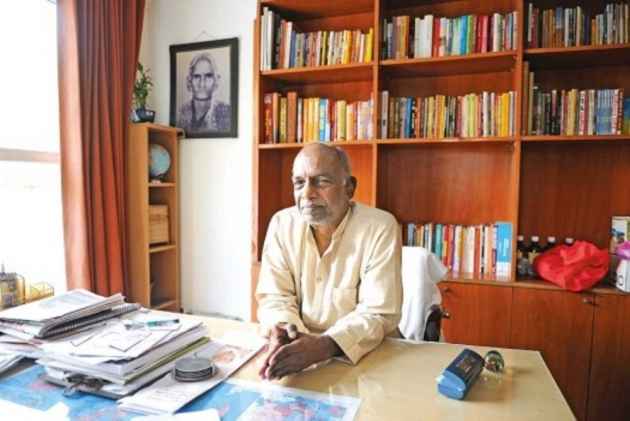 Rashtriya Swayamsevak Sangh ideologue, K.N. Govindacharya talks to Outlook on former President Pranab Mukherjee's acceptance of an invite to be the chief guest at an RSS event in Nagpur.

Why did the RSS invite Pranab Mukherjee to an event in Nagpur?


Every year, on the occasion of sangh shiksha and sangh sthapana, the RSS organises some public function in which they invite those public figures who can help in spreading the good ideologies of the Sangh. The events are generally organised to increase the acceptability of the people towards the RSS, so that the common people who have a scary image of the RSS, can accept our work. In this event as well, former President Pranab Mukherjee is going to attend the meeting because he is a popular public figure, his reach can help us spread our messages to a huge mass easily.

After the murder of Gandhi, people had a very bad image of the RSS. It was really difficult for us to overcome those difficulties and come up to the people in a way what we actually are. Some public figures and their presence in our events were required to help people relate to us in a good way. We need the certificate from other political parties to help people know that the RSS does not support violence, that they are the messengers of ‘peace’. These events are organised every year to clear the bad image of the RSS in society.

RSS was banned and that insecurities are still hovering in the minds of the RSS cadres, which needs to be shed and the ball at the moment is in their court. RSS has always been positive about expanding itself and making good relationships.

It is the routine work of every swayamsevaks to reach out to the people. A swayamsevak will obviously make new contacts through his connections and image in society. There is nothing special about what Mohan Bhagwat is doing. It’s nothing news! Because, in the Sangh, everybody is first a swayamsevak. His holding a position of responsibility in some organisation or being a part of any organisation is all incidental. So, basically, if I am a swayamsevak, my primary work will include contacting at least five to ten new people every year. Inviting Pranab Mukherjee was also a part of this responsibility of the Sangh.

A former President who had been a hard-boiled Congressman all his life, has agreed to grace an elaborate RSS gathering at its headquarters. What do you have to say about this?

There is a big controversy regarding the meeting. Why is this so big? This is not the first time after all.

Congress is an organisation. It has been a forum since the beginning. In this event, with the former President Pranab Mukherjee as a guest, RSS will have a forum to reach out to the people to extend the ideologies of the RSS. You, should read the profile of Pranab Mukherjee. Definitely the quantum of message via him would be more intense.

Do you think people will become more acceptable towards the RSS after this meeting?

If you see any magazine, two types of photographs are being used to portray the RSS, one where you see RSS cadres holding ‘Jhanda’ (flag) and second sangh sevak’s are sitting and a rally is being addressed by a supremo. These are the two photographs which are quite synonymous to what the RSS is. But actually this is not the Sangh image. A wrong message is being conveyed because of those photographs only.

Daily Sakhas is the source of strength for the RSS. Whenever there is an event, it’s in the culture of the RSS that anonymity and collectivity is the backbone of our work and because of that contacting new people is required to apprise them of the ideologies of the RSS. It is very difficult to understand RSS by not going to Shakhas. By reading a book you can never understand the RSS. You need deeper interactions for that. This event where Pranab Mukherjee is coming is basically to let RSS come closer to the people through imminent figures of society.

When you talk to any RSS cadre, they say that they are not a part of the government. But, RSS cadres are everywhere. How is RSS coordinating with the government?

85,000 service activities are being run by the RSS swayamsevaks but that will never draw any attention because of two reasons-- Our media sees everything through party politics. Only 15 percent of the RSS cadre is associated at best with any kind of political activities of the BJP. The remaining 85 percent of the RSS cadre is aloof from the party and politics. Because you see RSS in a certain fixed frame you see RSS connected with party politics more than anything else. RSS was banned for no reason. Swayamsevaks are also human beings. They feel irritated and a bit insecure because of this. Thousands of swayamsevaks suffered, their family suffered, they lost their livelihood. All these things have also happened. We have friends who are in power.. who are from political parties! We talk to them…discuss with them our ideologies and that’s how we share our relationship with the government.