Prasar Bharati CEO Shashi Shekhar Vempati tweeted that the reports were based on a false account of proceedings. 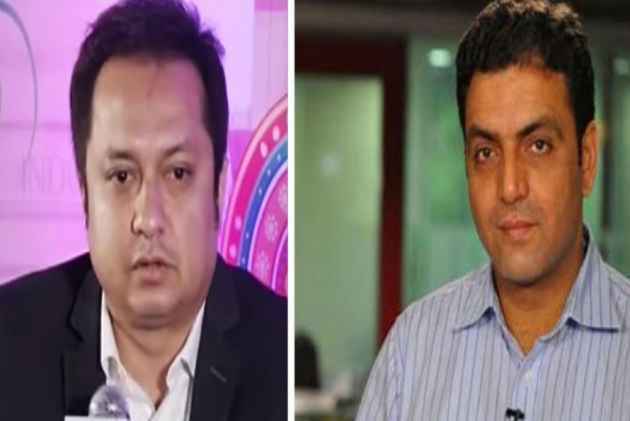 The Prasar Bharati has blocked the Information and Broadcasting Ministry’s proposals to appoint an IAS officer as the member (personnel) in the public broadcaster and two senior journalists for top editorial jobs. According to reports, the  decision was taken at a board meeting on Thursday.
Prasar Bharati CEO Shashi Shekhar Vempati, however, tweeted that the reports were based on a false account of proceedings.
“Noticed media reports claiming knowledge of proceedings of @prasarbharati board. These are based on a false account of proceedings and fictitious version of minutes, neither drafted nor approved. Editorial Boards of these outlets are advised to retract these false reports,” Vempati tweeted.

Noticed media reports claiming knowledge of proceedings of @prasarbharati board. These are based on a false account of proceedings and fictitious version of minutes, neither drafted nor approved. Editorial Boards of these outlets are advised to retract these false reports.

The Indian Express had reported on Wednesday that the Prasar Bharati had shortlisted  two journalists Siddharth Zarabi and Abhijit Majumder to head TV News for DD News and as the chief editor for Prasar Bharati News Service, respectively. The newspaper had also claimed that the board would be asked to decide on the appointment and their salaries at the meeting.
Sources told the newspaper that “the payment proposals” for the two journalists “were too exorbitant” — an estimated Rs 1 crore for Zarabi and Rs 75 lakh per annum for Majumder. Both these proposals were not “deemed fit” by the board and were, therefore, withdrawn.
The news agency PTI earlier on Thursday reported that according to the agenda papers for the meeting, the ministry while contending that "an IAS officer could be an asset" for the public service broadcaster, "proposed that at least for one term in the interest of the organisation, the post of member (personnel) in Prasar Bharati be filled up by an IAS officer on deputation (through the ACC route), keeping the relevant recruitment provision in abeyance."
However, sources privy to the meeting, said the proposal was dropped during the meeting. When contacted, I&B officials refused to comment. The position of the member (personnel) is currently lying vacant.
Prasar Bharati chairman A Surya Prakash and some other board members have opined that the appointment of an IAS officer would amount to contempt of Prasar Bharati Act passed by Parliament, the sources said. Besides, it would also be "denigrating" the office of the vice president who is required under the provision of the Act as chairman of the selection committee to make board-level appointments, they added.
Besides, some of the board members, including Prakash, also took objection to the "ministry's directive" regarding termination of contractual employees of the Prasar Bharati, they said.
The board members expressed concern over the consequences of such a move on the functioning of various services of the broadcaster, they said.
The Prasar Bharati Board comprises a chairman, an executive member (CEO), a member (finance), a member (personnel), six part-time members, a representative of the information and broadcasting ministry and the directors general of AIR and Doordarshan as ex-official members.
(With PTI inputs)