Four women were allegedly gangraped and a man from their family was shot dead by six highway robbers on the Jewar-Bulandshahr road near the Yamuna Expressway. 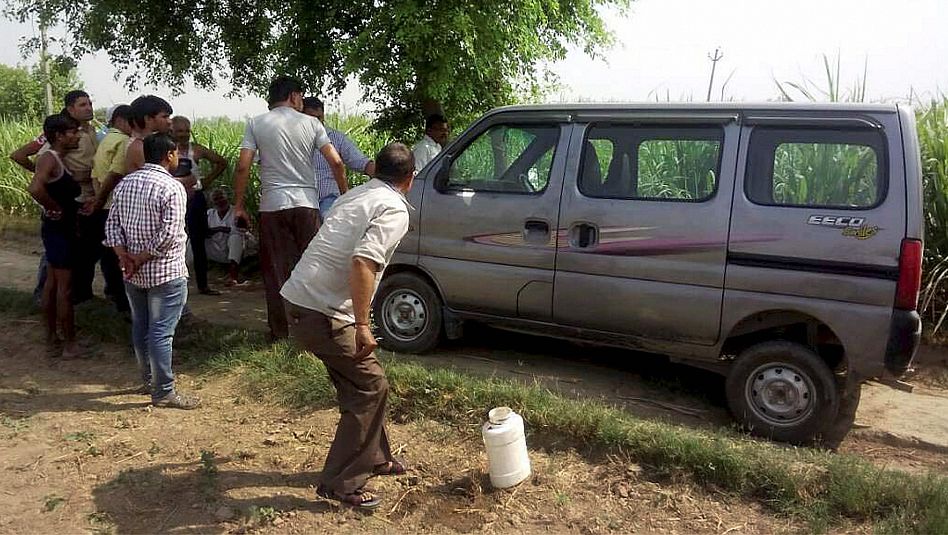 The report came after four women were allegedly gangraped and a man from their family was shot dead by six highway robbers on the Jewar-Bulandshahr road near the Yamuna Expressway, around 68 km from the national capital, on early on Thursday.

According to a Hindustan Times report, Bhargav said doctors found no vaginal injury or presence of semen. The victim’s clothes and tissue samples will be sent to the forensic laboratory in Lucknow for further tests, results of which will be out in two to three weeks, he said.

According to a report, the incident took place when the family of eight people was travelling in a car from Jewar, near Greater Noida, to Bulandshahr to visit a relative in hospital. The car reportedly stopped after hitting a metal object in the middle of the road around 1.30 am.

Soon after the robbers surrounded the car and started looting cash and valuables from the family. After that they dragged out the women and gangraped the women. When the man tied to save them, he was shot dead.

A similar incident came to light in July last year from the Ghaziabad-Aligarh highway after five women, including the 13-year-old girl, of a Noida-based family were gangraped by robbers when they were going to their native place in Shahjahanpur in a car.

According to the 2014 data of the National Crime Record Bureau (NCRB), out of the 84,000 cases of dacoity and thefts on the highways across the country, Uttar Pradesh tops the list with 65,000 cases – almost 80% of the total.

On the other hand, the State Crime Record Bureau (SCRB) 2015 data states that as many as 2,250 cases of robbery – the maximum across India – were reported across the highways and roads in Uttar Pradesh.