Several Iranian news agencies also warned Telegram, the most popular social media service in the country, might soon be shut down. 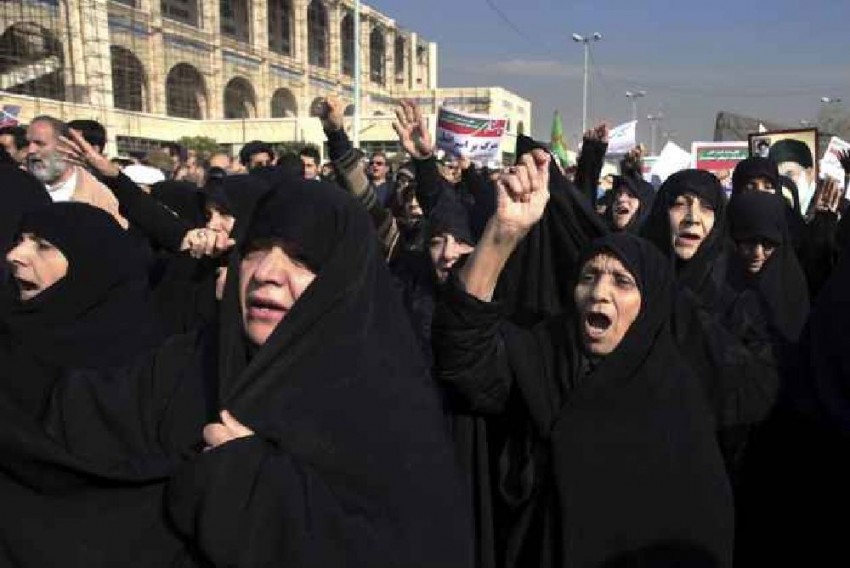 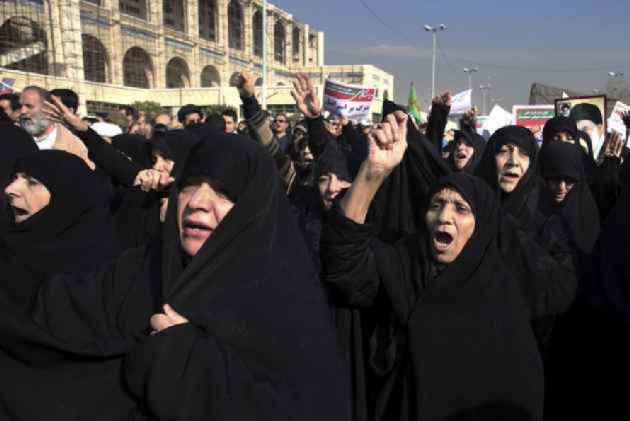 As anti-government protests in Iran spilled into its third day, almost complete media black-out have paved way for social media to report on the biggest protests since 2009 Green Movement.

Unverified videos on social media appeared yesterday to show thousands marching through the western cities of Khorramabad, Zanjan and Ahvaz and many smaller towns, while reports spread rapidly that several people had been shot dead by police in the town of Dorud.

Unverified videos appeared on Twitter showing protesters setting fire to a poster of Khomeini, former Supreme Religious Leader of Iran and the leader of the Islamic Revolution in 1979. “Mullahs must get lost,” the protesters said, according to a tweet.

A swirl of wild rumours, combined with travel restrictions and a near-total media blackout from official agencies, however, made it difficult to confirm the reports.

State news channel IRINN said it had been banned from covering the protests that spread to towns and cities including Qom and Kermanshah.

"The enemy wants once again to create a new plot and use social media and economic issues to foment a new sedition," Ayatollah Mohsen Araki, a prominent cleric, told a crowd in Tehran, according to the conservative Fars news agency.

One of the few official reports -- by conservative Mehr news agency -- showed protesters attacking a town hall in central Tehran, overturning a police car and burning the Iranian flag.

The authorities appeared to respond by temporarily cutting internet access to mobile phones, but full coverage was eventually restored.

Several Iranian news agencies also warned Telegram, the most popular social media service in the country, might soon be shut down after communications minister Mohammad-Javad Azari Jahromi accused one channel, Amadnews, of encouraging an "armed uprising".

Telegram has since suspended Amandnews from its service.

"A Telegram channel (amadnews) started to instruct their subscribers to use Molotov cocktails against police and got suspended due to our "no calls for violence" rule," CEO of Telegram Pavel Durov tweeted.

A Telegram channel (amadnews) started to instruct their subscribers to use Molotov cocktails against police and got suspended due to our "no calls for violence" rule. Be careful – there are lines one shouldn't cross. Similar case from October – https://t.co/OWQFBLywjr

Telegram's decision prompted criticisms by many, including Edward Snowden who took to twitter to condem its decision of blocking Amandnews.

"Telegram will face increasing pressure over time to collaborate with the Iranian government's demands for this or that. Today we saw the communications minister demand a big channel be shut down...Should Telegram shut one Iranian channel down to preserve access to all the others? Most would say "of course." It's more important to keep that tether to their ecosystem alive, right? They're in something close to a monopoly position, where the fallback for many is unsafe SMS., he said in multiple tweets.

Many don't seem to understand why I object to @Telegram having unsafe, censorable public channels in an app that is promoted as a secure messenger. Some presumed I just don't understand how channels work. So let's talk about it:

Curbing freedom of press, and suspending internet services have, however, not deterred the protesters who are taking to social media to report on the protests, but is it enough?

Without press access, the world is seeing what may be a skewed version of what's happening in Iran. "Independent verification of facts (is) hard to come by," said CNN.

Since the 2009 protests were ruthlessly put down by the Revolutionary Guards, many middle-class Iranians have abandoned hope of pressing for change from the streets.

But low-level strikes and demonstrations have continued, with bus drivers, teachers and factory workers protesting against unpaid wages and poor conditions.

Some of this week's protests were directed against financial scandals linked to unauthorised lending institutions which collapsed with the loss of hundreds of thousands of accounts.

Since taking power in 2013, Rouhani has sought to clean up the banking sector and kick-start the economy, but many say progress has been too slow.

Aware that economic problems can quickly spiral into political chaos, officials from across the political spectrum have called for greater efforts to tackle poverty and the 12 percent unemployment rate.

‘Mullahs Must Get Lost’: Anti-Govt Protests In Iran Turn Into A Revolution Against Islamic Regime?