Nehru was born on this day in 1889 in Allahabad. 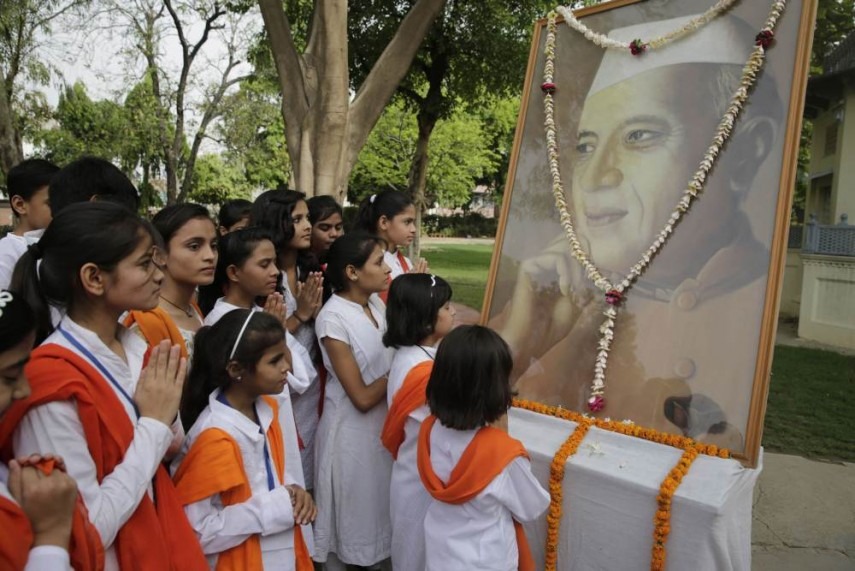 Rich tributes were paid to India's first Prime Minister Jawaharlal Nehru by a host of leaders on his 128th birth anniversary today.

"On his 128th birth anniversary, my homage to Shri Jawaharlal Nehru, our first Prime Minister," President Kovind said on twitter.

Modi, who is in Manila to attend the India-ASEAN summit, also paid tributes to Nehru.

"Tributes to Pandit Jawaharlal Nehru on his birth anniversary," he wrote on Twitter.

Congress Vice President Rahul Gandhi, who is campaigning in Gujarat, also tweeted, "Today we remember a brilliant compassionate man. He reminds us: 'there is nothing more horrifying than stupidity in action' - Jawaharlal Nehru."

A host of other Congress leaders including former Delhi chief minister Sheila Dikshit and the state Congress chief Ajay Maken were also present at the memorial.

Nehru was born on this day in 1889 in Allahabad.