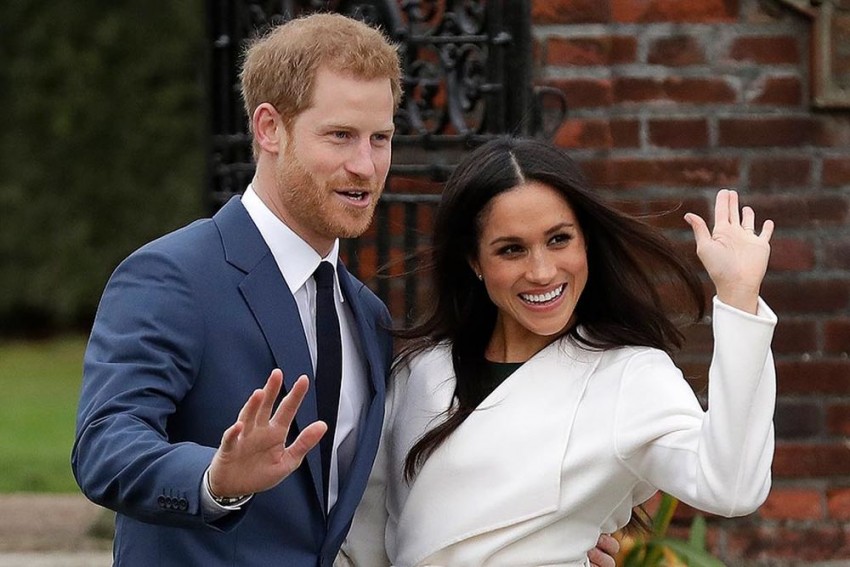 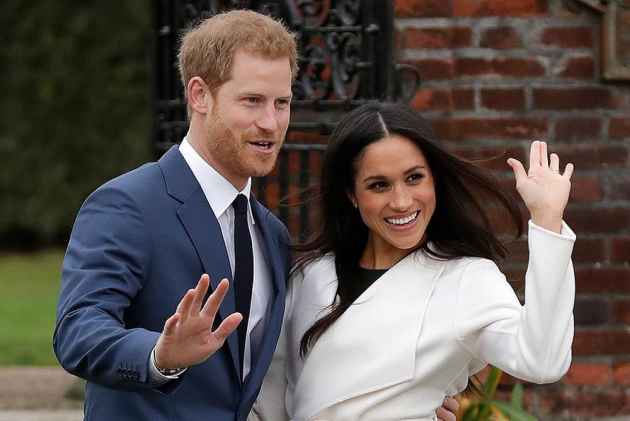 Britain's Prince Charles will step into the role of Meghan Markle's father and walk her down the aisle at her royal wedding with Prince Harry on Saturday, Kensington Palace announced on Friday.

The 36-year-old former American actress asked her father-in-law-to-be to walk by her side at St George's Chapel in Windsor Castle after it was confirmed that her father Thomas Markle Sr would not be attending the wedding ceremony for health reasons.

"Ms Meghan Markle has asked His Royal Highness The Prince of Wales to accompany her down the aisle of the Quire at St George's Chapel on her Wedding Day," the Palace said in a statement.

"The Prince of Wales is pleased to be able to welcome Ms Markle to the Royal Family in this way," it said.

The 69-year-old heir to the British throne has some practice of this role, having previously escorted Alexandra Knatchbull, the daughter of his close friend, down the aisle at her high society wedding to Thomas Hooper in 2016.

After days of speculation, Markle finally confirmed yesterday that "sadly" her own father will not be walking her down the aisle, adding that she cares for him and hopes that "he can be given the space he needs to focus on his health".

It had been expected that her mother Doria Ragland might step into the role as she is accompanying her daughter in the wedding car when she arrives at the chapel.

However, there was no royal protocol preventing Markle from choosing a member of the royal family or a close friend from escorting her, or decide to walk alone.

Ragland, the 61-year-old yoga instructor and social worker who divorced Thomas Markle when Meghan was a little girl, flew into London earlier this week and met Prince Charles and Camilla and Prince William and Kate along with their kids Prince George and Princess Charlotte at Clarence House here.

Other members of the royal family are also in Windsor ahead of the wedding, including William and Kate, Duke and Duchess of Cambridge; and Prince Charles and his wife Camilla, Duchess of Cornwall.

There had been widespread speculation over Thomas Markle's attendance at the wedding ceremony after allegedly staged paparazzi photographs of him emerged in the media.

The former Hollywood lighting director was quoted as saying that he hated the idea of missing "one of the greatest moments in history and walking my daughter down the aisle" after it emerged that he was to undergo a heart procedure.

The wedding day "order of service", printed long before, still has his name on the list.

Meanwhile, the finishing touches are being added to the royal wedding preparations in Windsor, about 42 kms from here.

Further details on the wedding cake have been revealed by its baker Claire Ptak who said it would be presented in a "non-traditional" way, displayed in a special "installation".

The layered lemon and elderflower cake will be served to 600 guests at the afternoon reception after the wedding ceremony at Windsor Castle.

So-called royal "super fans" have already begun camping out in Windsor to secure the best spots of the wedding procession tomorrow.

They will also be hoping to see 33-year-old Prince Harry before he spends his final night of bachelorhood at the Dorchester Collection's Coworth Park in nearby Ascot.

The bride will stay at the Cliveden House Hotel, set in a historic estate in Taplow, Berkshire, with her mother. As per tradition, the bride and groom are expected to spend time apart from each other on the night before their wedding.

According to weather forecasts, Windsor is expected to see "ideal" wedding conditions tomorrow, with balmy temperatures and clear skies accompanied by a light breeze.

The newly-wed royal couple will be doing a tour of the city centre of Windsor in a traditional horse-driven Ascot Landau carriage after they tie the knot at St George's Chapel in Windsor Castle.

The palace had revealed earlier that Prince Harry's niece, three-year-old Princess Charlotte, will be one of the six young girls chosen as bridesmaids at the wedding.

Her elder brother, Prince George, aged four, will be a pageboy among a total of 10 children chosen for the roles.

So far, all details of the bride's and bridesmaids' dresses and the pageboys' uniforms remain under wraps.

Local Thames Valley Police have said the wedding is expected to attract thousands of people from around the world to Windsor and that their planning is well under way, with security barriers and CCTV cameras.