Actress Priyanka Chopra talks about her reply to Australian journalist after he said that Chopra and her husband, musician Nick Jonas, "had not done enough films" to have qualified to present for Oscars. 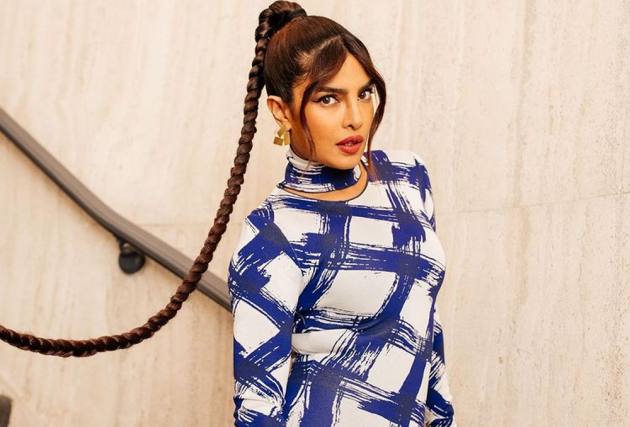 Actress  Priyanka Chopra has explained why she clapped back at Australian journalist after the latter had said ,"I’m not sure their contribution to movies qualifies them to be announcing Oscar nominees.”

In an interview with Vanity Fair, Chopra said, “I usually don’t get mad, but that just pissed me off.”

“I’ll be mad, I’ll be angry, I’ll be annoyed. I’ll speak about it to my family. I might cry a little bit, but it doesn’t change my relationship with my work and what my actual quest is. My quest is not people’s opinions. My quest is my job. My quest is making sure that when someone watches something that I have done, it moves them or they enjoy it. My personal life, who I am, all of that is not my job,” she continued.

In a befitting reply to the journalist, Chopra shared a screen recording of her scrolling down her filmography of more than 60 movies on IMDb.

Would love your thoughts on what qualifies someone. Here are my 60+ film credentials for your adept consideration @mrpford https://t.co/8TY2sw1dKb pic.twitter.com/T8DnQbtXZG

The actress also talked about the recent rumors surrounding a rift between her and Jonas. She said, “It’s a very vulnerable feeling, actually, that if I post a picture, everything that’s behind me in that picture is going to be zoomed in on, and people are going to speculate,” she said. “It’s just a professional hazard. Because of the noise of social media, because of the prevalence that it has in our lives, I think it seems a lot larger than it is. I think that we give it a lot more credence in real life, and I don’t think it needs that.’

Chopra got candid about having kids in the near future, she said, "They’re a big part of our desire for the future. By God’s grace, when it happens, it happens."

On the work front, the actress will be seen in director Zoya Akhtar’s production with actresses Katrina Kaif and Alia Bhatt in ‘Jee Le Zaraa’. It is slated to release in 2023. She was recently seen in the movie ‘The Matrix Resurrections.’