Proclaimed Offender Proceedings Against Honeypreet, Property To Be Attached

Besides Honeypreet, the police may also take similar action against Aditya Insan and Pawan Insan, key Dera functionaries who are on the run. 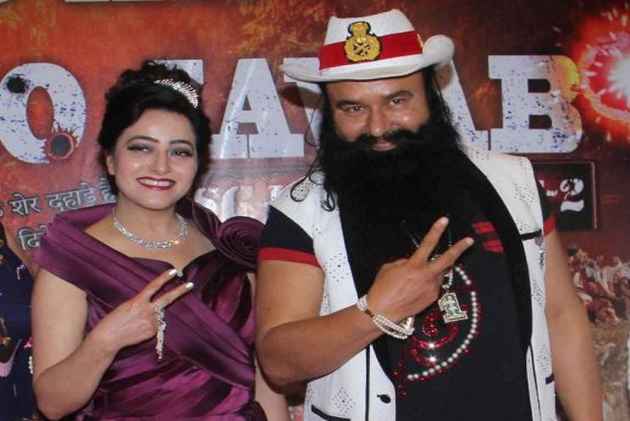 The Haryana police has said it had initiated the process for declaring Dera Sacha Sauda chief Gurmeet Ram Rahim Singh's adopted daughter Honeypreet Insan as a proclaimed offender and added that her property may also be attached.

Besides Honeypreet, the police may also take similar action against Aditya Insan and Pawan Insan, key Dera functionaries who are on the run.

According to Haryana police DGP B S Sandhu an international alert has been issued and efforts are on to find Honeypreet and the other two.

"Legal action against two to three people, who are untraceable, is being taken. We have started the process of declaring them proclaimed offenders. Their personal properties will also be attached...These persons are Aditya Insan, Pawan Insan and Honeypreet Insan," Sandhu told reporters in Sirsa on Saturday.

I want to warn them that they should appear before police and present their side to the investigators, he said.

The DGP said that efforts were being made to nab Honeypreet and the other two in connection with the violence that had erupted following the conviction of Ram Rahim in a rape case.

For this, an international alert has been issued and teams are conducting raids, he said.

The DGP said that till August 25 there was no case against Honeypreet but after the arrest of Dera functionary Surinder Dhiman, her role became suspect.

"Therefore, a case was registered and a search is on to nab her," Sandhu said.

He said the police had information that Honeypreet had come to Dera Sacha Sauda in Sirsa after the violence.

Asked if Ram Rahim Singh would be questioned regarding Honeypreet, Sandhu said that according to the need, whosoever has to be interrogated, will be questioned.

A joint operation was conducted by Haryana and Rajasthan police teams in Sri Ganganagar district of Rajasthan to trace Honeypreet Insan on September 21 but she remained elusive.

Honeypreet was booked in connection with the violence following the conviction of the Dera chief on August 25. A lookout notice had already been issued against her and Aditya Insan.

Police had also said that they needed to question Honeypreet on the basis of certain disclosures made by a Dera functionary Surinder Dhiman.