Prohibitory Orders Imposed In Gurgaon Ahead Of Padmaavat Release

There are over 40 multiplexes and cinema halls in Gurgaon. 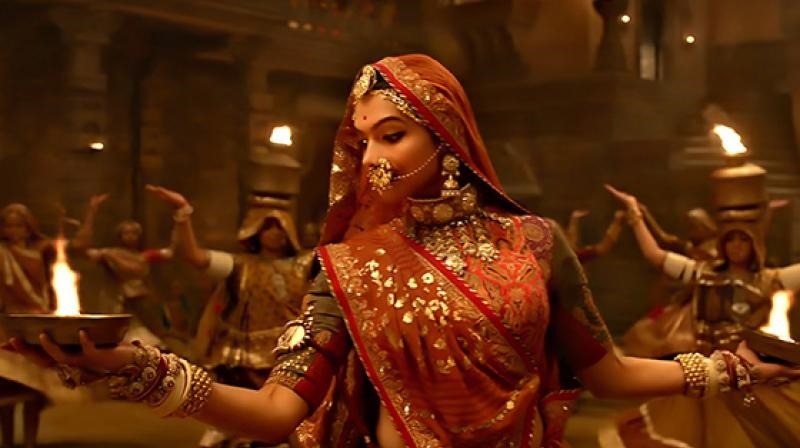 Ahead of the release of Sanjay Leela Bhansali's Padmaavat on January 25, prohibitory orders have been imposed here till Sunday to maintain law and order situation, in view of Shree Rajput Karni Sena threatening to target theatres screening the film.

There are over 40 multiplexes and cinema halls in Gurgaon.

Karni Sena has been the most vociferous of the fringe groups opposing the period drama, alleging that historical facts were distorted in the movie.

However, the Haryana government has said that it would implement the Supreme Court order that allows the screening of the movie.

Gurgaon Deputy Commissioner Vinay Pratap Singh said, "Section 144 of the CrPC has been imposed in view of release of the Padmaavat in various cinema halls and multiplexes on January 25 as there is likelihood of law and order disturbance."

"Following imposition of Section 144, there is prohibition on presence of people carrying firearms and other articles capable of causing injury, raising slogans and exhibiting placards within 200 meters radius of the cinema halls and multiplexes from January 23 to January 28," Singh said.

Shree Rajput Karni Sena patron Lokendra Singh Kalvi had said they would not allow the screening of the film.

During a meeting with the people of his community at Rajput Vatika here yesterday, he had said, "We were not directed by the Supreme court. The apex court directed all state governments and not us. We are free to take our own decision and will protest against the screening of the film."

"If screening of the film is not stopped, members of our community will not stop from demolishing screens in theatres," Kalvi had said.

The Supreme Court had earlier paved the way for the all- India release of Padmaavat on January 25 and stayed notifications and orders issued by Madhya Pradesh, Rajasthan and Gujarat -- all ruled by the BJP -- prohibiting exhibition of the film in their states.

The apex court had also restrained other states from issuing any such notification or orders banning the screening of the movie.

The movie, which was earlier titled Padmavati, will now be released worldwide on January 25 with the new title suggested by the censor board.

Starring Deepika Padukone as Rani Padmavati, Shahid Kapoor as Maharawal Ratan Singh and Ranveer Singh as Alauddin Khilji, the film was slated for release on December 1 last year but was postponed as the makers had not got a certificate from the Central Board of Film Certification (CBFC), or the censor board, till then.