The movie will be released on January 25 in Hindi, Telugu, and Tamil. 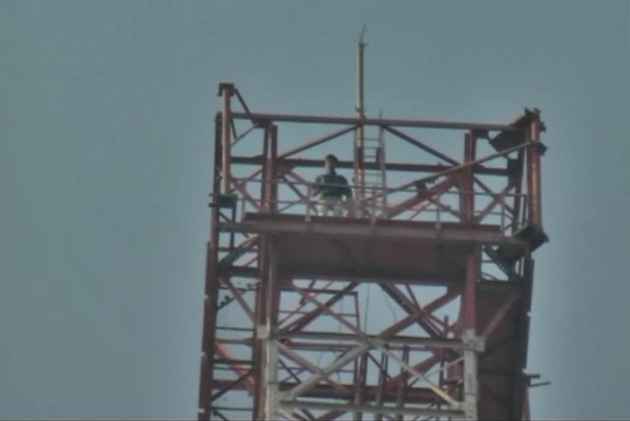 A man climbed a mobile phone tower in Rajasthan's Bhilwara district with a bottle of petrol in protest against the January 25 release of the movie Padmaavat.

Upendra Singh Rathore climbed the 350-feet tall tower, saying he will descend only when the movie is banned across the country.

Last week, the Supreme Court set aside notifications passed by the governments of Madhya Pradesh, Haryana, Rajasthan, and Gujarat to ban the release of Padmaavat.

The movie will be released on January 25 in Hindi, Telugu, and Tamil.