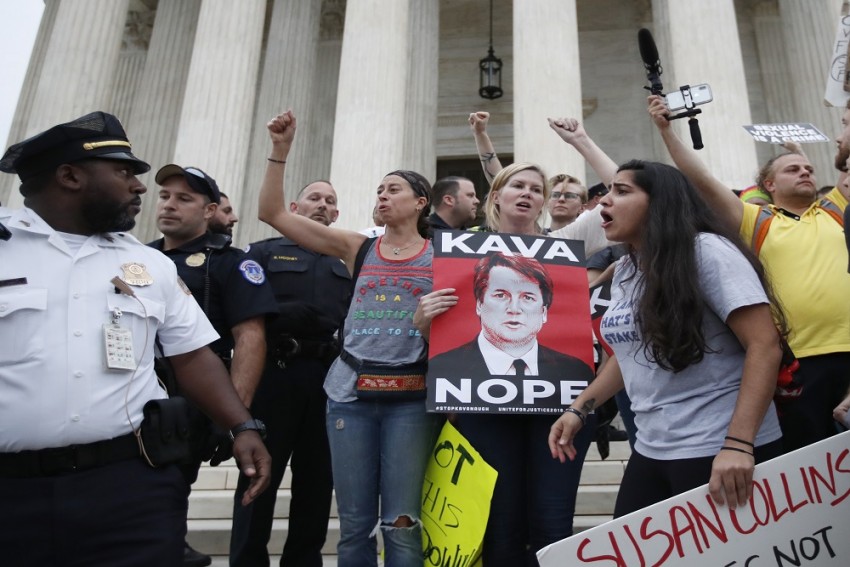 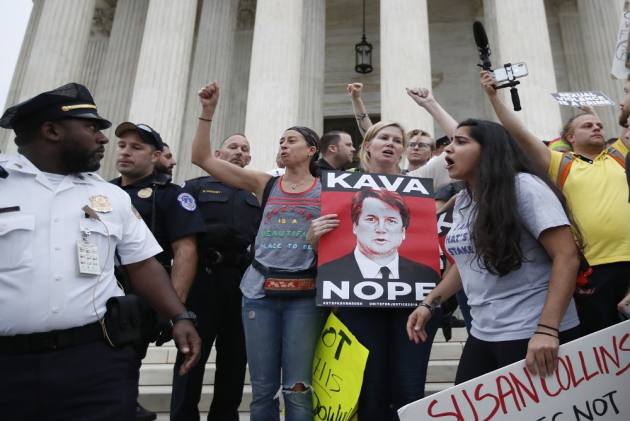 The protests over Judge Brett Kavanaugh's elevation to the US Supreme Court continued even after his confirmation on Saturday for the post of Associate Justice in the apex court.

Protestors congregated at the Capitol Hill in opposition to his appointment and banged the doors of the Supreme Court when Kavanaugh reached for his swearing-in, CNN reported.

A group of protestors gathered near the Supreme Court at around 5:45 PM (local time) chanted "Hey hey, ho ho, Kavanaugh has got to go."

They also raised slogans like, "No justice, no peace," and expressed their solidarity with alleged sexual assault victims by chanting "We believe Anita Hill," a woman who had earlier levelled similar allegations against Justice Clarence Thomas.

One demonstrator displayed a sign with "Predator Club" written alongside pictures of Kavanaugh, Thomas and President Donald Trump.

Taking to his Twitter account, Trump refuted "fake news" reports that there were huge crowds of protestors gathered outside the Supreme Court, saying that the crowd seemed to be barely 200 strong.

"The crowd in front of the U.S. Supreme Court is tiny, looks like about 200 people that wouldn't even fill the first couple of rows of our Kansas Rally, or any of our Rallies for that matter! The Fake News Media tries to make it look sooo big, & it's not!" Trump tweeted.

In the gallery, protestors were chanting, "I will not consent," with raised fists, leading to Vice President Mike Pence having to ask the sergeant-at-arms to "restore order in the gallery" repeatedly.

Around 150 protestors who assembled at the Rotunda Steps on the East Front of the US Capitol were arrested, the Capitol Police added. Protestors who were arrested on Saturday were charged with breach of the Washington code against crowding, obstructing or incommoding.

Over 300 have been arrested in the anti-Kavanaugh protests throughout this week in Washington D. C.