PSA Details CMP Platform, Likely To Be Localised In India

The new modular platform from PSA will underpin rivals for cars such as the Suzuki Baleno, Honda City, Hyundai Creta and Ford EcoSport 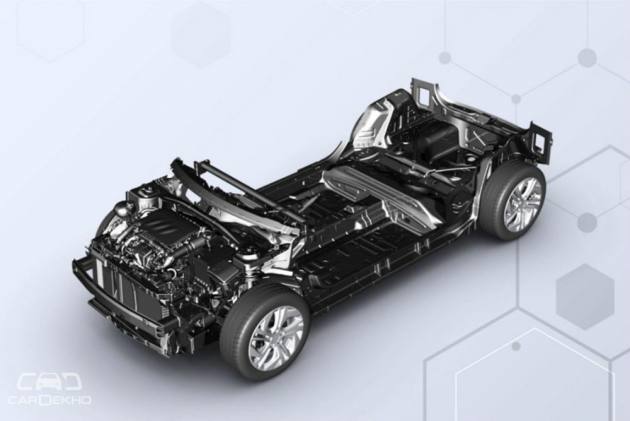 PSA Group has showcased its new architecture, the CMP (Common Modular Platform), at the 2018 Paris Motor Show. Going forward, all midsize and premium hatchbacks, compact and midsize sedans along with compact SUVs from PSA Group will be based on the new modular CMP. 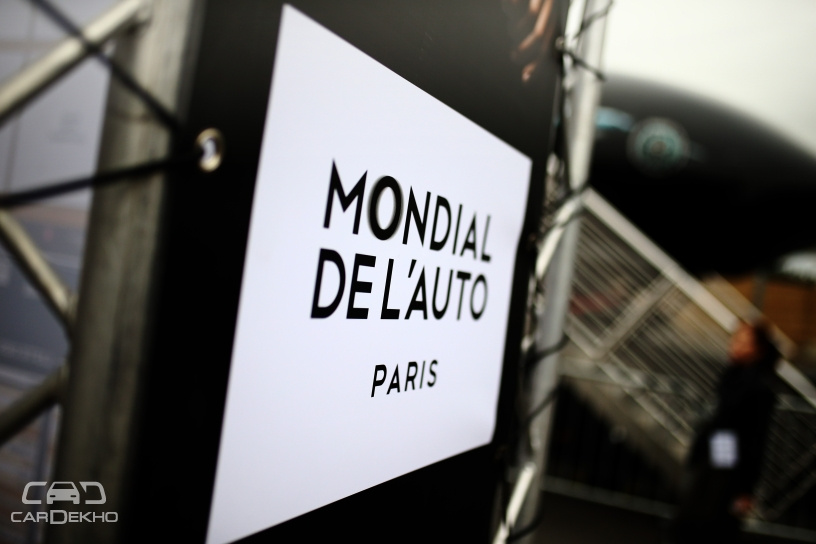 PSA Group, which comprises of brands such as Peugeot, Citroën, DS, Opel and Vauxhall, is all set to enter the Indian market by 2020 and its debut product is unlikely to be a CMP-based vehicle. However, PSA might localise the CMP in future when it enters high volume segments like the premium hatchback or compact SUV in India.

So far, CMP has been confirmed for localisation in Europe (France, Spain, Slovakia), Asia (China), Latin America (Argentina and Brazil) and Africa (Morocco, Algeria). Modular in nature, it will allow PSA to adapt models to local markets needs, just like Volkswagen’s MQB and MQB-A0 (to be localised in India by 2020).

Cars based on the CMP platform will be powered by PSA’s latest 1.2 litre, 3-cylinder turbo PureTech petrol engine along with its last-ever diesel engine -- the 1.5-litre Blue HDi. Both the engines feature particulate filter and are BSVI-compliant. These engines also conform to the existing Indian tax break for cars under four metres in length with petrol engines under 1.2 litres or diesel engines under 1.5 litres. 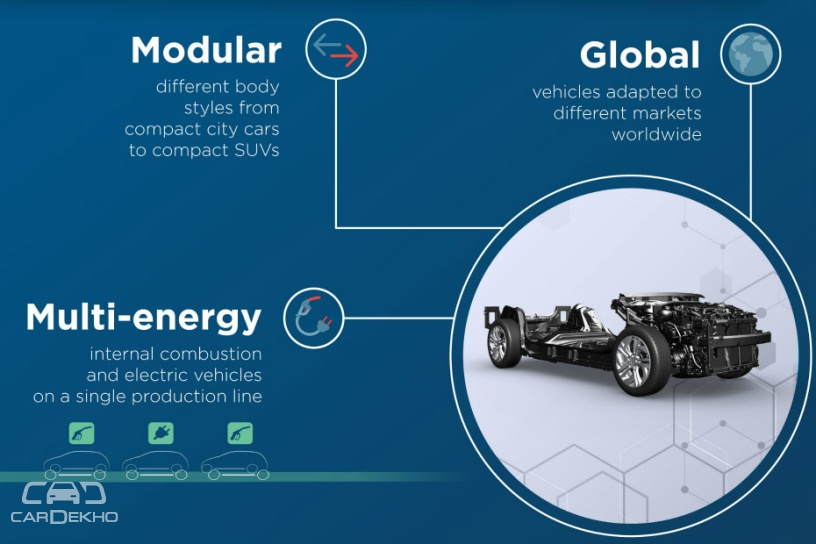 Besides internal combustion engines, CMP will also support fully electric and hybrid cars. In fact, PSA plans to launch seven new electric vehicles globally based on the 100 per cent electric version of the platform,  the eCMP, by 2021. This will surely help PSA bring EVs to the Indian market, wherein carmakers like Hyundai, MG, Suzuki will soon introduce made-in-India EVs in a couple of years from now.

The relatively affordable long-range EVs based on the eCMP will pack a 50kWh battery pack along with a 100KW (136PS) electric motor. PSA is claiming a range of between 300-350km on a single charge and an electronically limited top speed of 150kmph. A 100KW DC fast charging setup will juice up the battery pack to 80 per cent in less than 30 minutes. We expect PSA Group to bring its Citroen brand to India. 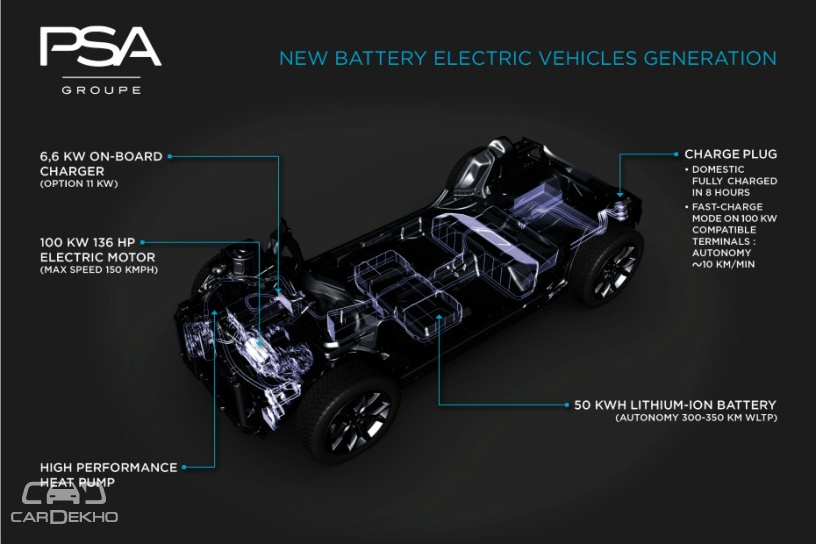