Why P.U. Chitra’s Gold In Asian Indoor Games Is A Sweet Revenge Against Athletics Federation And PT Usha 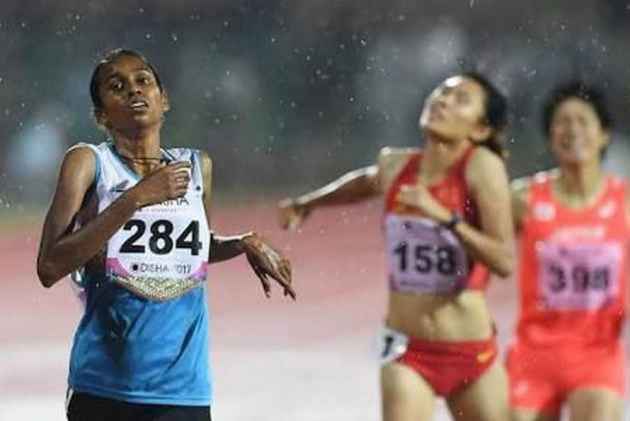 P.U. Chitra’s gold in 1500m women’s race in Asian Indoor Games in Turkmenistan has come as a sweet revenge for her.

Chitra, who had won the outdoor gold in the Asian Championships in Bhubaneswar, was omitted by the Athletics Federation of India (AFI) from the national team for the London World Championships last month saying she did not meet the qualifying mark. The issue had then created a furore and led to a court case.

The biggest blow to Chitra, whose both parents were daily wage labourers in a Kerala village, had come from none other than Athletic legend P.T. Usha, who was invited as an observer of the AFI’s selection committee. Usha was criticized for not backing Chitra. Usha, the former national champion from Chitra’s home state, had said that Chitra's performance was “nowhere near the qualification mark."

The issue had also created a social media chorus in support of Chitra with the hashtag #ISupportChitra going viral.

The AFI’s decision forced Chitra to move the Kerala High Court against the “injustice” meted out to her.

The court ruled in favour of Chitra and directed the central government to ensure her participation in the World Athletics Championships in London.

Following this, Union Sports Minister Vijay Goel asked the AFI to honour the Kerala High Court directive and the AFI was forced to request the International Association of Athletics Federations (IAAF) to consider including Chitra in the Indian squad. However, IAAF rejected the AFI’s request, putting an end to Chitra’s dream to participate in the World Championship.

In Turkmenistan, Chitra clocked 4 minutes 27.77 seconds to win the gold in the women's 1500m race. She had won the outdoor gold in the Asian Championships in Bhubaneswar in 4:17.92.