The Congress said people across the country, angered by the BJP's "arrogance and misrule", were "showing it the door 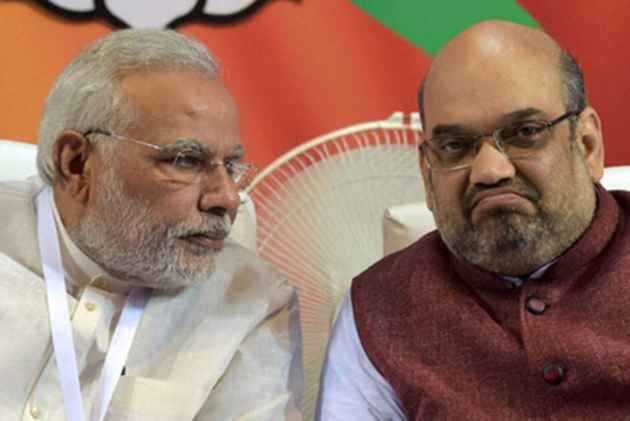 Buoyed by results of Lok Sabha bypolls in Uttar Pradesh and Bihar, the opposition parties today said the verdict reflected "public anger" against the BJP and it is the "beginning of the end" of the ruling party at the Centre.

In a stunning blow to the BJP ahead of the 2019 general elections, the party today lost bypolls to all three Lok Sabha seats it contested, including its bastion Gorakhpur, and Phulpur in Uttar Pradesh, besides Araria in Bihar.

The Congress said people across the country, angered by the BJP's "arrogance and misrule", were "showing it the door", as was amply proved by the by-election results in the states.

The Congress also claimed the BJP had "lost" its simple majority in the Lok Sabha. It said the BJP now had 271 members, minus the two rebel MPs, Kirti Azad and Shatrughan Sinha.

However, according to the Lok Sabha secretariat, the BJP has 274 members and the party needs 272 MPs for a simple majority on its own.

Congratulating the winners of the Lok Sabha by-elections, Congress president Rahul Gandhi said the outcomes showed that the people were angry with the BJP and would vote for any non-BJP candidate with the potential to win.

He also said the Congress was keen to rebuild the party in Uttar Pradesh but added it would "not happen overnight".

The party's candidates in the state lost their deposits in recent by-polls to the two Lok Sabha seats in Uttar Pradesh. The Samajwadi Party defeated the BJP in the two constituencies.

"Congratulations to the winners of today's by-elections. It is clear from the results that voters have a lot of anger towards the BJP and will vote for any non-BJP candidate who has more chances of winning.

"The Congress is keen on rebuilding the party in Uttar Pradesh, but that will not happen overnight," he tweeted in Hindi.

SP chief Akhilesh Yadav termed the victory as one of "social justice" and thanked the BSP for it. In Uttar Pradesh, the SP and BSP came together after 1993 when they had formed a coalition government.

Attributing the victory of SP to the support from Dalits, farmers, labourers, women and unemployed, Yadav said, "Governments which trouble people are brought down. This government brought problems and led to fear among people. This is a mandate against both the Centre and state governments, people have come together to bring 'bad days' for the BJP."

Soon after reports of the Uttar Pradesh and Bihar bypoll results started coming in, Trinamool Congress (TMC) supremo and West Bengal chief minister Mamata Banerjee tweeted, "The beginning of the end has started".

She congratulated both BSP supremo Mayawati and SP chief Akhilesh Yadav on Twitter.

"Together We are fighting. We shall fight & We will Win (sic)," Prasad replied, thanking "Didi" in his tweet.

The BJP lost the Araria Lok Sabha by-election to the RJD.

"Yet the BJP lost from this seat. The BJP even lost Phulpur which was represented by Maurya. Congratulations to SP-BSP alliance. The victory is a jolt to communal politics," AAP MP Sanjay Singh said.

CPI(M) MP Mohammed Salim also welcomed the outcome of the bypolls and said it would have its impact on next year's Lok Sabha polls.

"The SP and BSP coming together has helped the voters express their anger against the BJP governments in Uttar Pradesh and at the Centre. The result is an indicator and it will have its impact in 2019," he told PTI.

Asserting that the Lok Sabha bypoll results showed that the BJP was not invincible, CPI leader D Raja said, "These (bypoll) results would have an impact on the thinking of all the secular, democratic parties so that they evolve a proper electoral tactic, keeping in view the objective of defeating the BJP."

"In May 2014, the BJP won 282 Lok Sabha seats. In four years, BJP government is down to 271, losing its simple majority in Lok Sabha minus its allies - considering the fact that PM Modi has suspended Kirti Azad and virtually disowned their most truthful, fiercely independent Patna Sahib MP," Surjewala tweeted.

"By-Poll results have given a clear message that people are angry with BJP for its arrogance and misrule," the Congress leader added.

"By-poll results have given clear message that people are angry with BJP for its arrogance and misrule," he said.

Congress spokesperson Jyotiraditya Scindia said the results of the by-polls clearly indicated that across the country, people had spoken out against the "anti-farmer" rule of the Central government.

He said people had also testified against the BJP government's "anti-youth policies", "anti-women rule" and "unemployment that is rampant".

"It is very clear that the people of our great country are showing this BJP government the door,' he told reporters outside Parliament.