Meanwhile, Lieutenant Governor Tamilisai Soundararajan launched the vaccination drive for adolescents (15 to 18 years) at the Soucilabai Government Girls Higher Secondary school in the heart of the town on Tuesday. 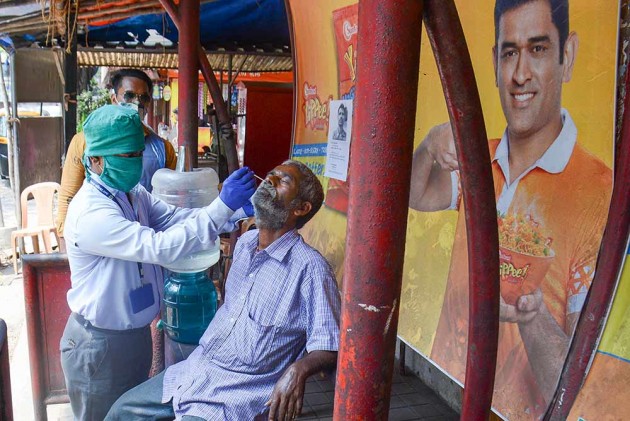 Puducherry witnessed a spike in the number of COVID-19 cases during the last 24 hours with 66 new infections, officials said on Tuesday. The number of fresh cases in the Union Territory were less than 30 for several days earlier.

In a press release, Director of Health G Sriramulu said the fresh cases were identified after examination of 3,420 samples. While Puducherry region reported 45 out of the 66 cases, the outlying region of Karaikal had 13 fresh cases followed by one in Yanam and seven in Mahe. With the latest addition, the total cases in the Union Territory so far rose to 1,29,619. The Director said seven patients recovered from the infection and were discharged while the overall recoveries were 1,27,524. There was, however, no fresh fatality as the death toll remained unchanged at 1,881, the director said.

Meanwhile, Lieutenant Governor Tamilisai Soundararajan launched the vaccination drive for adolescents (15 to 18 years) at the Soucilabai Government Girls Higher Secondary school in the heart of the town on Tuesday. Speaking to reporters after overseeing the vaccination of school children, she said the inoculation programme of teenagers that is underway in Puducherry and also across the country was a revolutionary step to combat the pandemic.

"People should feel proud that the indigenously produced vaccine (Covaxin) was being used to vaccinate people to protect them against the pandemic," she said. Soundararajan, who also conversed with the school children at the camp, also said that the UT government had set a target to vaccinate all 83,000 children in the age group of 15 to 18 years. The current drive to cover the teenagers began Monday and so far 454 adolescents have been vaccinated in Puducherry."The vaccination of boys and girls was being done only after getting the consent of their parents and that might be the reason for the slow progress of the vaccination," she said.

The Lt Governor also said that nobody would be pardoned if they skipped vaccination. She said Chief Minister N Rangasamy had already inspected the places where improvised COVID Care Centres were planned to be set up. Puducherry's health department has vaccinated around 80 percent of the total population with the first dose and around 1 lakh people remain to be covered. The Lt Governor also said all the government staff were expected to get the jab without fail.