“We feel at such times of distress it is imperative that special consideration should be made to fulfil the earlier commitment of Rs 4 lakh by the government,” Channi wrote. 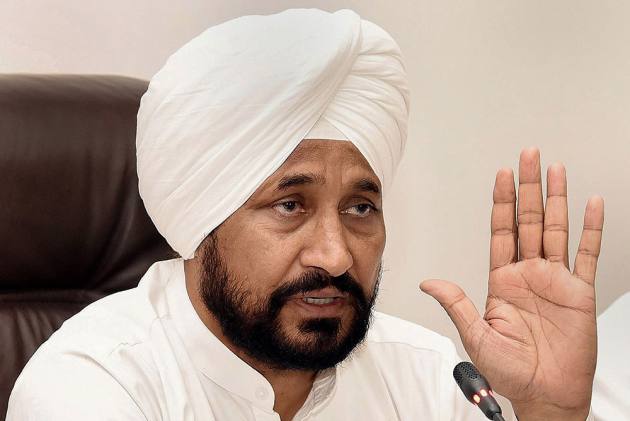 On Wednesday, Punjab Chief Minister Charanjit Singh Channi urged Prime Minister Narendra Modi to give an ex gratia of Rs 4 lakh to the kin of those who died of COVID-19, saying mere Rs 50,000 compensation is insufficient.

Channi wrote to Prime Minister Modi, saying his government is ready to contribute 25 per cent of the ex gratia amount. “Wrote a letter to PM @narendramodi ji & urged him to implement his previous order of disbursing ex gratia of Rs 4 lakh to the kin of those who died of Covid-19. I feel, mere Rs 50,000 compensation is insufficient,” Channi tweeted Wednesday evening, tagging his letter to Modi.

In his tweet, Channi mentioned that “my government is ready to contribute 25 per cent share under this scheme”. “We demand that the central government implement its earlier order notified on date 14th March, 2020, (33-4/2020-NDM-1) issued by the Ministry of Home Affairs, where the government committed to disburse ex gratia payment of Rs 4 lakh per deceased,” Channi said in his letter to the PM.

“The Central government later revised this notification and reduced the ex gratia payment to Rs 50,000,” he added. “We feel at such times of distress it is imperative that special consideration should be made to fulfil the earlier commitment of Rs 4 lakh by the government,” Channi wrote.

He mentioned that “we understand that State Disaster Response Fund norms require 75 per cent of the Rs 4 lakh, which is Rs 3 lakh to be paid by the central government and remaining 25 per cent, which is Rs 1 lakh, to be the share of the state.” “We commit to uphold the state share of the Rs 4 lakh ex gratia payment,” he said in his letter. He said as a welfare state, it is our responsibility to look after our citizens in distress.

“Our state has started many welfare schemes to help people tide through the difficult times. We expect that the central government will also share this responsibility,” he wrote. “On September 11, 2021, the Government of India had submitted a detailed affidavit in the Supreme Court mentioning that it will pay Rs 50,000 as ex gratia to the families of those affected by the Covid-19 pandemic through the SDRF (State Disaster Response Fund).

“Under the NDMA (National Disaster Management Authority) the compensation amount is shared by the Centre and the state in 75 percent -- 25 per cent (ratio) respectively,” Channi wrote in his letter. He mentioned that COVID-19 pandemic has heavily affected the majority of the population in this country and many people have died untimely while businesses have shut down and people have been forced to migrate.

“Families have lost their earning members and the out-of-pocket treatment expenses incurred in private hospitals during the pandemic have brought them to the streets. Families have lost all their savings and are in huge debts,” Channi further wrote. He said at such a difficult time, the modest amount of Rs 50,000 as ex gratia compensation is "insufficient".

“The government in its response to the Supreme Court has argued that giving (Rs) 4 lakh compensation would leave the state with insufficient capital to deal with Covid-19. While the (central) government continues to collect taxes through rising petrol prices and provide tax relaxation to corporates but denied such relief to citizens,” wrote Channi.

Notably, earlier in the day, former Congress chief Rahul Gandhi demanded that the government provide credible data on Covid deaths in the country and pay a compensation of Rs 4 lakh each to families of those who lost their lives due to coronavirus.