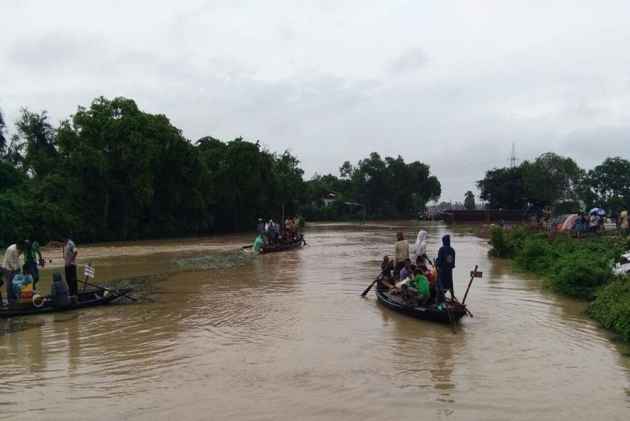 According to an official statement, while Rs 5 crore is being transferred from the Punjab Chief Minister's Relief Fund to Kerala counterpart's relief fund, the remaining Rs 5 crore will be in the form of ready-to-eat food material and other supplies, to be flown there with the help of the Defence Ministry.

"First, air force sortie is expected to take off tomorrow to deliver 30 tonnes of ready-to-eat foods, such as biscuits, rusks, bottled water and milk powder to the flood-hit state. About one lakh food packets are to be sent in the first consignment. The remaining will be dispatched as and when requisitioned by the Kerala government,"it said here today.

A total of four sorties, each carrying 30 tonnes ready-to-eat foods, would be undertaken, the statement said, adding the Punjab government was pulling out all stops to ensure timely relief measures for the crisis-ridden Kerala.

The deadliest deluge in close to a century has claimed 173 lives in Kerala since August 8, and dealt a body blow to the scenic state, wrecking its tourism industry, destroying standing crops in thousands of hectares and inflicting huge damage to infrastructure.

The Punjab Financial Commissioner, Revenue, had earlier spoken to his Kerala counterpart, on the directives of Amarinder Singh, to assess the situation and the kind of support required by the Kerala government to deal with the unprecedented flood.

Thereafter, officials of the Punjab government got in touch with the Defence Ministry to seek their help in transfer of the relief material, the statement said.

Meanwhile, acting on the chief minister's appeal, members of Punjab IAS Officers Association have decided to donate their one day's salary to the CM's Relief Fund to support relief measures for Kerala.

The Punjab chief minister has also appealed to other government employees to extend similar help and has urged various NGOs and philanthropic organisations in the state to extend all possible help to the people in Kerala.

Stressing on the need for the entire nation to come together to help Kerala in this critical time, Amarinder Singh said it was an extraordinary situation requiring extraordinary measures.