The Kejriwal government had announced a night curfew in capital from Monday amid rising Covid cases and the threat posed by the new Omicron variant. 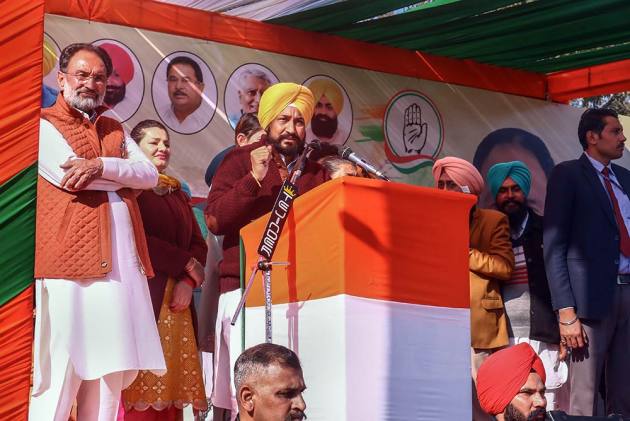 Punjab Chief Minister Charanjit Singh Channi alleged that the night curfew imposed by Kejriwal government in Delhi was just a ploy to get the Punjab assembly polls postponed by projecting the Covid threat to be grevious.

Apart from Kejriwal’s Aam Aadmi Party, the Congress leader also accused the BJP of wanting to postpone the Punjab polls. However  AAP, which is the main opposition in Punjab, quickly dismissed the claim as “baseless” and “immature”.

Channi’s remark came at an event where 58 new buses were inducted into the government fleet, with the chief minister himself driving one and also announcing free travel passes for college students.

“But the AAP and the BJP want the elections postponed,” he said. The AAP has imposed a night curfew in Delhi to show that the situation is serious and these elections should not be held,” he added. His own party, however, was ready for the elections “today”, the Congress leader said.

Harpal Singh Cheema, who is the leader of opposition in the Punjab Assembly, said Kejriwal was concerned about the health of people.

The AAP leader termed Channi’s remarks “baseless” and “immature” and said night curfew has been imposed in some other states as well, and not just in Delhi. He said the Congress is scared of Kejriwal’s popularity in Punjab and predicted that the AAP will form the next government there.

While no political parties in the states going to the polls early next year have called for their postponement, the Allahabad High recently suggested that the Election Commission should consider deferring them for a month or two because of the pandemic.

The HC had also suggested banning election rallies. The CM announced free passes for students from both government and private colleges.

The 58 new buses are part of 842 which are being added to the state’s fleet at a cost of Rs 400 crore. Thirty buses from the first batch will go to the Pepsu Road Transport Corporation and remaining 28 to PUNBUS.

Channi said 105 bus terminals are being constructed or renovated at a cost of Rs. 400 crore, 425 new bus routes being added and 1,406 new bus permits being given.

“I am happy to be doing content across multiple genres. What binds them together is a great story,” he added.