The unbroken 121-run stand between Reeza Hendricks and Quinton de Kock was the highest T20 international partnership for any wicket against the Lankans by South Africa. 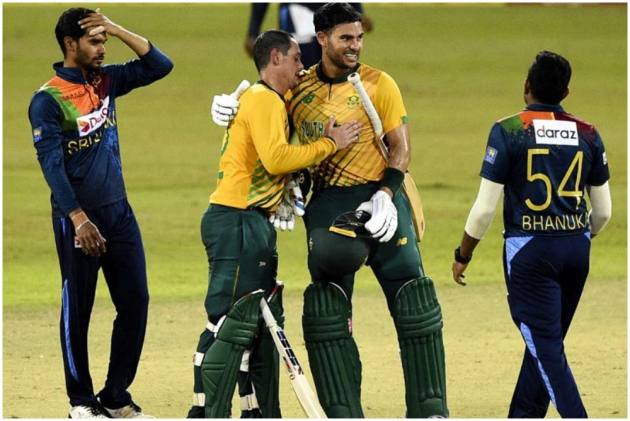 Sri Lanka had scored 120/8in 20 overs after winning the toss and batting first. Opener Kusal Perera top scored for the home team with 39 while Chamika Karunaratne’s unbeaten 24 at No. 9 gave Sri Lanka a modest total.

Spinner Bjorn Fortuin had the best bowling figures with 2/21 while paceman Kagiso Rabada had 2/23. South Africa was in complete control in its chase, denying Sri Lanka any chance of a breakthrough and reaching its target with 32 deliveries to spare.

De Kock completed his second consecutive unbeaten half-century, with 59 including seven boundaries off 46 deliveries. That followed his 58 not out in the second match which South Africa won by nine wickets on Sunday.

De Kock was named player of the match and the series for his total 153 runs. Hendricks hit a six and five boundaries for his 42-ball 56 not out.