There are many delightful (and some shallow) stories and stereotypes about Parsis and Christians in Indian cinema... 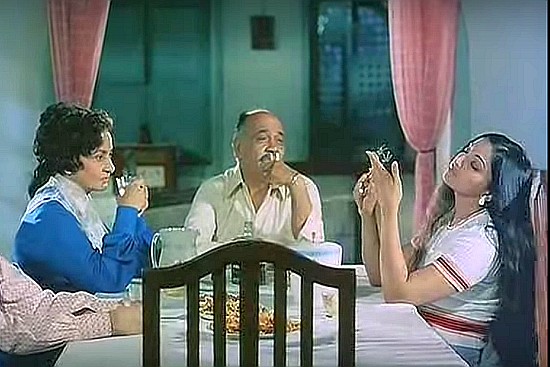 Hindi movies over the decades have offered many hoary old stereotypes of minority communities. There are the Parsis, who used to be offered as comic relief, arriving in a grand old car packed with kids and piloted by a bespectacled little man in a black conical hat. There are the Christians, often embodied in plump, stern nurses, saintly priests, or well­meaning but perpetually liquor­soaked uncles. These quick­and­dirty shorthands range from merely shallow to downright offensive, but for better or worse they are part of the filmic vocabulary, frequently pressed into service.

At the same time, there are some films with more to say about members of minority communities, films that delve deeper than stereotypes, films that shed light on some aspects of a community's life and culture, films in which the characters' membership in one group or another may inform their interaction with the universe, but is only one element in the telling of a universal narrative.

One of the best of these is the 1975 film Julie, mostly remembered for its bold treatment of young women's sexuality and unmarried pregnancy. But it is also an unusually layered and thoughtful presentation of a Christian family. Julie's mother Margaret (Nadira), an Anglo­Indian, boasts to family friends about her English father, but she changes the subject uncomfortably when asked about her Indian mother. Margaret feels rejected and abused by a thankless Indian society; the film puts her bitterness and the constant westward cast of her gaze in that perspective, lending them depth.

Julie's father Morris (Om Prakash) references the classic jovial Christian drunk, but there is more to him than the stereotype, too. Morris adores his family, especially Margaret and Julie, and devotes himself with almost pathetic hopefulness to keeping them happy. He spends at least as much on gifts for them as he does on liquor; indeed, when Morris squanders the family savings, it is not to buy booze but to buy a foreign car that he thinks worthy of his wife's elegant self­image. There is love and nuance in the natural complexity of this family's relationships.

In Julie, at least some of Margaret's contemptuous distrust of mainstream Indian society is reciprocated. Julie's boyfriend's mother (Achala Sachdev), a Hindu, is hateful and paranoid of Christians; at one point she refuses to eat a cake that Julie brings her, sure that Julie has deliberately tried to contaminate her with non­veg food. And yet there is a uniting message at the end of the film, embodied in Julie's child who bears the blood of both families, and represents a more harmonious future.

Thus Julie's focus on the Anglo-­Indian family resolves into the universal theme of forgiveness and inter­religious unity. Other films have been set in minority families have stories with similarly universal overarching themes. Basu Chatterjee's Baton Baton Mein, for example, which features two Christian families, sweetly examines themes you might see in any film about young people navigating love, misunderstanding, and parents eager to find them suitable mates. Khatta Meetha, also by Chatterjee, is set in a Parsi milieu, but its gentle Brady­Bunch­meets­Hum­Aapke­Hain-Kaun narrative casts a wider net in exploring the themes of love, acceptance, and the broader definitions of family.

Both these films may find some narrative expedience in their settings outside the typical middle­class Hindu filmi family. In Baton Baton Mein, the young couple Tony and Nancy (Amol Palekar and Tina Munim) go on dates in a modern way that would have been unusual, if not unheard of, in a Hindu movie family of the time. And with its Parsi setting, Khatta Meetha sidesteps any emotional or social issues around a widow's choice to remarry. Still, films like these shed charming and relatable light on life in minority communities while exploring universal themes. 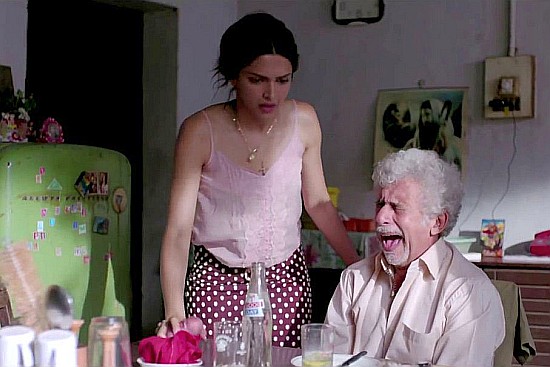 More recently, director Homi Adajania has been examining quirky people in insular minority communities. In Finding Fanny, Adajania points his magnifying glass at specimens in an isolated Goan Christian community. "Don't try to find Pocolim on a map," says the film's narrator, Angie (Deepika Padukone), of the tiny town in which the movie begins. The film highlights the strange habits and relationships that develop as this community floats unmoored from the outside world.

Its residents include Angie (Deepika Padukone), a vivacious and imaginative young widow who is content to live in the tiny, forgotten backwater with her dour, officious mother­in­law Mrs Eucaristica (Dimple Kapadia). Angie's best friend is a lost little puppy of an old man (Naseeruddin Shah); the peculiar relationship goes mostly unexplained. Other oddball characters complete the tableau, like the pervy painter Don Pedro (Pankaj Kapur) who is convinced that the masterpiece of his lifetime will be a portrait of Mrs Eucaristica's derriere.

If Adajania identifies comical quirkiness as the consequence of isolation and an inward­looking community in Finding Fanny, he gives it a darker set of sequelae in Being Cyrus, examining a damaged Parsi family like squirming bugs trapped under glass. In Being Cyrus, the Sethna family seethes. Dinshaw (Naseeruddin Shah) nurses his crippling depression with reclusiveness and substance abuse. His restless wife Katy (Dimple Kapadia) expresses her bitterness in a love affair with her brother­in­law Farokh (Boman Irani), and Farokh imprisons his elderly father in squalor so that he and his wife can spend the family's money without obstacle. These dark secrets are aired by Cyrus (Saif Ali Khan), himself broken and numb, as he infiltrates the broken lives of the Sethnas and, as he puts it, “plays them like a violin.” 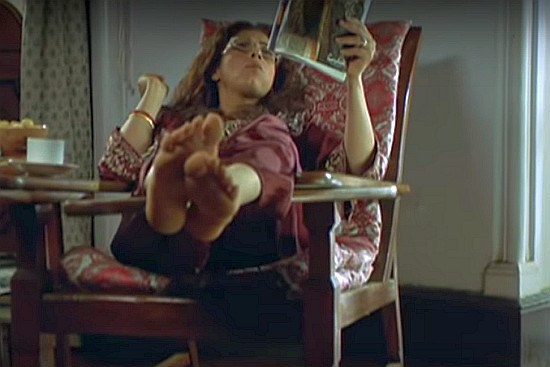 An implication of Being Cyrus is that the extreme insularity of the Parsi community is a direct cause of these fraying and tangled lives. There have been a number of films that build on the inward focus of Parsi communities, whether for comedy or critique. Vijaya Mehta's Pestonjee painted a fairly bleak picture of life among Bombay's insular Parsi community. Piroj (Naseeruddin Shah) broods and pines for decades over a woman he fancied (Shabana Azmi) who married his best friend, Pesi (Anupam Kher). Pesi, chafing against the culture of stifling inwardness that consumes Piroj, turns to an affair with a vivacious half­Parsi, half­Punjabi woman (Kirron Kher), a kind of stepping­stone between his suffocatingly narrow community and the outside world.

A pair of parties in the film points up the contrast between these two milieus. A party that Piroj attends with his boss outside the Parsi community bustles with vibrant, laughing intellectuals; but a party that Pesi and his wife throw for Piroj is a dismal and claustrophobic affair with no guests from outside Pesi's household. And the film's interior spaces are oppressively cluttered with ornate Victorian decorations, which seem to crowd the life out of the people who reside in them.

More recently films have explored that same insularity from a more humorous angle. Shirin Farhad Ki Toh Nikal Padi makes fun of the relationship between a Parsi man (Boman Irani) and his stereotypically overbearing mother as he attempts to and navigate a romantic relationship with an only slightly less socially maladjusted woman (Farah Khan). The movie is crowded with Parsi character actors embodying humorous versions of the quirky personalities that Being Cyrus presents so darkly. (Someone told me that Shirin Farhad is bursting with “Parsi in­jokes”, of which I am sure I only caught a few.)

Another film by and about Parsis, Little Zizou, is also populated with oddballs, such as a charlatan religious leader and the tightly­wound newspaper editor bent on exposing him. Each of these films seems to suggest that the closeness of the Parsi universe breeds a strangeness of character, and to one degree or another presents characters strangled by its confines. Whether escaping those confines is a brittle grasp for survival or a warming and opening of character depends on the darkness or lightness of the film's particular filter.

In these films and others at least some of the rich variation of Indian communities finds representation on film screens, particularly when members of those communities contribute to the making of films and tell stories of their own. And this brief look at them doesn't even touch on the vast and complex relationship between the movies and their portrayal of Muslims, who have long been a huge component of the person­power behind the movies. Nor does it consider the reciprocal powerful influence of Urdu and Muslim traditions on the way all cinematic stories are told, regardless of whom they are about. That many­faceted set of relationships could be an entire book on its own.