"PM turns a blind eye to the anarchy; rather nudges chaos and disorder. People of Delhi are the victims, as this drama plays out," Gandhi said on Twitter. 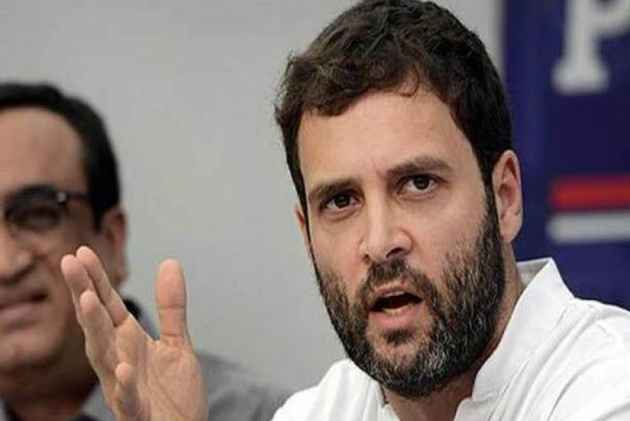 Congress president Rahul Gandhi on Monday said Delhi chief minister Arvind Kejriwal and and Bharatiya Janata Party’s (BJP) protests are a "drama ", and the people of Delhi are the "victims".

He also accused Prime Minister Narendra Modi of turning a blind eye to the "anarchy" in Delhi and aiding "chaos and disorder" in the national capital.

"PM turns a blind eye to the anarchy; rather nudges chaos and disorder. People of Delhi are the victims, as this drama plays out," Gandhi said on Twitter.

PM turns a blind eye to the anarchy; rather nudges chaos & disorder.

People of Delhi are the victims, as this drama plays out.

Governance in Delhi has been severely hit with Kejriwal and some of his cabinet colleagues sitting on 'dharna' at Lt Governor Anil Baijal's office since June 11 and bureaucrats on a "strike" to demand security for themselves.

The Delhi IAS association has asked the Delhi government not to use its officers for "political gains" and rebutted its claim that they were on strike.

On Monday, deputy chief minister Manish Sisodia, who has been on hunger strike since June 13,  was taken to hospital after his health deteriorated, a day after his colleague Satyendar Jain was hospitalised.

Sisodia was rushed to the LNJP Hospital in New Delhi around 3 pm after the ketone level in his urine rose sharply and his sugar level slumped, a senior doctor told PTI.

Kejriwal also tweeted about his deputy's hospitalisation. "Manish Sisodia being shifted to hospital," he said on Twitter.

Health minister Satyendar Jain was late on Sunday night hospitalised after his condition had deteriorated. He was taken to the LNJP Hospital where his condition is stable, doctors said on Monday..

On Saturday, a team of doctors had examined Sisodia and Jain. While Jain went on indefinite fast at the LG's office on Tuesday, Sisodia had been on a hunger strike since Wednesday.

According to a doctor, his blood sugar level on Sunday was 49 units (mg/dL) while the ketone level was found to be "large". However, his blood pressure reading was 120/82.

"Manish Sisodia's ketone level reaches 7.4. Yesterday it was 6.4. Ideally it should be zero. 2+ level is considered to be danger zone. Team of doctors reaching LG house to see him (sic)," AAP spokesperson Saurabh Bhardwaj tweeted less than an hour before he was hospitalised.

The condition of Jain is stable even though he has been kept in the ICU of the LNJP Hospital, a doctor said.