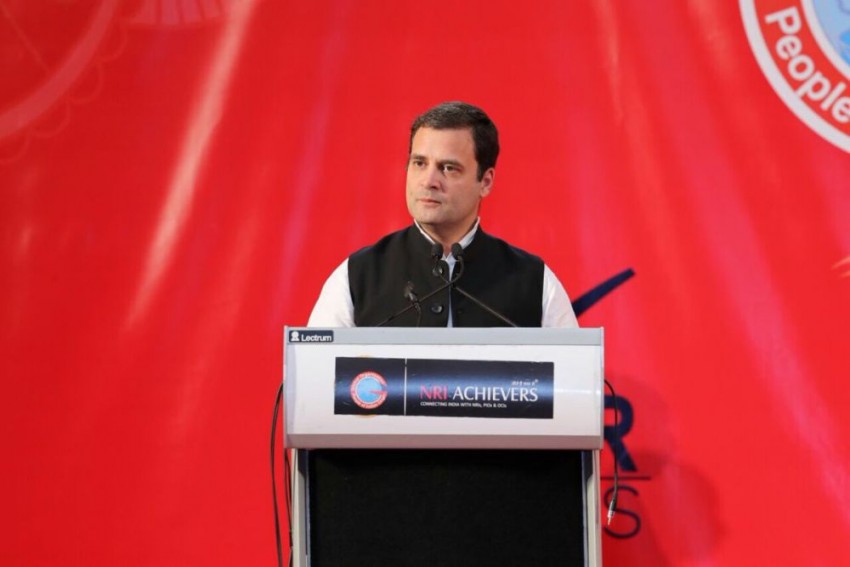 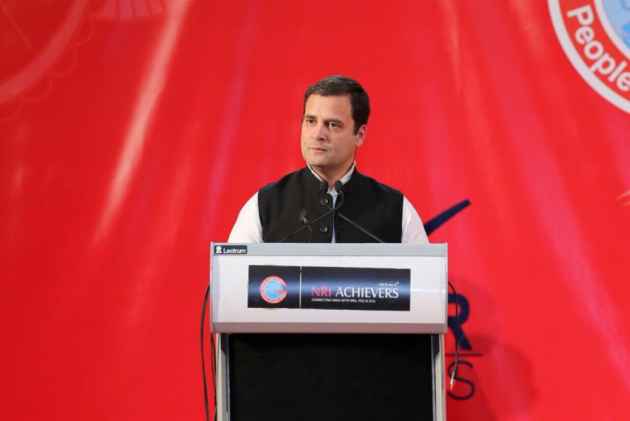 Congress president Rahul Gandhi on Monday slammed the government for allegedly dividing people on the basis of caste and religion and converting the anger of jobless youth into hatred among communities, as he urged NRIs to help fight forces of "hate and division".

In his first address to NRIs outside India after taking over as Congress president, Gandhi assured the NRI community in Manama, Bahrain,  that he would give a "new shining Congress party" in the next six months, hinting that there will be dramatic changes in the organisation, in which the people will believe in and trust.

Noting that there was a "serious problem" in the country, he urged NRIs help solve the problem and be a part of this restructuring.

"Instead of removing poverty and creating jobs, what we see instead is a rise in the forces of hate and division," he said, while calling upon NRIs to help fight them.

He also exuded confidence that the Congress would defeat the BJP in 2019 general election as it had the strength and capability to do so, while noting that the saffron party merely scraped through in recent elections in Gujarat, which is its fortress.

Addressing NRIs at the meeting of Global Organisation of People of Indian Origin (GOPIO) here tonight, the Congress president gave his vision for the country saying his top three priorities would be to create jobs, good health infrastructure and an education system.

"India today is free, but once again it is under threat. There are two clear threats that our country faces today. Our government has failed to create jobs for the people.

"Instead of uniting people of all religions together, the government is busy creating anger due to lack of jobs into hatred between communities," he said.

"There is a serious problem in the country and you can solve this problem. I have come here to build that bridge," he told the gathering, while seeking their support in helping change India.

Gandhi claimed that the government's failure to create jobs is resulting in "tremendous unrest" in India and this anger is visible in the streets and is rising with each passing day.

He said the Congress has the strength to fight the BJP and claimed it will defeat the ruling party in 2019.

"Congress party knows how to fight. It defeated the British. It changed India and helped the country stand on its feet with the help of people.

On his vision for the party, he said he admits his mistakes as well as those of the Congress.

"We will have to present a new Congress, a new vision that is something you trust. You will see a dramatic change in the Congress party, you would believe you can trust," he said.

The Congress chief, who addressed NRIs from various parts of the Middle East as well as other countries, said he has not come to tell them anything but "to ask for your help. We need you to fight these forces of anger and hatred".

Noting that Mahatma Gandhi, Jawaharlal Nehru and B R Ambedkar were also NRIs, he said "Our ancestors needed you in 1947 to protect the idea of India and I have come to seek your help to transform India now".

Gandhi is here as a state guest of Bahrain.

He said that Indian politics is "quite a strange experience" and noted that signalling by politicians in the country is "wrong" which leads to incidents of hate and violence against people.

He said when such crimes take place, the government is silent on them and that should not happen.

"Today the problem is that the signalling is wrong. There is violence against somebody, there is silence. There should not be silence. The government of India should make its position clear. We cannot imagine an India that does not belong to all of us," he said.

Stressing that the grand old party has experience and youth, he said, "we will change to give you a new shining Congress party".

On "propaganda" against him on social media, he said, the truth will come out.

The Congress party, he said is "the most tested ideology" that "brings people together and does not create any division".

Drawing comparisons with China, which he said was galloping ahead in job creation, he said "what China does in two days, takes India one year to do" while claiming that job creation in India is at an eight-year low and new investments are lowest in 13 years, with bank credit growth also nosediving.