Rahul Gandhi said the Supreme Court in its verdict cited that a report by the CAG on the Rafale deal was submitted to the PAC but asserted that no such report was given to the House panel headed by Congress' leader in Lok Sabha Mallikarjuna Kharge. 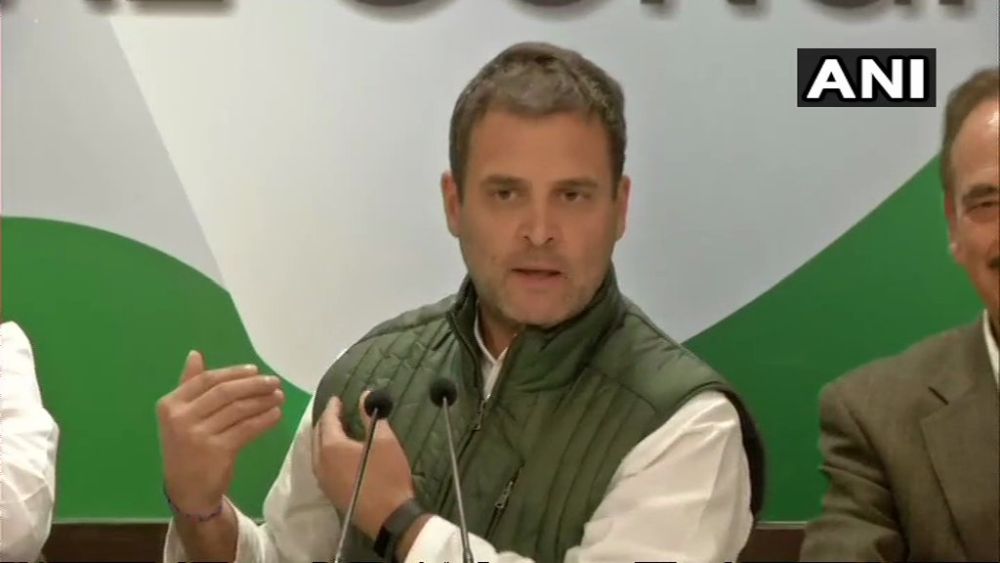 Notwithstanding the Supreme Court's verdict on the Rafale deal, Congress President Rahul Gandhi on Friday maintained that there was massive corruption in the contract and wondered why the CAG report "cited by the Supreme Court" on it had not yet been shared with the Public Accounts Committee of Parliament.

Gandhi also reiterated the Congress' demand for a Joint Parliamentary Committee (JPC) probe into the fighter jet deal and claimed that if it was conducted, names of Prime Minister Narendra Modi and businessman Anil Ambani will come to the fore.

Both government and Anil Ambani's Reliance Group have rejected Gandhi's allegations of any wrongdoing.

“The Rafale Deal Should Be Scrapped And Renegotiated”

At a press conference, Gandhi said the Supreme Court in its verdict cited that a report by the Comptroller and Auditor General (CAG) on the Rafale deal was submitted to the Public Accounts Committee (PAC) but asserted that no such report was given to the House panel headed by Congress' leader in Lok Sabha Mallikarjuna Kharge.

Kharge, who was also present at the briefing, said PAC has not received any such report.

"Where has that report gone? Is it with some other PAC that PM Modi has set up," he asked in a dig at the government.

Congress President Rahul Gandhi: How can it be possible that the foundation of SC judgement saying that pricing has been discussed in CAG report...PAC chairman (M Kharge) is sitting here, how come he never saw it. No one in PAC ever saw it. But Supreme Court saw it. #RafaleDeal pic.twitter.com/WWYR4fzZpe

He also accused the Modi government of destroying "all institutions" and asserted that corruption to the tune of Rs 30,000 crore has taken place in the Rafale deal under its watch.

In a relief to the Modi government, the Supreme Court on Friday dismissed the pleas challenging the deal between India and France for procurement of 36 Rafale jets saying there was no occasion to "really doubt the decision making process" warranting setting aside of the contract.

The apex court rejected the pleas which sought lodging of an FIR and a court-monitored probe alleging irregularities in the Rs 58,000 crore deal, in which both the countries have entered into an inter-governmental agreement (IGA).