Kartikey, Chouahan's son, has accused Gandhi of intentionally making false allegations about his name being in the 'Panama Papers' of alleged tax evaders. 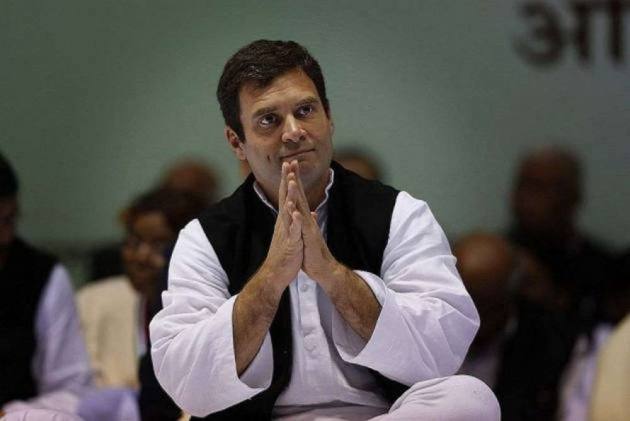 Kartikey recorded his statement before Special Judge (for cases against MPs and MLAs) Suresh Singh in the defamation case filed by him against Gandhi.

The court fixed December 17 as the date for submission of evidence in support of the complaint, Kartikey's lawyer Shrey Raj Saxena told PTI.

Kartikey has accused Gandhi of intentionally making false allegations about his name being in the 'Panama Papers' of alleged tax evaders.

The Congress chief had clarified later that he named Kartikey out of confusion, but did not tender an apology, the lawyer told the court.

At a Congress rally at Jhabua in poll-bound Madhya Pradesh, the Gandhi scion had alleged that Kartikey's name figured in the Panama Papers leak, a global investigation into offshore money-laundering entities.

However, the next day the Congress chief said he named Kartikey Chouhan out of "confusion".

Hours after Gandhi's allegations, Kartikey Chouhan had rejected the allegations.

"Rahul Gandhi has made a false allegation of my involvement in Panama Papers. I am aggrieved as the image of mine and my family were damaged in a childish manner," he had said, while warning of "strict legal action" if the Congress leader did not apologise within 48 hours

On October 30, Kartikey filed a defamation case under sections 499 and 500 of the IPC, against Gandhi.