Asked if he expected Rahul to take over next month, Moily said, "Possibly yes". 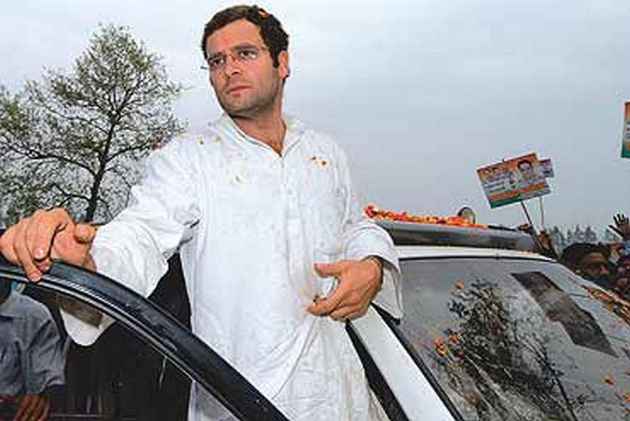 Senior Congress leader M Veerappa Moily today said Rahul Gandhi would like to emerge as the party president through an internal election process, and hinted that he may assume the charge as early as next month.

The Gandhi scion had recently said that he was "absolutely ready" to take up an executive responsibility if the party asked him to do so.

The former Union minister said that Rahul's taking over would be a game-changer for the party.

"He (Rahul) should immediately take over as Congress president. That's good for the party, good for the country," Moily told PTI.

"Everybody (in Congress) feels it is (his elevation) delayed. Now, he (Rahul) is waiting for organisation elections. He would like to emerge as the president of AICC only out of the election process," he said.

The internal election process in states is expected to be completed this month, which would be followed by the one at the AICC level, the former chief minister of Karnataka said.

Asked if he expected Rahul to take over next month, Moily said, "Possibly yes".

On what needs to be done to boost the prospects of the Congress, he said, "Rahul Gandhi is doing it. We will have to address the issues in respect of each of the state, because each state is different from the rest. So, that requires state-wise strategies not only for the coming state elections but also parliamentary polls in 2019."

Moily said Rahul has a "new approach and new method".

"...Definitely very much rooted with the legacy of the Congress party. It (Rahul becoming Congress president) is a game-changer. Not only game-changer but also Congress is well-rooted in continuity and legacy... With Congress virtues, he has an attitude for change, and he will do that," Moily said.

On what he wants Rahul to do once he assumes charge, Moily said he has to "first thoroughly reshuffle the people who are in-charge of the states, reshuffle immediately within a time-frame, all the state-level organisations right from grass-roots levels. These things will have to be reorganised."

"Our policy at the national and state levels should be reoriented and published so that people think there is always an alternative to the present NDA government," he said.

On the coming Assembly elections in Karnataka, Moily said, "Congress will come out with absolute majority. There is no question of BJP coming back."

Moily charged the BJP with failure to honour election promises and alleged that the economy and exports have sharply declined. "They (NDA government) have failed miserably. This is a worst scenario. The myth of the present NDA government will explode during the Lok Sabha elections in 2019," he said.

On the government favouring bringing petroleum products under the ambit of GST, Moily, the former oil minister, indicated that it would have to be done eventually.

"That (proposal to bring petrol and diesel under GST) cannot be opposed. It has to be brought under the GST today or tomorrow; instead of bringing it in future they have brought it (proposed now). (But) the manner in which they are hiking the petrol and diesel prices is totally unjustified," he said.

Moily also said that states have been opposing the move right from the beginning as they would lose money if it were to be implemented. But bringing petroleum products under GST would be good for the industrial sector.