The licensee of the food stall has also been reportedly warned, asked to replace the staff responsible and was fined Rs 8000 for the incident. 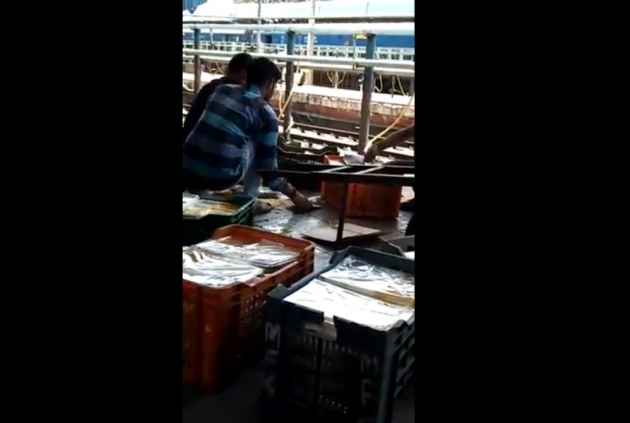 After a video of spilled food being scooped up with hands and re-packaged on the Visakhapatnam railway station platform went viral on Whatsapp, the Railways has said that the clip is old and that the licensee of the stall has been warned and fined.

The video itself shows three people sitting around crates of packaged food that is distributed to Railway passengers. One of the men is gathering what looks like rice which has dropped out of a casserole and is stuffing it into the foil packaging.

After the video went viral, The Hindu reports that the matter was investigated by the Commercial officials of the Railways. In a statement, the Divisional Commercial Manager B. Ramamohana Rao of Waltair Division reportedly clarified that the food from the casseroles was not recycled and that the video was old.

The licensee of the food stall has also been reportedly warned, asked to replace the staff responsible and was fined Rs 8000 for the incident. The official also told the newspaper that no adverse comments had been made against the Visakhapatnam railway station in a recent report by the CAG.

According to the CAG report, tabled in Parliament in July, unpurified water was being used to make beverages, rats and cockroaches were found in the pantry and food was being left out in the open among a number of other things.

The report called the food “unsuitable for human consumption”. A day after the report was tabled, the Ministry of Railways took to twitter to establish the fact that the Indian Railway Catering and Tourism Corporation (IRCTC) has been mandated to carry out the unbundling by creating a distinction primarily between food preparation and food distribution.

The ministry said as per the new catering policy of 2017, the IRCTC will manage the services on all mobile units and pantry car contracts will be reassigned to the railways' catering arm.

In addition to it, the policy also stated that all the food has to be picked up from IRCTC kitchen units only.

Apart from this, IRCTC will also be responsible for management of Food Plaza, Food Courts, Fast food units within the ambit of this policy.