Railway Ministry To Develop New Station Near Statue Of Unity

President Ram Nath Kovind will lay the foundation stone for the Kevadiya railway station, which will be located at a distance of five kms from the imposing structure, on December 15, the Western Railway (WR) 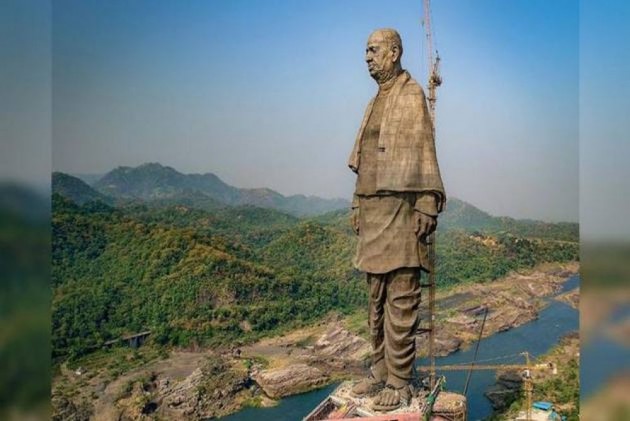 The world's tallest statue will get a world class station at Kevadiya near the site of the Statue of Unity in Gujarat's Narmada district, a Railway Ministry official said in Mumbai on Tuesday.

The statue is dedicated to India's first Home Minister Sardar Vallabhbhai Patel, which was unveiled by Prime Minister Narendra Modi in October this year.

President Ram Nath Kovind will lay the foundation stone for the Kevadiya railway station, which will be located at a distance of five kms from the imposing structure, on December 15, the Western Railway (WR) official told PTI.

After ‘Statue of Unity’, Gujarat May Get A 80-Feet Tall Lord Buddha Statue Too

‘The Statue Of Unity Is A Flawed Idea’

"The plan to come up with the railway station near the statue is being implemented by the Railway ministry after the Prime Minister's Office (PMO) asked it to develop a state-of-the-art station with a view to increase the tourist foot fall and boost local trade", the official added.

He said the Railway Board has sanctioned the work to convert 18-km Dabhoi-Chandod narrow gauge into broad gauge and extension from Chandod to Kevadia Colony by constructing a new 32-km line.

"We are carrying out works on 50-km railway tracks to facilitate this railway station which would cost around Rs 663.29 crore," said the official.

WR spokesperson Ravinder Bhakar said this station will be the first railway station in India with a green building certification from its first day of operation.

"This will help in promoting tourism at the national and international levels", he said.

"With a budget of Rs 20 crore, this eco-friendly and aesthetically pleasing station will be decked with local art and culture that will provide direct rail connectivity to the
world's tallest statue. We plan to complete the construction by September 2019," Bhakar said.

He said the railway station will boost the overall development of the region by triggering growth in trade and industries due to broad-gauge connectivity with the Mumbai-Delhi main line via Vadodara.

The 182-metre-tall monument has been built on an islet Sadhu Bet near Sardar Sarovar Dam. It is twice the height of the Statue of Liberty in the US.