Railways Takes A U-Turn On Vegetarian Diktat For Gandhi Jayanti 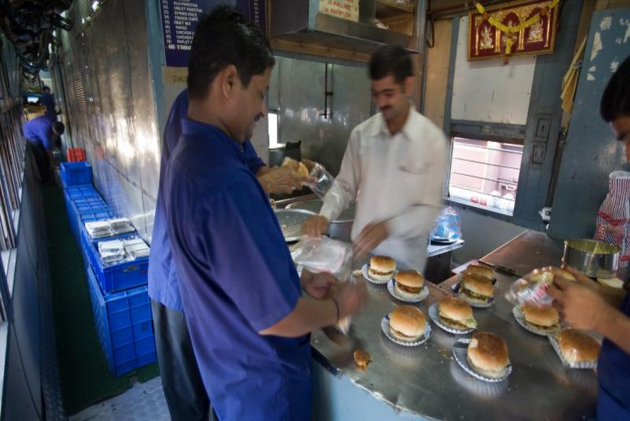 A day after waxing eloquent on plans to observe Gandhi Jayanti as 'Vegetarian Day,'  The Railways has taken a U-turn on the diktat.

On Sunday, Railway Board officials had planned to serve only vegetarian food on October 2 in all the 11,000 passenger trains and at the premises of all the 7,000 stations across India’s 67, 560 kilometer long rail network. A day later, the Indian Railway Catering and Tourism Corporation (IRCTC) –the ministry’s public sector undertaking – said there was “no truth in the matter”.  Meanwhile, a Railway Board official told Outlook: “There is nothing like a vegetarian diktat. If passengers want, they can voluntarily opt for vegetarian food in observance of the Father of the Nation”.

As it turns out, the “vegetarian day” plan had been at a proposal stage in the Railways ministry, which had neither been cleared by the Culture Ministry; nor had the IRCTC – the organization responsible for implementing the plan – been issued any directions in the matter. Clearly, the government’s propaganda managers in the Railways ministry went overboard with the plan.

According to news reports, no vegetarian food will be served to passengers on October 2 of 2018, 2019 and 2020 – the celebration years. Mahatma Gandhi’s 150th birth anniversary gets completed on October 2, 2019. A special “salt train” was also being planned to be run from Sabarmati on March 12 to commemorate the “Dandi March”, while a series of trains called the “Swacchata Express” (to promote the NDA government’s Swach Bharat campaign) were also planned from Sabarmati to various destinations.

Also on the anvil, were plans to convert railway stations into thematic museums through depictions of various aspects of Gandhiji’s life in the form of murals. Train coaches were also planned to be embossed with a special logo with an image of the Mahatma.

“In the run up to the 2019 general elections, BJP leaders have demonstrated an indiscreet propensity to appropriate the legacy of leaders of the Freedom Struggle including Mahatma Gandhi, B.R. Ambedkar or even Ram Manohar Lohia. “Therefore, it is quite likely that some of these plans will materialize, but these have not been frozen yet”, a senior Railways Ministry official said.

Marking the 125th year of the historic occasion when Mahatma Gandhi had been thrown out from a first class compartment in South Africa, the India Government had organized an entire railway station in the country to be wrapped in “Khadi” (hand spun cotton), while “Khadi” material had been used in the train compartments also. “We are planning similar strategies at Indian stations on Gandhi ji’s birth anniversary”, said a spokesman of the Khadi Gramodyog of India.