Rain, Thunder And A Temblor: The Unlucky Three

There is a hush and silence in my fields and it scares me to no end. 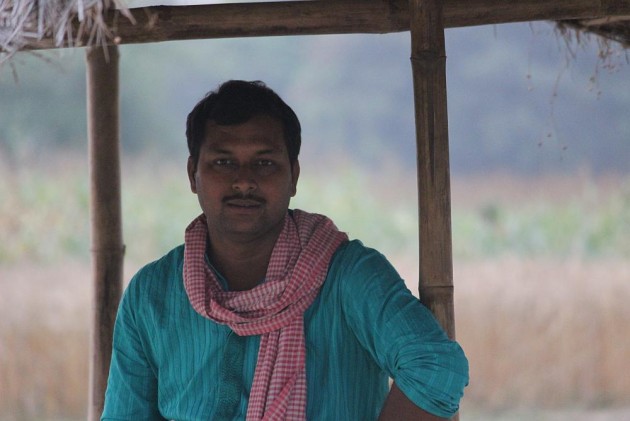 They say trouble comes in threes. This year I have seen the proverb come true in my own life.

March-April-May is the period that we farmers dread the most. Unexpected turn of weather almost always spoils some of our produce. But this year has been the most disastrous. On 30 March heavy downpour ruined almost 50% of my yield of wheat. Then the thunderstorm and downpour on the night of 21 April in 12 districts of north and north-east Bihar destroyed many acres of farmland. I saw houses, their tin roofs, fly away like cards and my own yield of maize disappear into oblivion. I have planted kadamb trees all over my farm. They act like an umbrella and help control the force of the wind and rain but even they couldn't do much against nature at its most brutal. The crop we had been tending to for four months was gone in less than half an hour. We lost everything, have reaped nothing out of the months of hard work this year. Monetarily, forget about the returns, whatever we had invested is also gone. On an average for 1 acre of maize I put in about Rs 16,000 and the income from it is about Rs 30,000. This year it has all come to a big zero.

The crop is our hope, it's our daily bread, it's our dream. The pain of a lost produce can't be healed, it has no cure. The government compensation is little and takes a long time to come. The young farmers are saying that they will move to Delhi-Punjab to work as labourers; there is no other way out. Farmers are a most resilient lot and their destiny is always in the hands of nature but this year nature has been cruel, it has been testing us specially hard. There is a hush and silence in my fields and it scares me to no end.

The recent earthquake has worsened the fear and panic. 1934 was the last big earthquake in Bihar when many cities were reduced to a rubble. Mercifully there has been no major damage this time. But every day we have been experiencing at least two tremors, around 12.30pm and 6pm which is when everyone prefers to move out. Old people are the most scared, schools have been closed and rumours are rife. Nepal border is just about 90 kilometres away and many victims of the earthquake have been admitted and are getting treated at the Purnea Sadar hospital. Nepal border also has one of the biggest marketplaces to sell are produce. This year we have lost both, the harvest and the bazaar.

Girindra Nath Jha did his graduation in economics from Delhi, worked in India Abroad News Service and did a research project on the telephone booth culture in migrant areas at the Centre for the Study of Developing Societies (CSDS). In 2012 he decided to quit his job as content executive in the Jaagran group to go back to his family vocation: farming. He grows wheat, maize, rice and potatoes, in 15 acres of land in Chanka village, about 25 kilometres from Purnea town.

He spoke to Namrata Joshi