'The car swept away in water. Ramjilal, his elder son and the relative were rescued while bodies of his two minor sons, Man Singh (13) and Raunak (9), were found stuck in bushes on Tuesday,' police said. 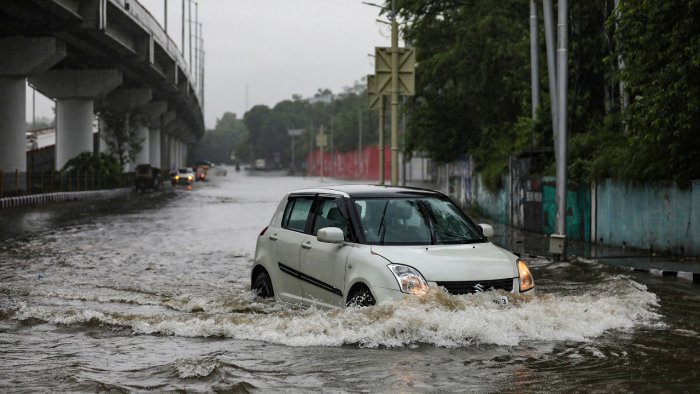 The first incident took place on Monday night when sweeping away of their vehicle due to strong water currents  led to drowning of two children in a drain in Sawaimadhopur district.

According to police, Pappu Lal along with his three sons and a relative was travelling in a car and tried to cross the drain despite high water level.

"The car swept away in water. Ramjilal, his elder son and the relative were rescued while bodies of his two minor sons--Man Singh (13) and Raunak (9)--were found stuck in bushes on Tuesday," police said.

In a similar incident in Rajasthan’s Tonk on Tuesday, an ambulance carrying a woman’s body was washed away in strong currents following rains, which killed her 12-year-old son. Her husband is also missing.

The incident took place near Siras village when the ambulance going from Jaipur to Tonk carrying the body of Geeta Devi (42) was washed away in strong water currents, Barauni SHO Datar Singh said.

Twelve-year-old Ankit died while her husband Ramjilal (45) is missing, he said.

The ambulance driver and a relative came out of the vehicle after breaking its window, the SHO said, adding both were taken out safely by an SDRF team.